WASHINGTON, D.C. — House Republican Whip Steve Scalise (R-La.) joined Fox News Channel’s The Ingraham Angle last night to discuss Republicans on the Select Subcommittee on the Coronavirus Crisis’ report revealing that the Centers and Disease Control and Prevention (CDC) allowed the American Federation of Teachers to re-write critical portions of the Biden Administration’s school reopening guidance. Whip Scalise highlighted that the CDC initially planned to issue guidance that would have been more favorable towards opening schools but reversed course after consulting with teachers union bosses. In addition, Whip Scalise called out the Biden Administration for giving favorable treatment and access to teachers unions over parents. 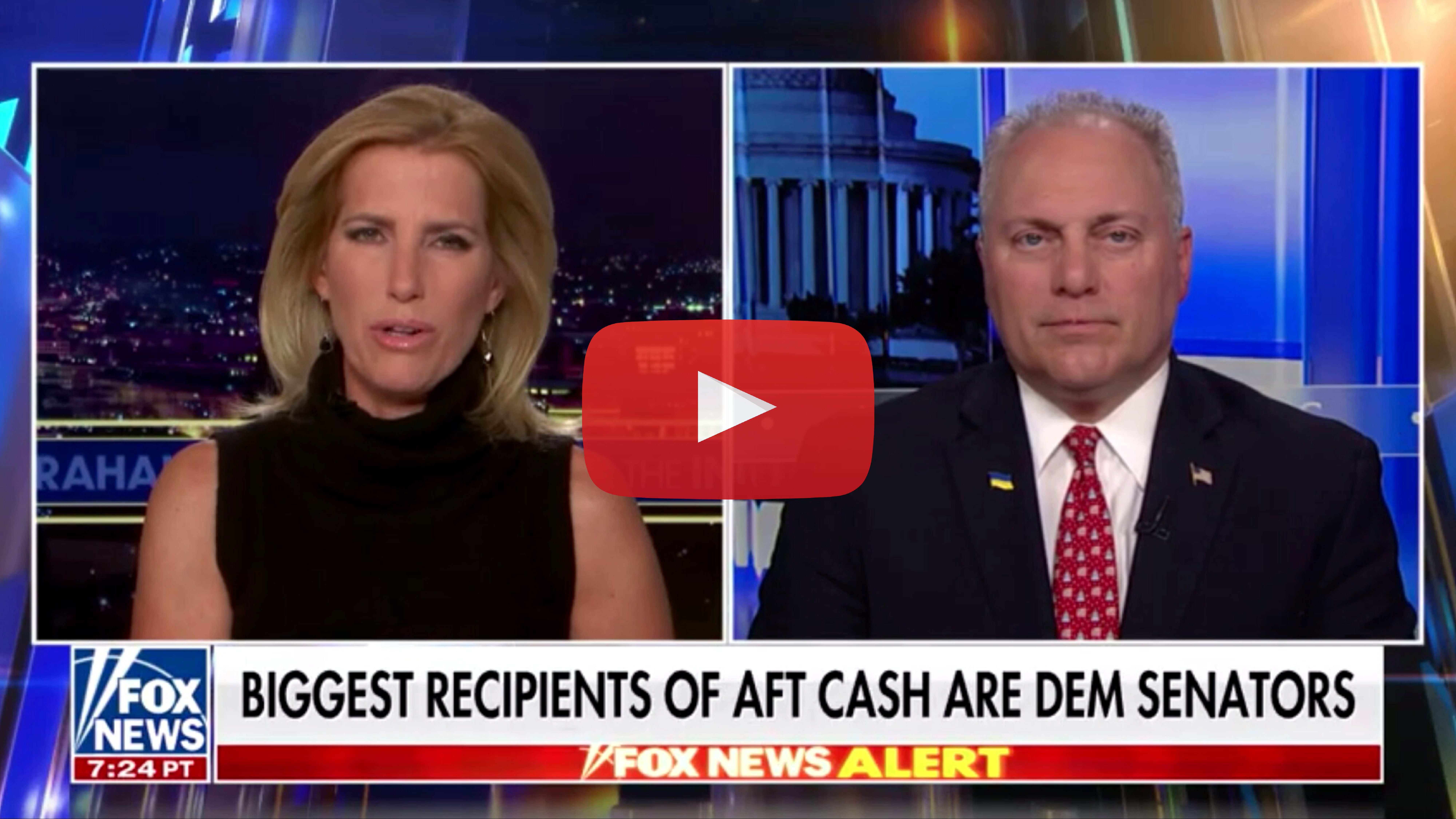 On Select Subcommittee Republicans’ interim report revealing that the CDC bypassed scientific norms to allow teachers union bosses to re-write official guidance: “What we exposed through this is that it was political science, not in medical science, that [the] CDC used to put their guidance out on school reopenings. And, in fact, [the] CDC was getting ready to come out with guidance that would have been more favorable towards opening schools, and then the teachers unions were given – over a week before it came out – were given a sneak copy of it that no one else got that we’ve been able to find – and said, ‘Okay, what do you think about this?’ And we uncovered emails between the CDC Director and the union president saying, ‘Wait a minute, we don’t like this. We want new language that makes it easier to close schools.’“And they actually – the unions – gave different language to the CDC. And then [the] CDC’s final language was almost word-for-word, verbatim, from what the teachers union said. I don’t know of any other group – surely no parents groups – that got this kind of VIP access. And in fact, I asked the CDC Director today in the hearing to give me a list of anybody else that they gave this kind of access to change the documents.”On the need to investigate the CDC for allowing teachers unions to interfere in schools reopening:

“Ultimately, what [the teachers union bosses] said was ‘We want stronger guidance to keep schools closed. To keep millions of children out of schools.’ And keep in mind, too, Laura, this is all going on under the backdrop when the Justice Department is calling parents domestic terrorists for showing up at school board meetings.“So, I asked the CDC Director, ‘Give me names of parent groups that you consulted and gave the same kind of VIP access?’ They couldn’t give me a name. And, I said, ‘I want to know, like, were parents allowed to have the same kind of ability to change the science, like the unions were able to get to keep schools closed?’ And she couldn’t give me a single name because it was the union bosses who said, ‘Look, don’t come up with this until you give us new ability to shut down schools,’ and they paid off their friends and gave them the language.”