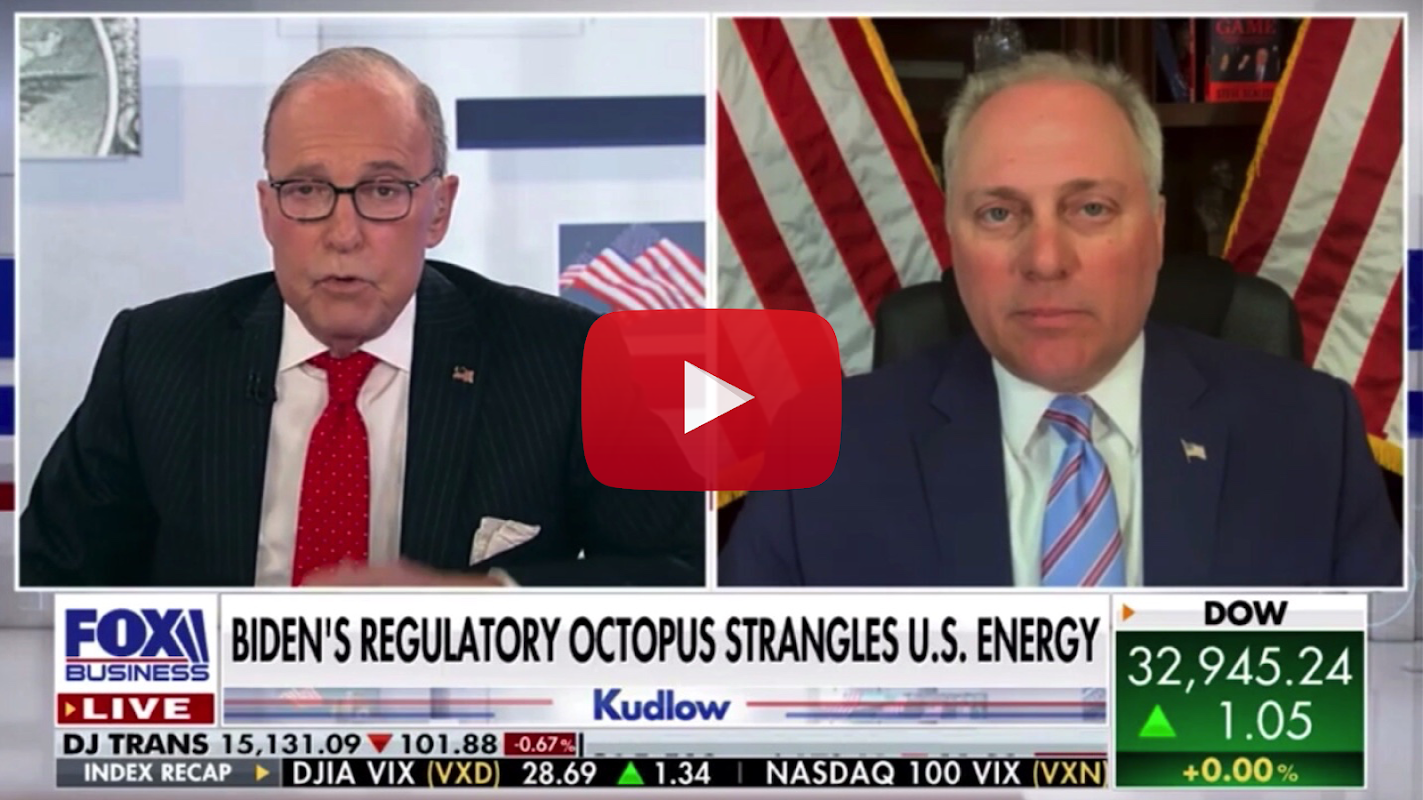 On Democrats pushing for more spending while inflation soars:“The most important thing is to stop paying people not to work. Stop all this ‘stimulus.’ [It’s] just a flood of the money that was going in to pay people to replace work. And I think you’re finally seeing that attitude, not only amongst us, but [Democrat Senator] Manchin is definitely in this camp too.“And so, what you need to do [when] you think about defense, I mean, we’re going to say [President] Biden didn’t want to properly fund defense. And by doing short-term bills on defense, it actually costs our nation’s defense about $1 billion a month that we lose in the ability to do any kind of long-term planning. And so, that now at least is resolved.”On President Biden’s failure to protect Ukraine:“But look, [President] Biden still doesn’t get it on Ukraine. He doesn’t want to give him the help. You know, they’re having this fight over the MiGs. And it’s Poland’s MiGs. It’s not even American planes – that America would come behind and backfill NATO’s planes that they would give to Ukraine. But [President] Biden doesn’t even want to help them with that.“He dithered for months on the surface-to-air missiles that they were asking for. Imagine if back in October, Zelenskyy [received the] surface-to-air missiles [that he asked for] before Russia invaded. A lot of this bombing, you’re seeing just leveling of cities and killing people like genocide, would have been able to be prevented because they would have been able to train the Ukraine military to use those kinds of weapons. They can’t even get a lot of those weapons in right now because it’s a war zone.“So, all of these are signs that President Biden continues to have this attitude of, ‘Well, I don’t want to help Ukraine too much because he might offend Putin.’ Stop funding Putin’s war by opening up energy in America. We should be drilling in every part of the country we can to lower prices and take Putin’s leverage away. Biden won’t do that either.”On the need to reverse President Biden’s war on American energy:“[President Biden] is begging dictators to replace one dictator in Putin with other dictators in Iran and Venezuela. Stop begging dictators! The answer is beneath our feet. Midland would be happy to do it [and] Port Fourchon in South Louisiana. They’re ready to go. They know how to do it safely. By the way, [drilling for oil in America is] more environmentally friendly than anywhere else in the world. So they talk about carbon emissions. The places they’re trying to beg, like Iran and Venezuela, emit more carbon than if you made it in America.“These people are wrong on every front. Make it in America, you’ll lower the cost, and you’ll lower carbon emissions. You know, stop hanging out with these Green New Deal frauds who say, ‘Oh, don’t drill in America,’ and then they force you to drill in places like Russia and Iran who admit more carbon. It’s lunacy.“You take money out of [Putin’s] pocket. Hundreds of millions of dollars a day Putin is pocketing off of oil sales and a higher price, by the way, benefits Putin. Stop buying it from him and stop buying from other dictators.”