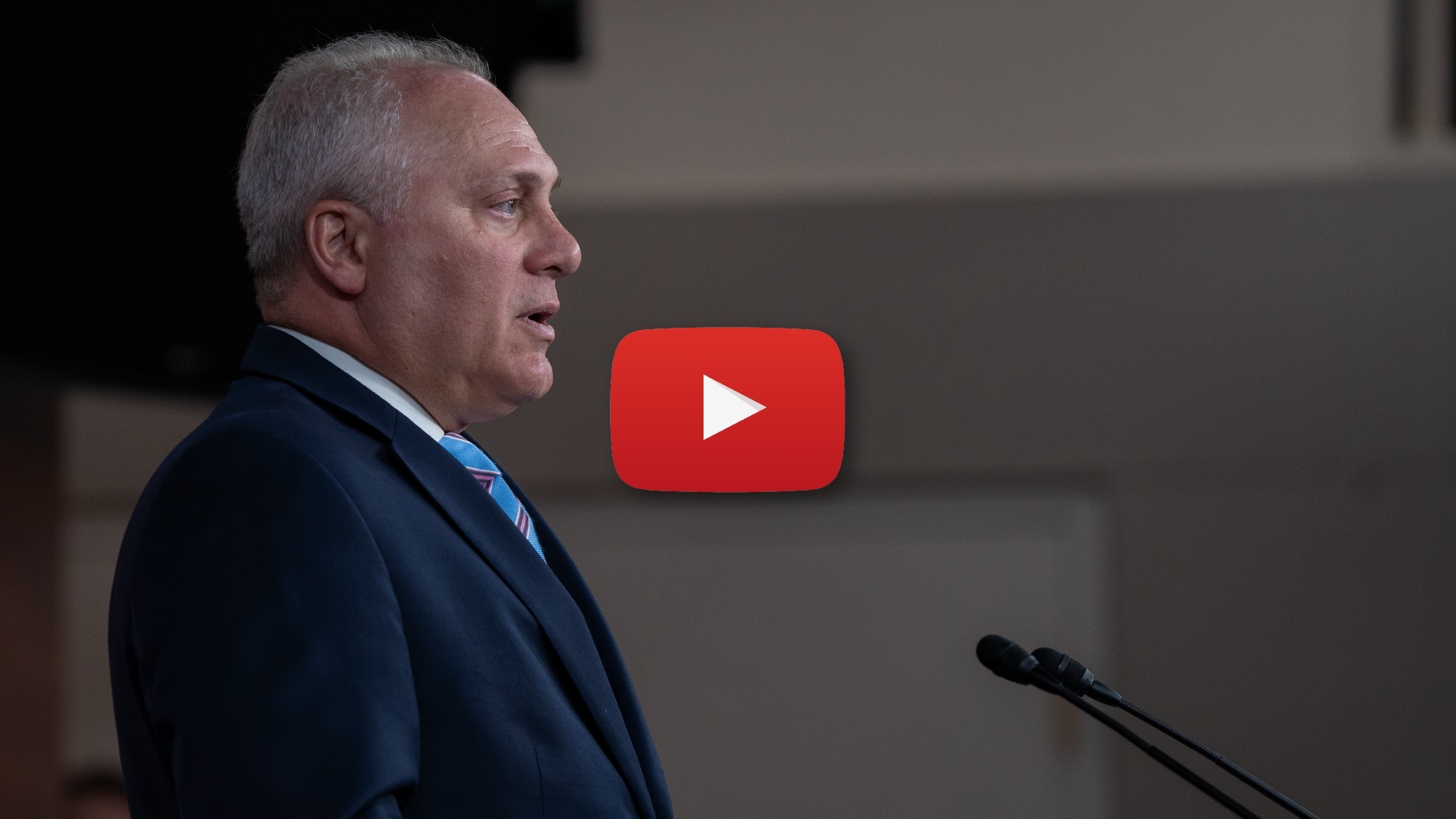 Click here or on the image above to view Whip Scalise’s remarks.
On Democrats’ doubling down on their inflationary policies:“Unfortunately, later this week, economists are expecting that it will be confirmed that the United States is in a recession.“We’ve seen the indicators for months now. Families [are] paying more for goods everywhere they go. If you go to the grocery store, you’re paying 20, 30 percent more. Gasoline, of course, has more than doubled from what it was before [President] Biden took office.“And so, you would think [President] Biden would be spending all of his time trying to figure out a plan to fix this crisis – but in fact, we’re seeing the opposite. We’re seeing denial.” On the Biden White House attempting to redefine what a recession means:“What you’ve seen in the last week is President Biden spending more time trying to redefine what inflation and a recession [are] rather than working to lay out a plan to stop us from going into a recession or to get us out of a recession. “The real simple answer is just by reversing so many of the failed policies that President Biden has put in place since he’s taken office that have caused this recession. You can’t redefine your way out of a recession. You’ve got to reverse the failed policies. “But the first step to fixing any kind of crisis is to first admit the crisis – admit the problem that he’s created. And he won’t do it! [President] Biden won’t look the American people in the eye and admit that his programs have failed. He won’t admit that he has brought this country into a recession. Instead, he just wants to keep denying and try to redefine the term recession.” On the American people rejecting Democrats’ socialist agenda:“[The] American people know better. The American people know what causes these problems. They’ve seen the spending – the trillions of dollars in spending – paying people not to work, bailing out failed states, picking winners and losers, and then, ultimately, what you’ve seen on energy.”On President Biden choosing not to invest in American energy production: “[President Biden is] literally attacking American energy while he flies off to foreign countries, begging them to produce the energy that we could be producing here [which is] a lot cleaner at lower costs. [Increasing American energy production would] lower emissions [and lower] gasoline prices, but [President] Biden won’t do that.” On President Biden bragging about lowering record-high gas prices:“In fact, earlier this week, [President] Biden sent some of his minions here to Congress, trying to get House Democrats to go brag about how low gas prices are. Can you believe how out of touch Joe Biden is as President, that he’s trying to get Democrats in Congress to brag that gas prices are low? Everybody knows how high gas prices are and that they’re double what they were the day that he took office and started an assault on American energy.”On Democrats refusing to work with Republicans to reverse their self-made crises:“Now, if [Speaker] Pelosi wanted to work with us to solve the problem, there are a lot of offers we’ve put on the table to lower gas prices. But, as you can see this week, like we’ve seen week after week, Democrats have no plan to solve any of these problems.“They don’t have any plan to solve the inflation crisis. Democrats have no plan to solve [the] gasoline crisis. Democrats have no plan to solve the border crisis. They just want to keep spending – they just want to keep going down this far-left radical road that has caused all of these problems.” On House Republicans’ upcoming bold conservative agenda:“The good news is over this August recess, you’re going to see Republicans fanning out all across the country, talking about our ‘Commitment to America’ – what we would do to lay out a plan that would solve these crises that [President] Biden and Speaker Pelosi have created.“We’re going to lay out a plan for how to get inflation under control. We’re going to be laying out our plan for how to lower gas prices, for how to secure America’s border, for how to put parents in charge of their kids’ education again so that we can actually have the ability for parents to pull back the veil as we saw during COVID for so many of the things that were going wrong in schools when union bosses were sided with over kids.“That’s what we’re going to be talking about during this August recess, and I think you’re going to see more of a hunger than ever before for those bold conservative policies that would solve these problems in the face of Democrats – from President Biden to Speaker Pelosi on down – who have no plan to fix the crises that they’ve created.”