Whip Scalise highlighted that the national average price of gas reached an all-time high in the United States and blasted President Biden for turning to America’s enemies like Venezuela and Iran for oil instead of American energy producers. Additionally, Whip Scalise pointed out that the Biden Administration’s war on American energy, like canceling the Keystone XL pipeline and placing a moratorium on all new oil and gas drilling, has fueled Vladimir Putin’s barbaric invasion of Ukraine. 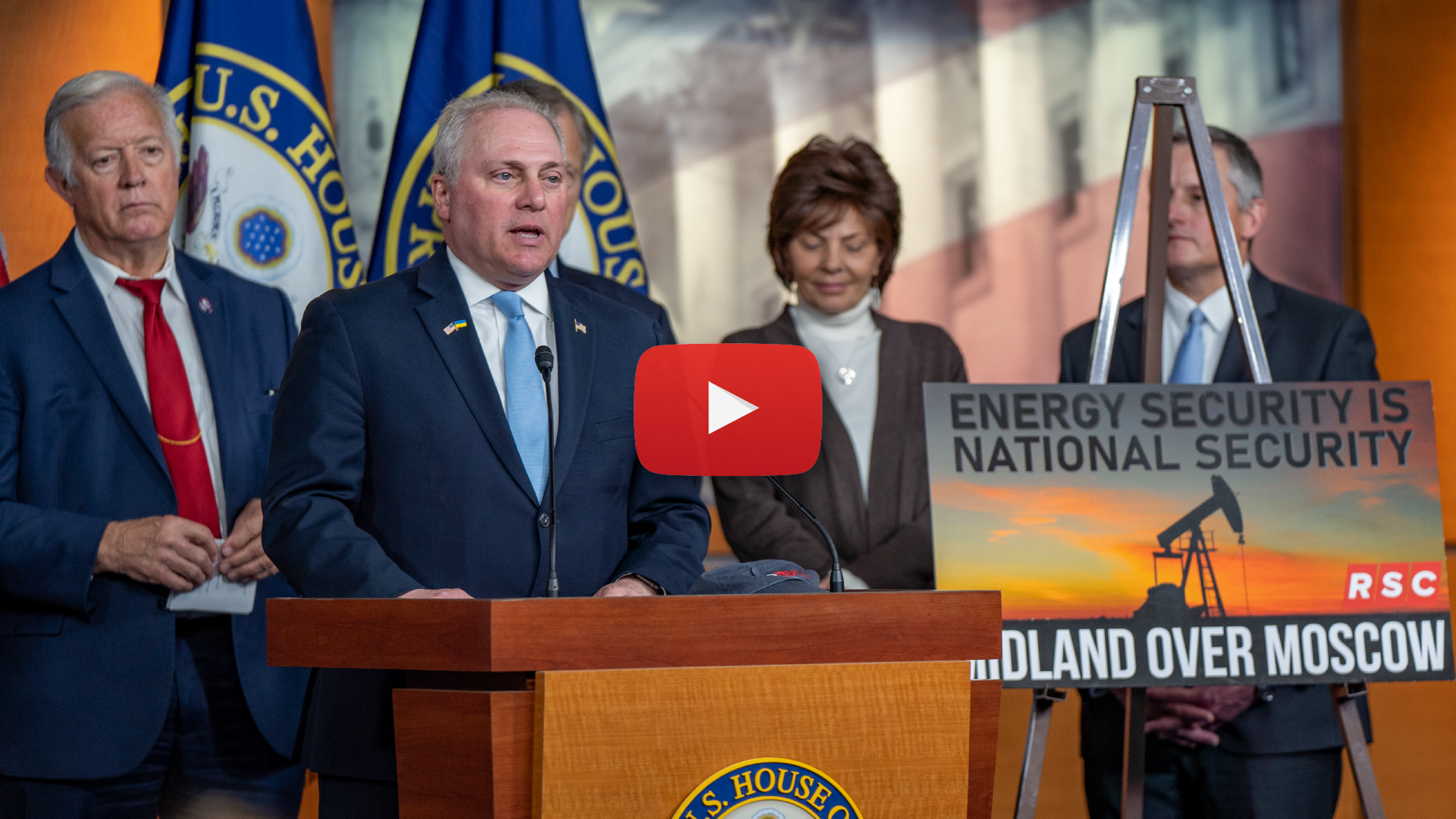 “Most Americans know what the problem is right now. We all want to help Ukraine maintain [its] independence. We all support and stand with the people of Ukraine as they battle against Putin’s forces. But just like the people in Ukraine know – people here in America know that it’s American dollars and European dollars that have been helping finance Putin’s war because Joe Biden turned off the spigots in the United States when he became President.

“Those decisions are having devastating consequences. And rather than looking in the mirror and acknowledging what he did, President Biden wants to continue to double down on his anti-American energy strategy. It’s failed the American people. It’s enabling Putin to finance his war. And right now, what is President Biden talking about? He might finally be coming around to banning Russian oil. But the problem is [that President Biden] wants to replace it by begging other dictators to replace the oil that Putin was providing when the answer is right underneath our feet. It’s right here in America.

“There is no safer and more environmentally sound way to produce energy than in the United States of America. He likes talking about carbon emissions, but we emit more carbon if you make oil in Russia or Iran or Venezuela versus making it in the United States of America. He won’t answer that question. What [does] he [have] against American energy? And it makes our country less secure, and it funds dictators around the world. Why [does] he pick up the phone and call dictators instead of picking up the phone and calling energy companies here in America and [say], ‘Let’s produce our own [energy]. Let’s greenlight pipelines that safely transport oil throughout the United States, that would safely transport Canadian oil into the United States rather than bringing tankers of Russian oil.’

“These are the decisions that are having devastating consequences. And again, Putin was making $700 million a day selling his oil to the United States and Europe. And so, while you get rid of Russian oil, you don’t send that $700 million to other dictators around the world. Keep the $700 million here in America every single day. Create those jobs here.

“There’s no doubt why Americans today are paying the highest price for a gallon of gasoline in the history of the United States – over $4 [per] gallon – it’s because of Joe Biden’s anti-American [energy] strategy.

“We – as members of the Republican Study Committee – are calling on Joe Biden to reverse his anti-American energy strategy. Stop calling foreign dictators for oil and utilize the great resources of the United States of America to produce low-cost, high-security energy.”