WASHINGTON, D.C. — Today, House Republican Whip Steve Scalise (R-La.) joined Fox News Channel’s Fox & Friends to discuss Democrat Senator Joe Manchin’s opposition to his party’s radical legislation, H.R. 1, which would nationalize elections and undermine the voting systems of state governments. Whip Scalise called out President Biden for failing to live up to his campaign promise of unifying the country and criticized the President and his leftist allies for creating divisions by attacking those who disagree with their radical agenda. Whip Scalise slammed President Biden’s disastrous far-left policies, which have hurt American workers, led to skyrocketing inflation, and paved the way for Russia, China, and Iran to grow stronger on the world stage. 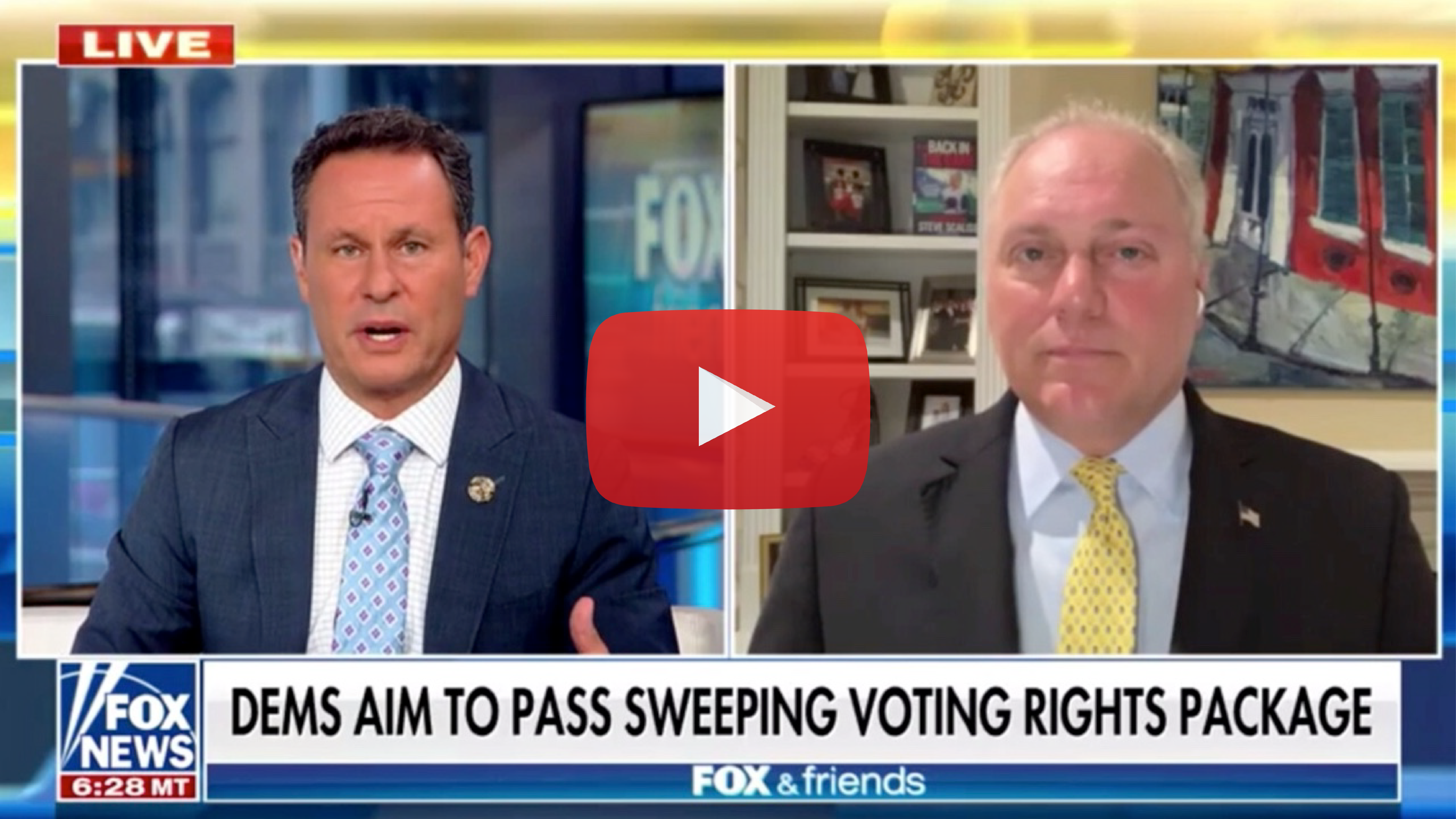 On Joe Biden’s failure to unite the country:

“Remember when Joe Biden promised that he was going to unite and work with everybody? He’s out there undermining people on his own side because Joe Manchin says he wants to help President Biden fulfill his promise of working with people. And by the way, in not passing more bad legislation because, you know, a Democrat only infrastructure bill that would be much more a Green New Deal things that have nothing to do with roads and bridges would not be good for the country. At least Joe Manchin [is] putting his marker down on that and on H.R. 1, which is a bad piece of legislation. [Manchin] says that it’s time that President Biden has to start working with Republicans like he promised.”

“Think about this: you know, you’ve got a lot of states out there that have their own voter integrity protections in place. West Virginia didn’t have issues in their election. You know, go look at Florida back in 2000. You had the disaster with Broward County, where they’re counting ballots that don’t even have marks on them, and Florida fixed those laws. If you look at what H.R. 1 does, it overrides all that. It basically takes California’s election law and turns it into America’s law and gets rid of voter fraud protections which is something you don’t want to do. So again, what Joe Manchin did – Joe is tough. I mean, they might threaten him. I think it’s a mistake for them to threaten him. They ought to listen to what he’s saying. What he’s saying is, ‘Joe Biden, you ran saying you were going to unify the country and work with everybody it’s time you start doing that.’”

“I mean, regardless of the elections in 2022 or 2024, we’ve got to do what’s right for the country. The policies right now are destroying the fabric of America. Look at our economy. You’ve got a lot of problems there. You’ve got inflation through the roof. Our adversaries — Russia, China, [and] Iran — are all on the move. They’re all testing President Biden right now, and frankly, President Biden is failing those tests. Just look at the recent hacks. Look at what China is doing. [Biden is] trying to give away the intellectual property of the vaccine to China right now.

“So, I think in the end, what any President has judged on is their performance, and right now, the performance has been very dismal. [Biden is] bad for American jobs. The Keystone [pipeline is] gone. President Biden approved the Russian pipeline, Nord Stream, to Germany. So he’s killing American jobs [and] giving jobs to foreign countries. Those aren’t good fundamentals.”