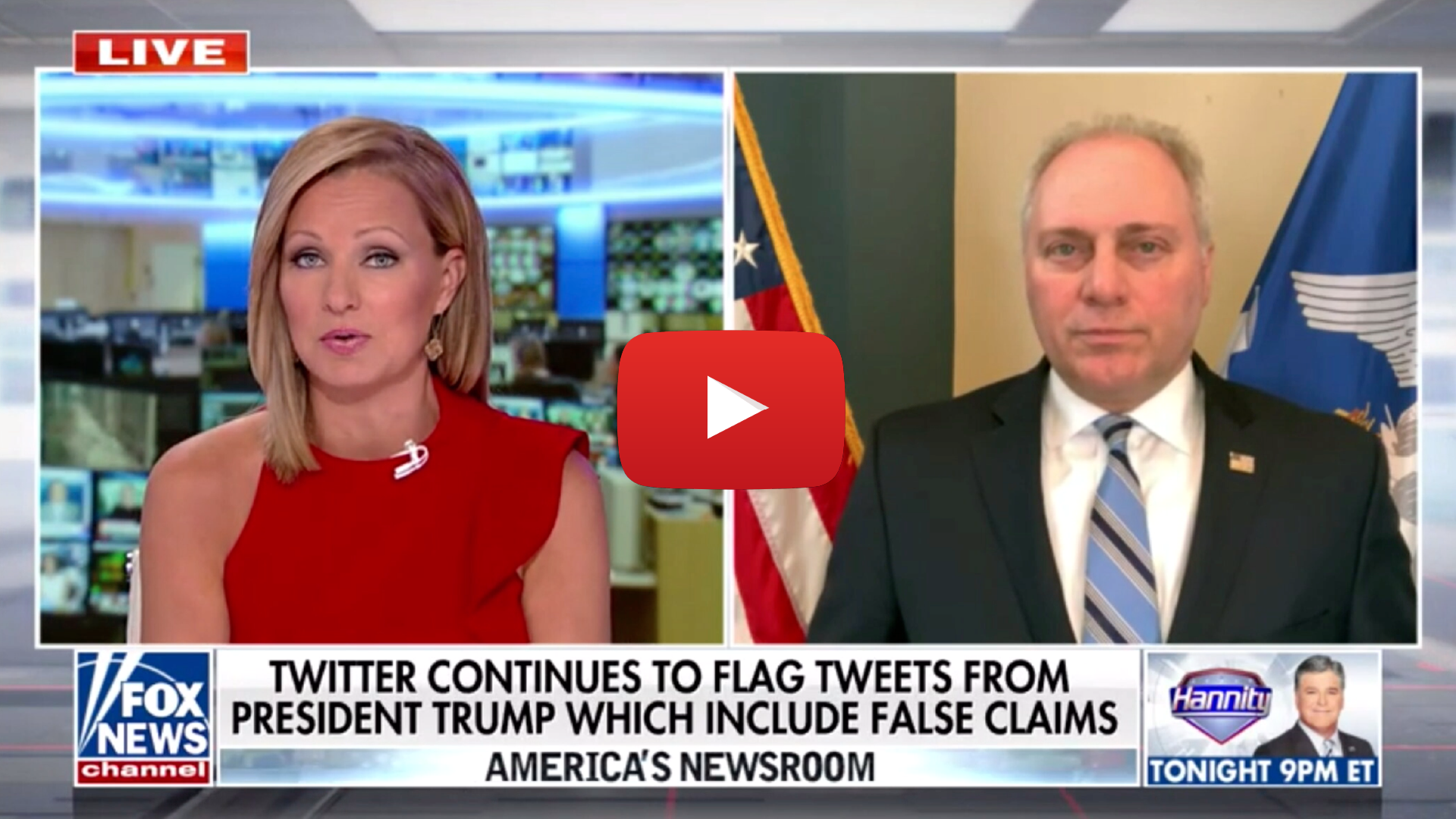 On Big Tech’s bias against conservatives:

“Big Tech’s both coordination, collusion, and censorship against conservatives was on full display in that hearing yesterday. It was very concerning. Not only seeing some of things pointed out that they blocked conservatives on just opinions, and yet, the Ayatollah in Iran can say anti-Semitic things that aren’t flagged, and yet, they won’t even commit [to transparency]. I think Senator Cruz asked, ‘Would you commit to giving us the metrics, the numbers on how many conservatives have you blocked versus how many liberals have you blocked?’ They have that data. They just wouldn’t commit to showing it. And yet, they sit there and say they want to be transparent. Of course they don’t want to be transparent, they want to continue to censor conservatives because the bulk of their employees are liberal. That’s not what they should be doing, they shouldn’t be running a liberal social media platform.”

“Twitter’s bias against conservatives was not a mistake, it’s a bias. They have a very large majority, somewhere around over 90% of all of their employees who donate to campaigns donate to Democrats. And so, ok, everybody has political views but you’re supposed to check those at the door if you’re acting as a publisher. They’re not just letting content out there, by the way, the idea that they should have the Section 230 protections against being sued shouldn’t apply if you’re starting to pick and choose whose views you’re going to put out there in the public square. That’s what they’re doing, their bias was on full display. They ought to fix it, otherwise they’re going to start losing customers. There will be a conservative alternative to these social media sites if they continue to be biased against conservatives.”

“If you do something accidentally that can be a mistake. If you do it time and time again, it’s deliberate, it’s intentional. And so, the real question is where is the transparency, Sandra? What’s happened to those employees that continue to block conservatives, to in essence discriminate against conservatives? Clearly those employees have a bias that are in that ring, that circle, star chamber that are the ones blocking all this stuff. Shouldn’t you at least have an equal group of conservatives and liberals in the group that makes the decisions? And if you don’t, you ought to hold people accountable. Some of those people should be fired or removed from their positions and they haven’t yet. That needs to happen.”