WASHINGTON, D.C.—House Republican Whip Steve Scalise (R-La.) joined Republican Leader Kevin McCarthy (R-CA), Republican Conference Chair Liz Cheney (R-Wyo.), and other Republican Members at today’s leadership press stakeout to discuss the Republican lawsuit against Speaker Pelosi for her unconstitutional proxy voting scheme which allows Democrats to turn their district’s voice over to someone else. Over 70 Democrats have decided to sit at home and fail to do their job this week as Americans across the country begin to return to work and essential workers remain on the front lines.

Additionally, Whip Scalise voiced his opposition to the FISA bill on the Floor this week and emphasized the need for Congress to reform the program to hold bad actors accountable and prevent future abuses like we saw against President Trump and his campaign. 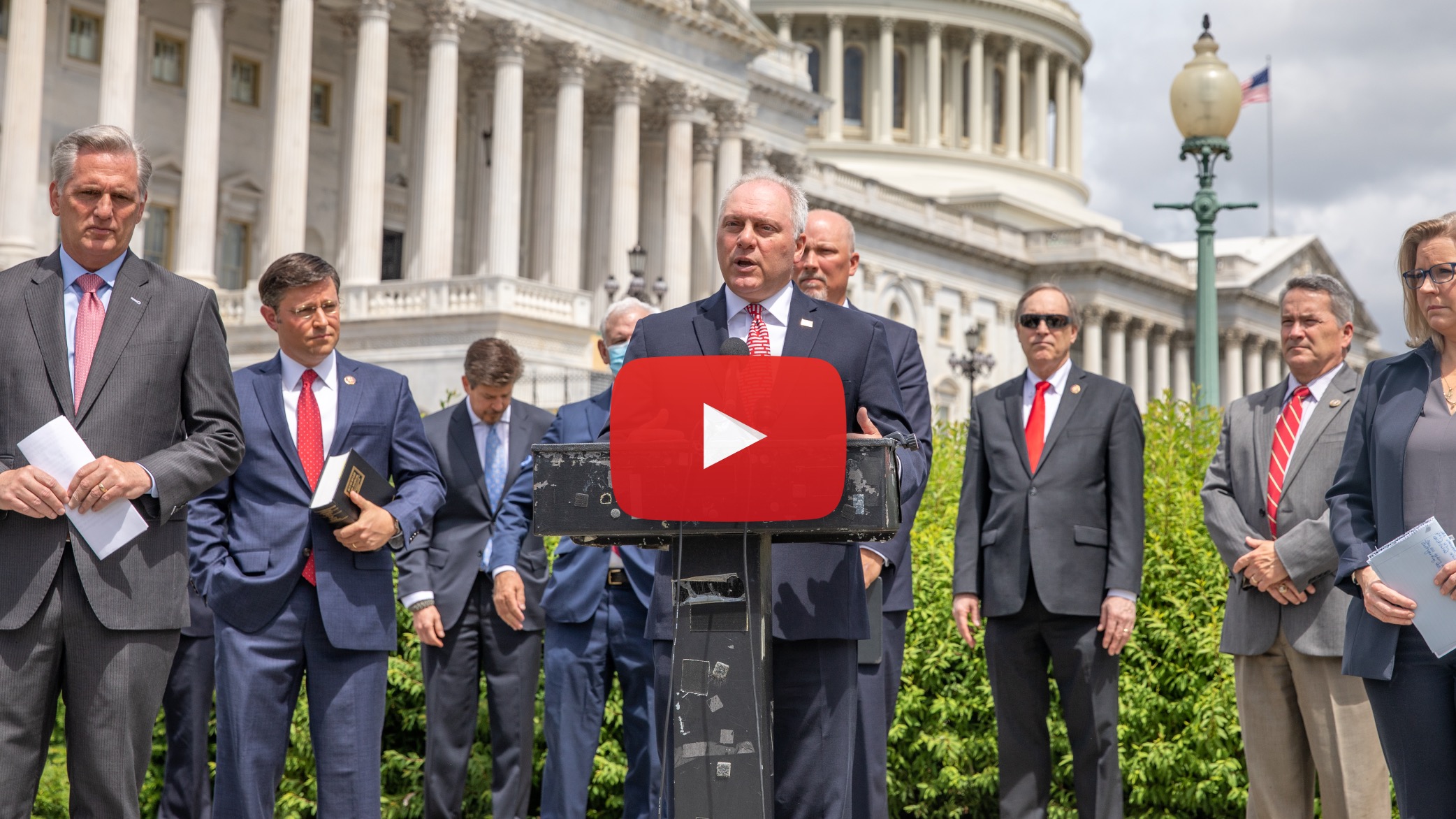 On the need to show our country that Congress can safely reopen and work on behalf of the American people:

“It’s really important that we show up here to work at the Capitol to do our job as we’re calling on Americans all across the country to safely reopen. We’re helping states safely reopen; the President’s been getting additional protocols issued by CDC to show how states can do this safely. You can see so many states, over 36 states, have already reopened, entering into Phase 1 and [have] done it in a really smart way. We ought to be sharing the best practices, not only amongst states, but how different businesses are opening, how restaurants are doing this, how retail stores are reopening. We’ve seen the devastation that this has caused to our economy and the importance of getting that back up and running. We’ve also seen the health consequences of not having people be able to get out and go back to their doctor. Deaths that are up – in my own home Parish, we’ve seen over a 40 percent increase in non-COVID related deaths from this year compared to last year, taking a 6-week period because people aren’t going out and seeing if they have chest pains, they’re not going to the doctor and they’re dying in their houses of heart attacks. Children aren’t being immunized, and we’re seeing reports now, medical studies that show we could have a wide outbreak of things like measles that could kill a lot of children that otherwise would have been able to get those shots. So, there is a cost and a consequence. It’s why we need to safely reopen, it’s why so many states have shown how they can do it. But Congress ought to be leading the country and showing how to safely reopen. We shouldn’t be the last to reopen and show up and do our job, we should be the first.”

“We’ve been able to have votes on the House Floor successfully and safely. In the last few weeks, we’ve had votes with over 380 Members here, present, and voting before Speaker Pelosi put in this unconstitutional proxy voting scheme. And so, when you think about this, the idea that today on the House Floor someone could be sitting in the state of California and be registered as voting present on the House Floor because someone else pushed the present button for them. There was a great article written ‘Voting Present by Proxy is [an Unconstitutional] Oxymoron.’ This is not constitutional. The Constitution makes it clear that we have to have a majority of Members present for a quorum to do business.”

On the need to reform the FISA process to hold bad actors accountable and prevent future abuse:

“And then you look at this FISA bill, and we just formally announced a whip against it because number one, it’s not going to become law, number two, there’s still so many questions that need to be answered about real abuses that happen in the FISA system. I have been a strong supporter of the FISA Court and its ability to properly help maintain the national security of our country, but the FISA process was abused and those people who abused it haven’t yet been held accountable. All of the facts haven’t come out on what we know happened with the FISA Court, and that needs to happen to reinstitute the credibility of that important program for our national security. And so, I would urge the Democrats to pull that bill because even if it were to pass, and again, think about this proxy voting which is constitutionally challenged – if this vote were to pass, it would only pass with proxy votes, meaning the constitutionality of this program would be questioned for a program that’s already got its own taint on it. So, we need to work together to help reopen the country, to show America that Congress is here working for the American people and it’s time for that to happen. Speaker Pelosi needs to start insisting that all of her Members show up to work here at the Capitol, doing it safely and working to do things like holding China accountable. Why is it that Nancy Pelosi will not spend time on the House Floor holding China accountable for their role in [Coronavirus]? That’s something that they’re going to have to answer for, but we’re going to keep pushing for those kinds of reforms.”