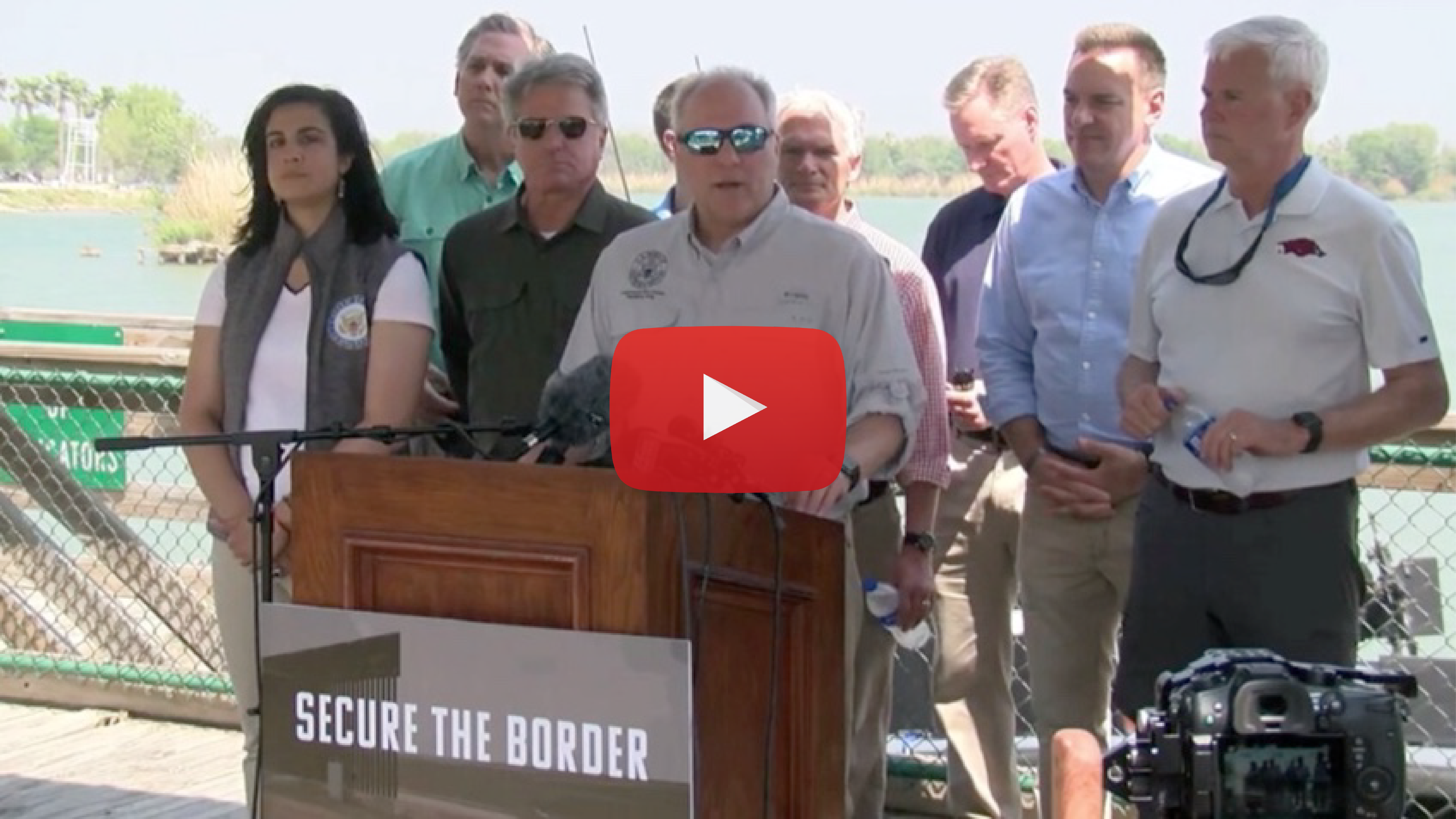 “I’m joined by a number of my colleagues from all around the country. And we started yesterday touring around with the Border Patrol agents, especially last night when you see the large numbers of people crossing illegally over the Rio Grande. And it was alarming just how quickly we saw large numbers of people coming across. Over 100 people [were] already being held in a processing center, and then as we were standing [for] less than an hour, you just would see groups of people coming across, one after another knowing that because of what President Biden has done with his policies since taking office. President Biden sent the message around the world that America’s border is open.

“And you see the drug cartels, especially, exploiting these major loopholes in America’s southern border to make millions of dollars a day bringing people across illegally. What was most heartbreaking was seeing the young kids, so many young children that are being trafficked and brought across — many of them sexually assaulted along the way. When they come here, they’ve already been separated from their families in most cases, and then today we went to the Donna Detention Facility, and this really underscores how egregious President Biden’s policy is on these children. We went into a facility —  in the middle of a pandemic — that is designed to hold no more than 250 people. Today, there [are] more than 4,000 people. And then we looked in some of President Biden’s holding cells that he set up for these young kids. Most of these cells were designed for 33 people. They have over 400 in each of these cells. One of the first people we encountered was a young girl, maybe no more than 10 years old, who was crying. And we asked her, ‘Why are you crying?’ And she said, ‘Because, I don’t want to be here.’ I’m a father. How could President Biden and Kamala Harris allow this to go on and not even come here and see it for themselves? It’s a disgrace that they won’t come and talk to girls like the girl we talked to this morning — crying because she doesn’t want to be here. But because he wants to appease his far-left base and tell the world that America’s border is open and undermine our national security, these kids are pawns in his dangerous game. It’s got to stop.

“It was created when President Biden got rid of things like the ‘Remain in Mexico’ policy. He could put that back in place tomorrow and stop this surge of illegals coming over. Stop this boondoggle he’s giving to the drug cartels to not only make millions of dollars off the human trafficking, but they know what the loopholes do to our border patrol agents. Forty percent of America’s border patrol agents at these high-trafficked areas are not stopping the drugs from coming in, which is their mission and what they want to do. They have to be over at these holding facilities babysitting the children that have come over, and the drug dealers know it which means there are porous areas of our border opened up for the drugs to come across. And the drug dealers know while the Border Patrol agents are taking care of the kids that are coming across illegally, they have free reign to bring in drugs illegally.

“President Biden, you know this is going on. You can stop it right now. We are calling on you to come down here, see this for yourself, and then reverse the failed policies you’ve put in place that created this crisis at America’s southern border.”