WASHINGTON, D.C.—House Republican Whip Steve Scalise (R-La.) joined fellow Republican leaders to announce the filling of a discharge petition on H.R. 336, theStrengthening America’s Security in the Middle East Act of 2019. During his remarks, Whip Scalise stressed that nearly 30 Democrats cosponsored similar legislation last Congress and his hope that all members of Congress, regardless of party, will stand against this anti-Israel movement by signing this discharge petition. As we see a disturbing rise of anti-Semitic rhetoric among some radical Democrats in Congress, this petition is an opportunity for all Representatives to reaffirm Israel’s right to exist. 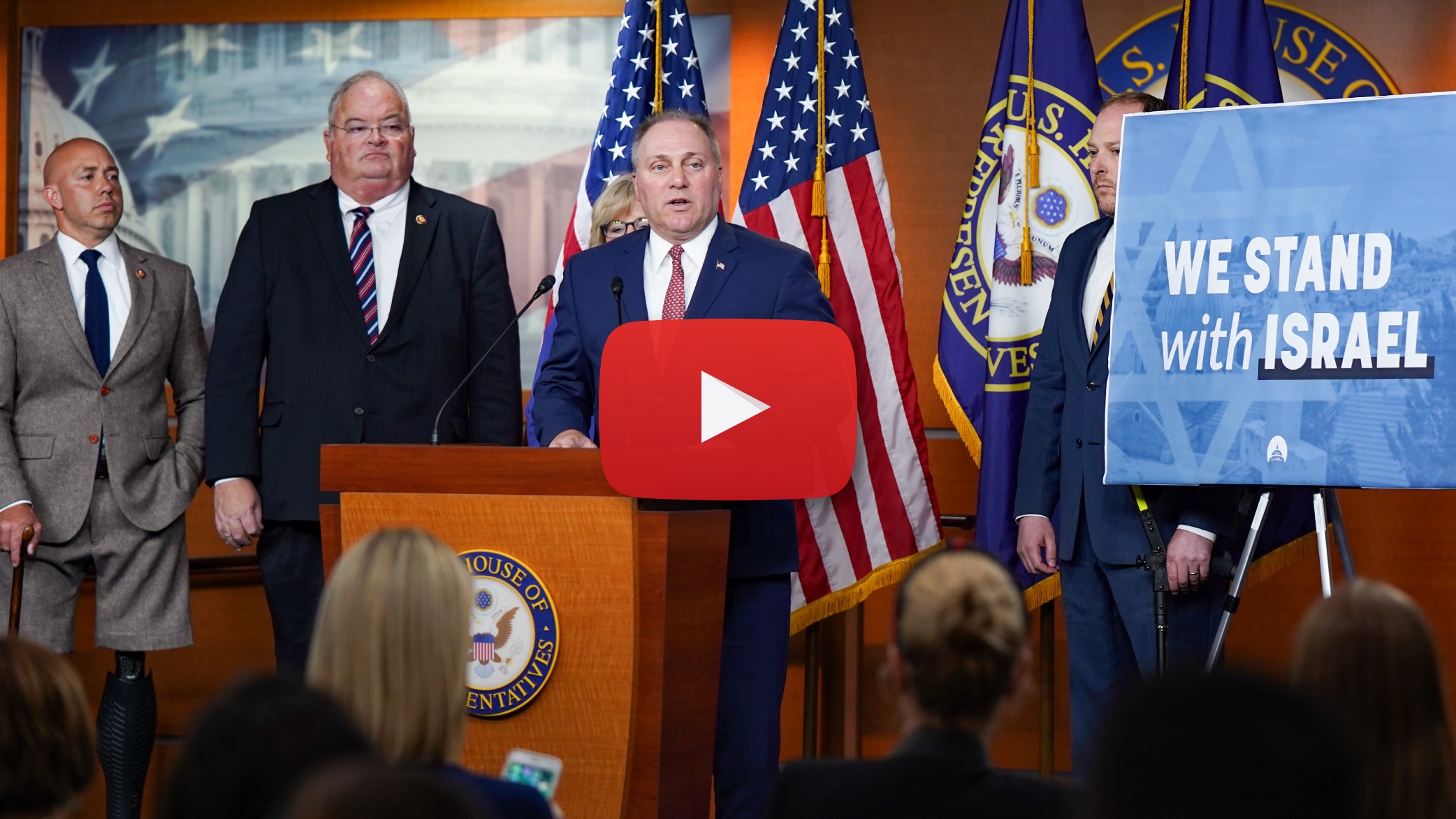 On the alarming increase of anti-Semitism in the country and in Congress:

“Yet at the same time as we’re having this celebration, we’re also seeing this alarming trend, this growing trend of anti-Semitism. Even here in the United States and in fact, unfortunately, even here in the United States Congress where you have members of Congress expressing anti-Semitic views on a regular basis now and also embracing and supporting this Boycott and Divestment movement.”

On the reason the Boycott, Divestment and Sanctions (BDS) Movement is a serious concern:

“The reason BDS is such a concern is that it’s an attempt to delegitimize Israel as a Jewish state to literally cut the legs out from Israel, as a country that has a thriving economy.”

On the bipartisan bill that Congressmen Brian Mast (R-Fla.) will file a discharge petition for:

“…This bipartisan legislation had such an overwhelming vote in the Senate—77 senators—that doesn’t happen often.”

“You saw so many people come together in the senate to say we need to stand up against the BDS movement that’s growing not only here in America, but all around the world. It’s so important that at that same time, the United States House come together to pass this bill, as well. Congressman McCaul’s legislation has incredible bipartisan support, but that’s meaningless if Nancy Pelosi doesn’t bring it up for a vote. So far she has refused to schedule it for a vote even with bipartisan support.

“I’m calling on all members of Congress, Republican and Democrat, to come together to stand against the BDS movement. Stand up for Israel. Stand with our friend, our ally Israel. At the same time making it clear that we are not going to tolerate this growing anti-Semitism and this growing BDS movement in America or abroad.

“It’s important that we all sign. Today is the first day to send that strong message. I hope we get over 100 signatures today, which I’m confident we’ll do, but ultimately get 218 signatures. Every member of Congress ought to sign this, Republican and Democrat alike. At a minimum let’s get those members that continue to express opposition to the BDS movement to put their signature where their mouth is and sign the discharge petition so we can actually get this bill passed and signed into law.”