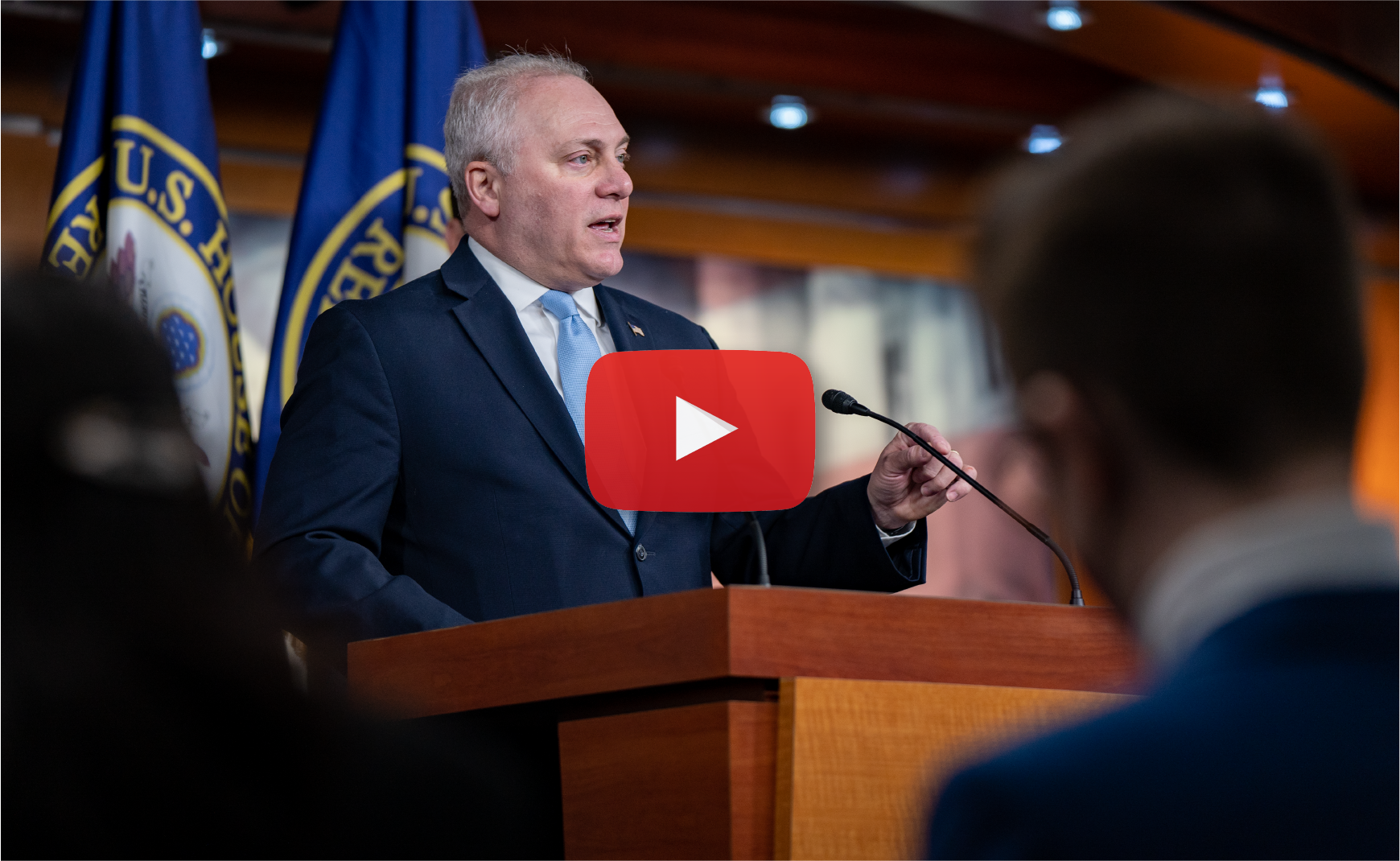 On President Biden’s failure to lead the American people during consecutive crises:“Welcome back! I hope you had a great Christmas and a happy new year. It seems a lot like Groundhog Day, though because we’re here back in D.C. for another week where the Democrats are not bringing a single bill [to the House Floor] to confront the many crises that they’ve created. From inflation, that continues to rise, to high gas prices, which continue to take more and more money out of the pockets of hardworking families, to the border crisis.”On a far-left teachers union influencing the Biden Administration’s position on in-person classroom learning:“And if you look right now, a lot of people are back in school, but then we just saw the other day – last week – 5,200 schools were closed. And a lot of attention was focused on Chicago, as it should be. But look, Chicago took billions of taxpayer dollars, and yet, their union bosses made a decision to keep the kids shut out of school.“We have called on President Biden to stand up to the union bosses and stand up for our kids all across America who are being denied opportunity when they shut down schools. Either they open schools back up, or they should give back the billions of dollars of our hard-earned money that they took because the money was there to keep schools [open.] And those that took it and still want to keep kids locked out of school [are] denying those kids opportunity. And we’re fighting for them. I know my colleagues here have been doing that. It’s time President Biden [stands] up for those kids by standing up to the union bosses that he’s been afraid to confront on one of these many crises.”On President Biden’s disastrous handling of COVID-19:“Over and over again, we see crises that are hurting hardworking families, and President Biden won’t lift a finger to help those families. You know, just look at what he promised when he was running for President. How many times did President Biden say, ‘I will shut down the virus’? And today, we’re worse off than when he took the oath of office. And he walked in, inheriting three different vaccines that President Trump’s Operation Warp Speed created for him. There were antibodies. There were other therapies. This President has done nothing to advance therapies. He’s done nothing to look into natural immunity and see what the benefits of that would be. He won’t even hold a hearing on the origin of COVID.”On Democrats refusing to investigate the Biden Administration’s botched coronavirus strategies: “And so, we continue to call on the Biden Administration and Speaker Pelosi to start having hearings to confront this instead of standing with the union bosses against our kids and ultimately not doing anything to help those hardworking families who are struggling, because families are struggling right now, and they’re looking to Washington for leadership, and they’re not getting anything other than rhetoric and failed promises.“Look at the report that just came out during the break, that highlighted that President Biden was confronted with a plan to create over 750 million at-home tests for COVID, and he said no. I think it’s important that we ask who else was involved in that decision? Was [the] CDC involved in the decision to say no to tests that now are needed? People are waiting in line hours and hours to get [tested], and President Biden had an opportunity back in October to allow for testing at home for people from COVID, and he said no. Which of his health officials were involved in that decision, and why did he say no when he campaigned promising that he would shut down the virus?“When a lot of my Democrat colleagues a year ago were criticizing the lack of testing and today, you can hear crickets chirping with the silence from them because they won’t stand up to this President who has failed on so many fronts. So, we’re going to continue to try to address these crises. It’s time [that] Speaker Pelosi stand up and try to address these crises too. It’s time President Biden stand up, and start addressing these crises as well because they failed the American people, and it’s causing pain all throughout the country.”