WASHINGTON, D.C. — House Republican Whip Steve Scalise (R-La.) joined Fox News Channel’s The Ingraham Angle to discuss how President Biden’s open-door immigration policies and failure to secure the southern border have created an unprecedented surge of illegal immigrants entering the United States. Whip Scalise emphasized how the Vice President, who is supposed to be overseeing this crisis, has still failed to go to the border and see firsthand the national security and public health crisis her administration has created. In addition, Whip Scalise called out President Biden for his consistent efforts to dismantle American energy dominance and highlighted the hypocrisy of how the Biden Administration canceled the Keystone pipeline but gave Russia the gift of finishing its Nord Stream 2 pipeline that previously faced sanctions. 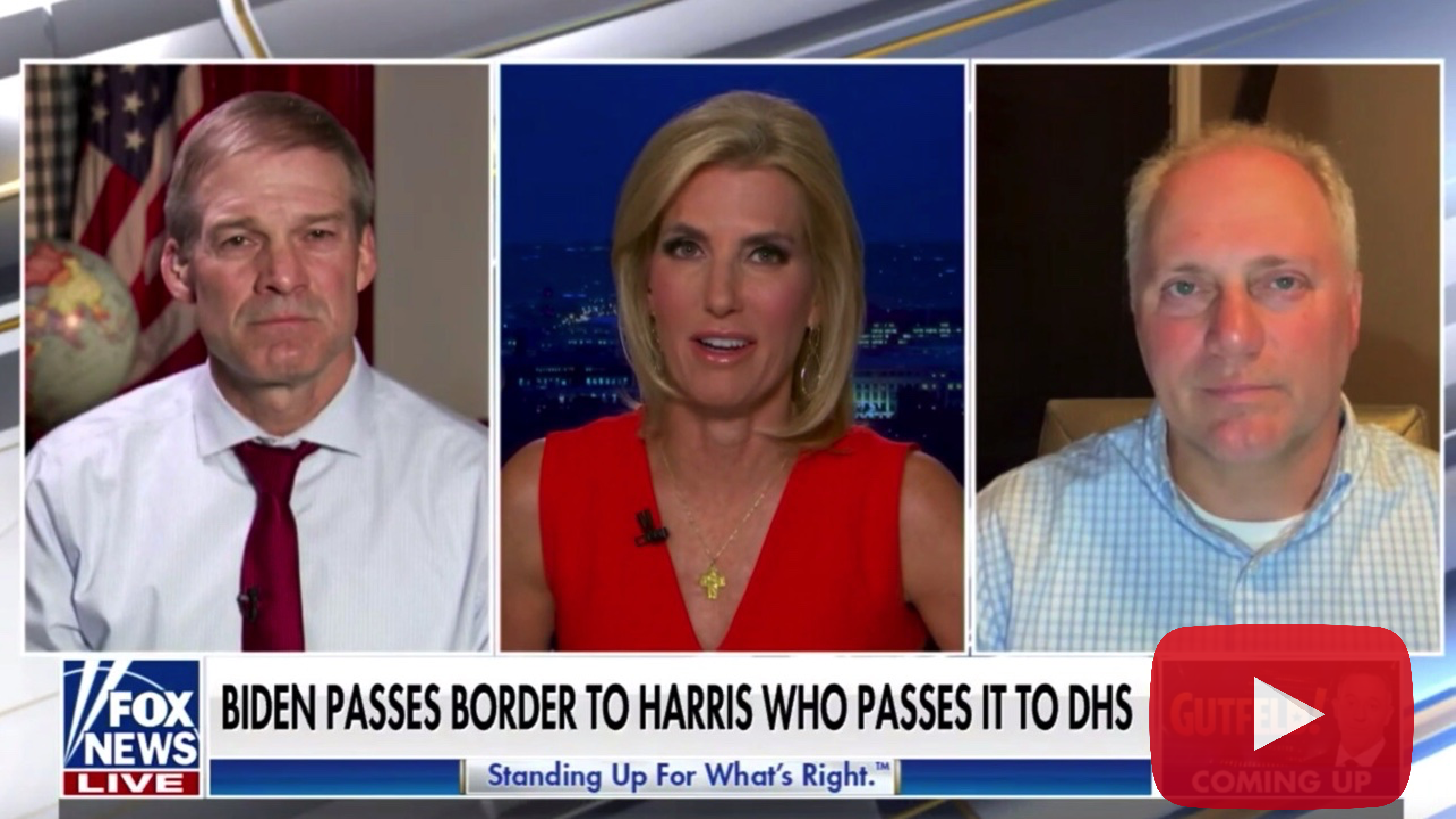 “Look at what President Trump did. I mean, he started building the wall, but he negotiated agreements with Mexico. He negotiated agreements with the Northern Triangle countries, and it stopped the flow of illegals into the border on [a massive] scale. If you look at what’s happening now, it’s completely out of control. And it’s not just South and Central America. We have over 150 different countries where people have come across our southern border illegally, including people on the Terrorist Watch List.

“The Border Patrol agents all tell you the same thing, ‘Remain in Mexico’ is the biggest thing. But [the Biden Administration is] just putting a flashing light saying the border is open. They know it’s open all across Central America. Kamala Harris needs to go down, see for herself, and then put those policies back in place that were working.”

“Look at what was going on with our energy independence. The President, [on] day one, canceled the Keystone pipeline [eliminating] thousands of really good American jobs. And then, just recently, he literally gave a tax break to Russia to move forward with the Nord Stream pipeline. So, he’s okay with Russia building a pipeline to Germany, but he’s against an American pipeline that helps create jobs here in America and helps our friend Canada. So, he’s literally pushing back on Canada, hurting American jobs, and giving a gift to Russia.