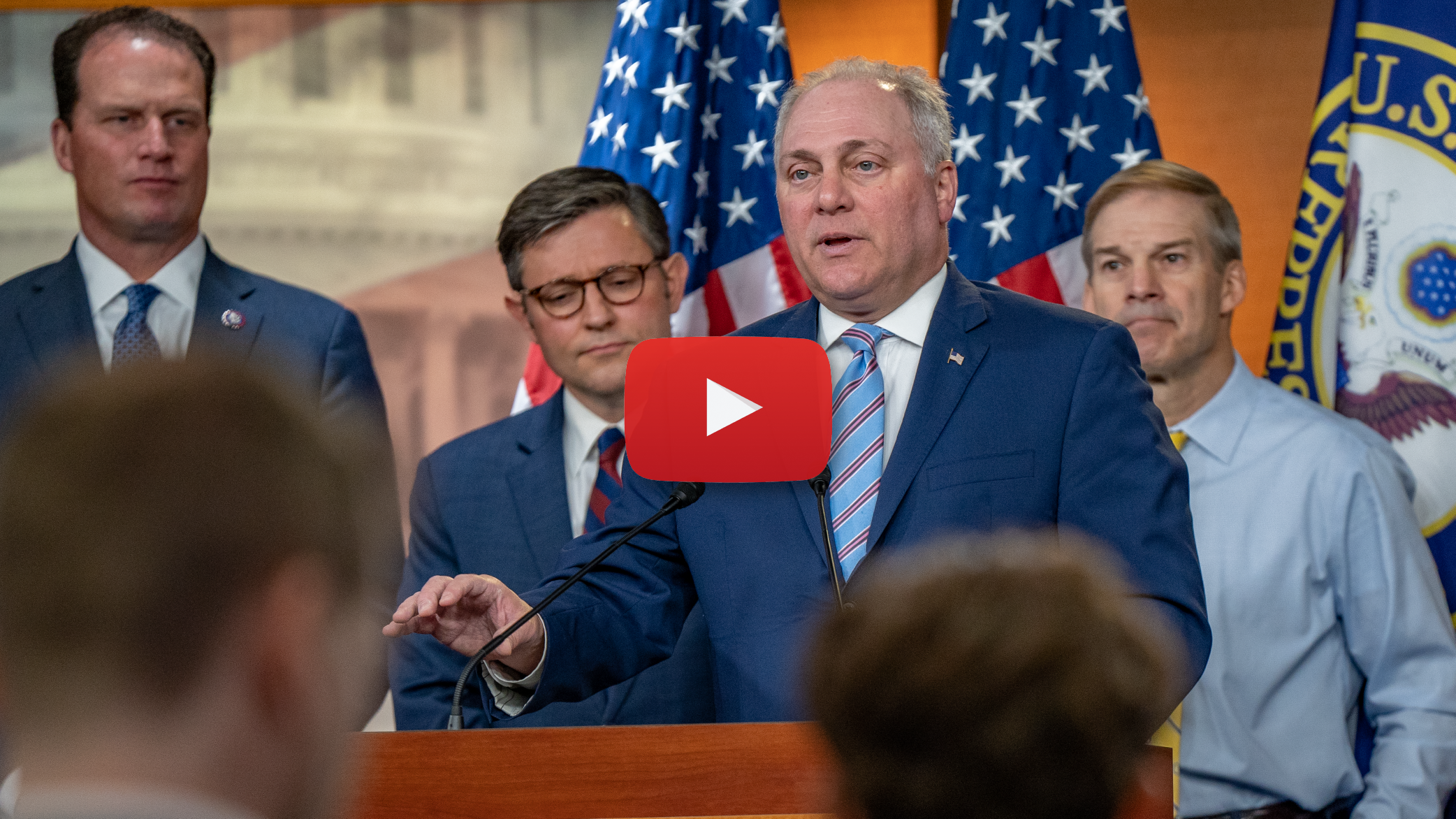 Click here or on the image above to view Whip Scalise’s remarks.
Whip Scalise’s remarks: “I want to thank Congresswoman Boebert and all my other colleagues here who are standing up against this attempt to undermine free speech. And we’ve seen it over and over again from [President] Biden. And you just think about this idea of ‘Ministry of Disinformation’ coming from the very same people who called parents who wanted to play a role in their kids’ education ‘domestic terrorists.’“What is it that [President] Biden has against people expressing their views if it goes against his far-left Soviet-style, radical ideology? That’s really what this is about. It’s been about government control from the beginning. They want to control what people say, they want to control what people think, [and] they want to control the people’s ability to enjoy their own freedoms.“You saw it over and over again during COVID. Schools should have been [opened earlier], and the science, by the way, was very clear on that. And yet some of the same people that would be in charge of the ‘Ministry of Disinformation,’ were some of the people trying to keep schools shut down when the data early [on] said it’s harming kids. It’s harming them emotionally, mentally, the learning that they lost – millions of kids that will never catch up – because they kept schools shut down.“And by the way, it was the Biden Administration who changed the science because the union bosses went to him and said they didn’t like the CDC guidance that was about to come out. And they were actually able to get the CDC to change the science to conform to what the union bosses [wanted], so they [could] shut down schools easier.“Over and over again, my colleague, [Judiciary Committee Ranking Member] Jordan, is going to be talking in a moment as well. We’ve been calling for a hearing on the origins of COVID for over a year, and [President] Biden, [Speaker] Pelosi, [and] all the Soviet-style leaders here in Washington will not let that debate go forward. But again, if we’re talking about a ‘Ministry of Disinformation,’ do you know it was people in the Biden Administration that were saying if you suggested that COVID started in the lab in Wuhan, that you were promoting a conspiracy theory? People in the CDC actually said that.“And now, when you talk to most scientists who have looked at the genetic structure of COVID-19, they all say it’s highly unlikely that it was naturally created from a bat to an animal to a human. It was probably genetically manipulated and more than likely in that lab in Wuhan. So, sure enough, more facts are coming out that it very well started in the lab in Wuhan. They still won’t hold a hearing on this. By the way, we will when we’re in the majority. We’ll get to the facts, but some of these very same people involved in this ‘Ministry of Disinformation’ were calling it a conspiracy theory to suggest that COVID-19 started in the Wuhan lab, when in fact, now more and more science shows it probably did.“So, again, the very people that are talking about being involved in a ‘Ministry of Disinformation’ are themselves the purveyors of disinformation. So, I guess if you need to find somebody who’s an expert in spreading disinformation, they found the right person because [Nina Jankowicz] has been a purveyor of disinformation over and over and over again. But that’s not what the American people believe in.“The American people believe in free speech, the ability to go out and talk about your ideas, talk about your beliefs, defend them, and let the facts ultimately come out. But if [Democrats] don’t like the facts, they want to shut down speech. And that’s not only unconstitutional, it’s un-American, and we need to defund it. We’re going to continue fighting to get this bill brought up. And I congratulate again, [Congresswoman] Boebert, and all of my colleagues who are going to stand up for free speech and against disinformation from the Biden Administration.”