After the game, Whip Scalise called President Trump to secure a White House celebration for the All-Stars, and looks forward to welcoming the team to Washington, D.C.

“I’m proud to introduce H.Res. 547 to congratulate the Eastbank All-Stars from River Ridge, Louisiana, on winning the 73rd Little League World Series Championship. These young men are the first team from Louisiana to win the championship and represented the United States in an inspiring way on the world stage. I look forward to welcoming the All-Stars to Washington, D.C., as they head to the White House to celebrate their victory with President Trump,” said Whip Scalise.

Whip Scalise also delivered remarks on the House floor which can be viewed here or by clicking the image below: 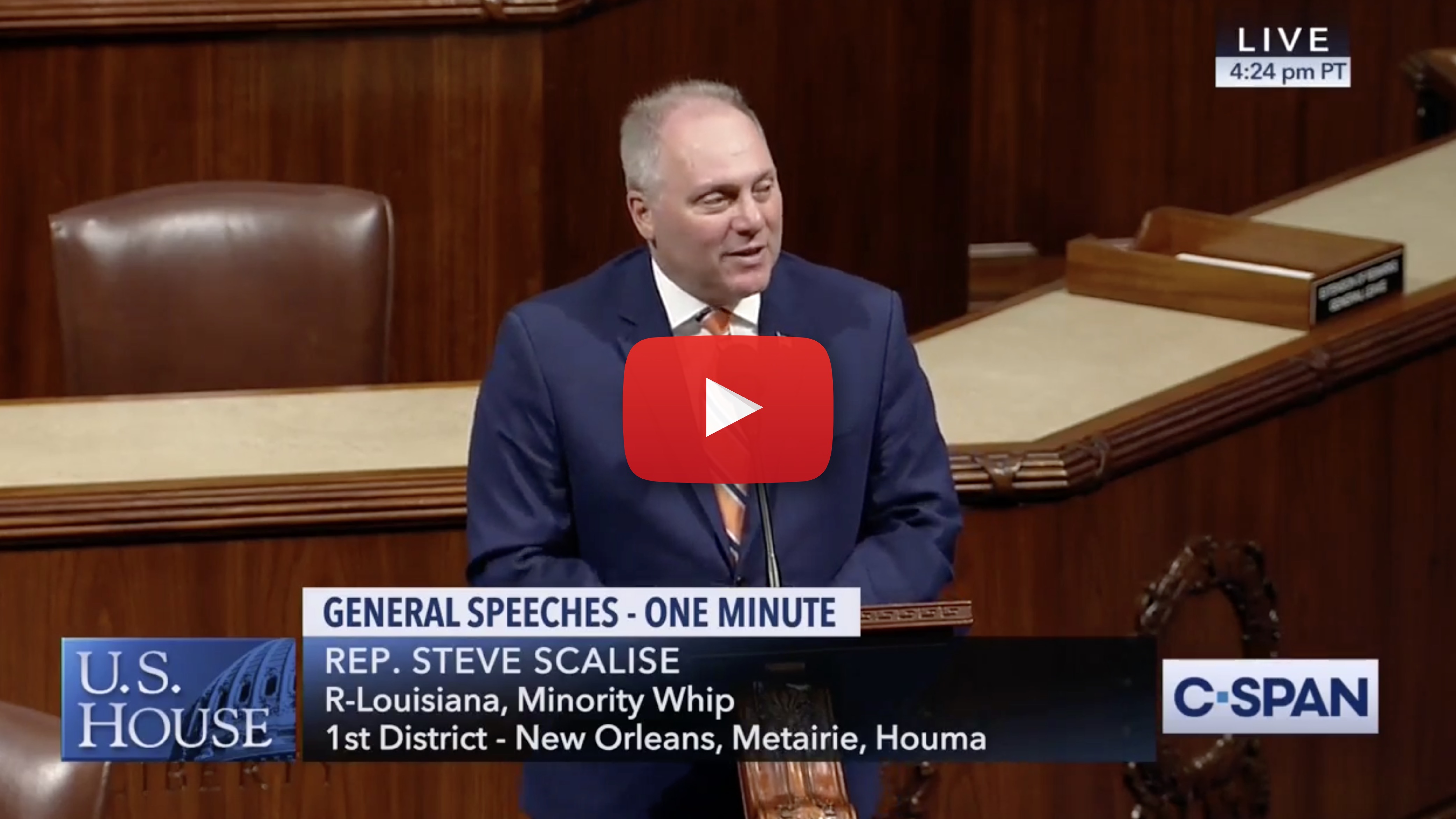 “The River Ridge Little League baseball team is really something special.  These boys demonstrated a high level of sportsmanship and athleticism throughout the entire world series. In the end, they brought home a Little League World Championship to Louisiana for the first time in history! They deserve to be showered in awards and accolades.  In that spirit, I am happy to cosponsor this Senate resolution to congratulate this amazing championship team,” said Sen. Kennedy.

“Louisianans are known for our resiliency. That inborn never-give-up attitude is why they are champions. Their win should make all Americans proud,” said Dr. Cassidy in his floor remarks. His full speech on the Senate floor can be viewed here.