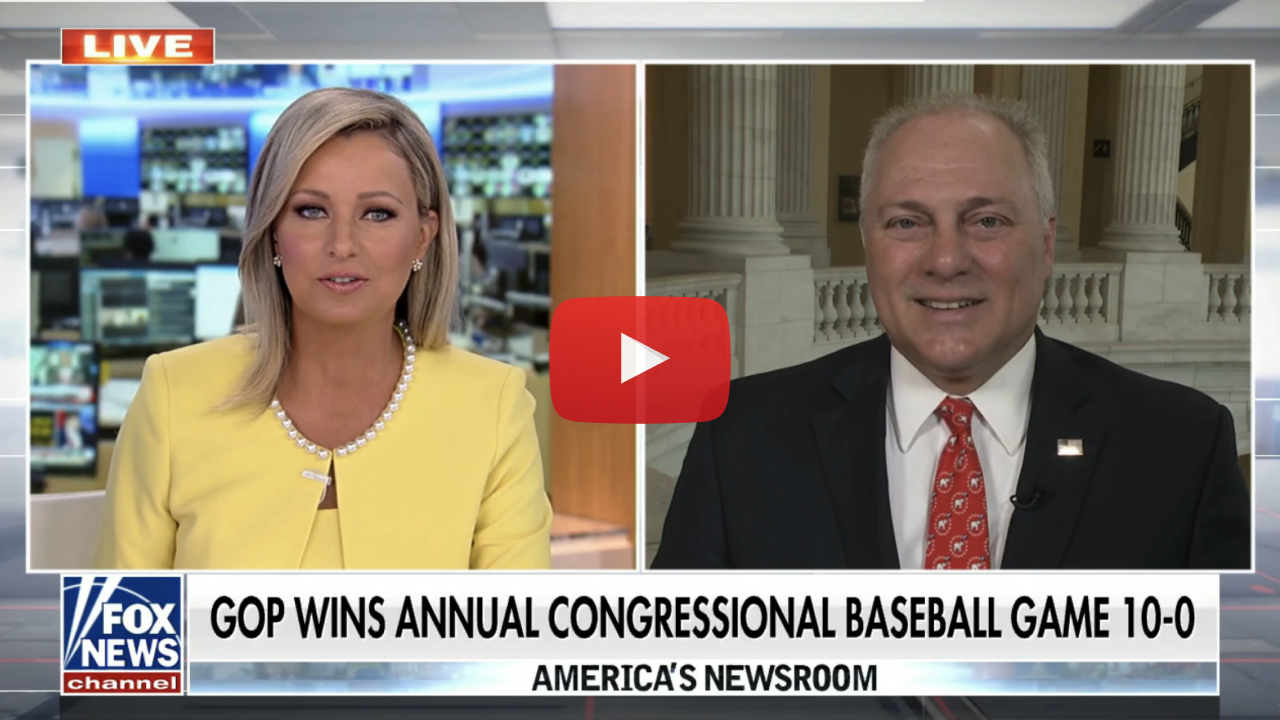 On Republicans defeating the Democrats in this year’s Congressional Baseball Game: “It feels great to win. And the way everybody played – I mean, jeez, it was phenomenal. [Congressman] Pfluger had just a stellar MVP game – pitching, playing third base. [Congressman] Brady, it was his last game. He’s retiring from Congress, but he had a 750 on-base percentage. I mean, those are Hall of Fame numbers. [Congressman] Williams, [our] manager, had all of us ready to go, and I think that’s a harbinger for what’s to come in November.” On Congresswoman Linda Sanchez’s unsportsmanlike conduct:“Look, they’ve been frustrated with themselves. For a year and a half, they’ve been kind of doing that metaphorically to the American people with horrible policies. You see inflation out of control [and] gas prices out of control. I think people are just fed up with what they’ve been doing. Maybe they’re finally getting fed up with what they’ve been doing and what it’s doing to families across America.” On the bipartisan nature of the Congressional Baseball Game:“I don’t know if [Speaker Pelosi is] coaching their team or not. But look, we have a lot of fun. We do make real friendships on both sides, with the teammates on the Republican side but even on the Democrat side. But we’re competitive. We want to win the game. [We’ve practiced] since March at 6:00 in the morning.“But look, the real winners are charities because we raised a record-setting $1.7 million for local youth groups in D.C., and it really does help a lot of these young kids. We get to meet a lot of the kids and groups that this helps.“So, you know, to see 20,000 people in the stands cheering, you know, and it was right down the middle cheering for the Republicans. The Democrats are cheering too, but it’s a good cause. And it’s a lot of fun, as we’re in the middle of some really pretty heady topics up here in Washington.” On far-left climate extremists trying to shut down the Congressional Baseball Game:“Maybe that’s some of the people they hang around with. I’m wondering if they all walked to the game or if they actually drove cars and use fossil fuels that they decry every day as they’re living their life. Probably a good lifestyle, trying to ruin it for other people.“And again, like I said, they wanted to shut down a game that raised $1.7 million for local youth in D.C. You know, maybe they should spend some more of their time helping out some of those same kids who are in need – some of these young people – who maybe want better options so that they can live a better future and they might feel better about themselves too.”