WASHINGTON, D.C. — Today, House Republican Whip Steve Scalise (R-La.) called out progressive Democrats for removing funding for Israel’s Iron Dome defense system, which kept Israeli citizens safe from Hamas’ rocket attacks earlier this year. On Tuesday, September 21st, Republicans introduced a “Motion to Recommit” which restored the Iron Dome’s funding, and every single Democrat voted against it, exposing their hypocrisy. Whip Scalise highlighted the strong partnership between the United States and Israel and how bolstering Israel’s Iron Dome reinforces the United States’ support of Israel as a Jewish state. Whip Scalise slammed Democrats for abandoning Israel and condemned the rise of anti-Semitism on the left. 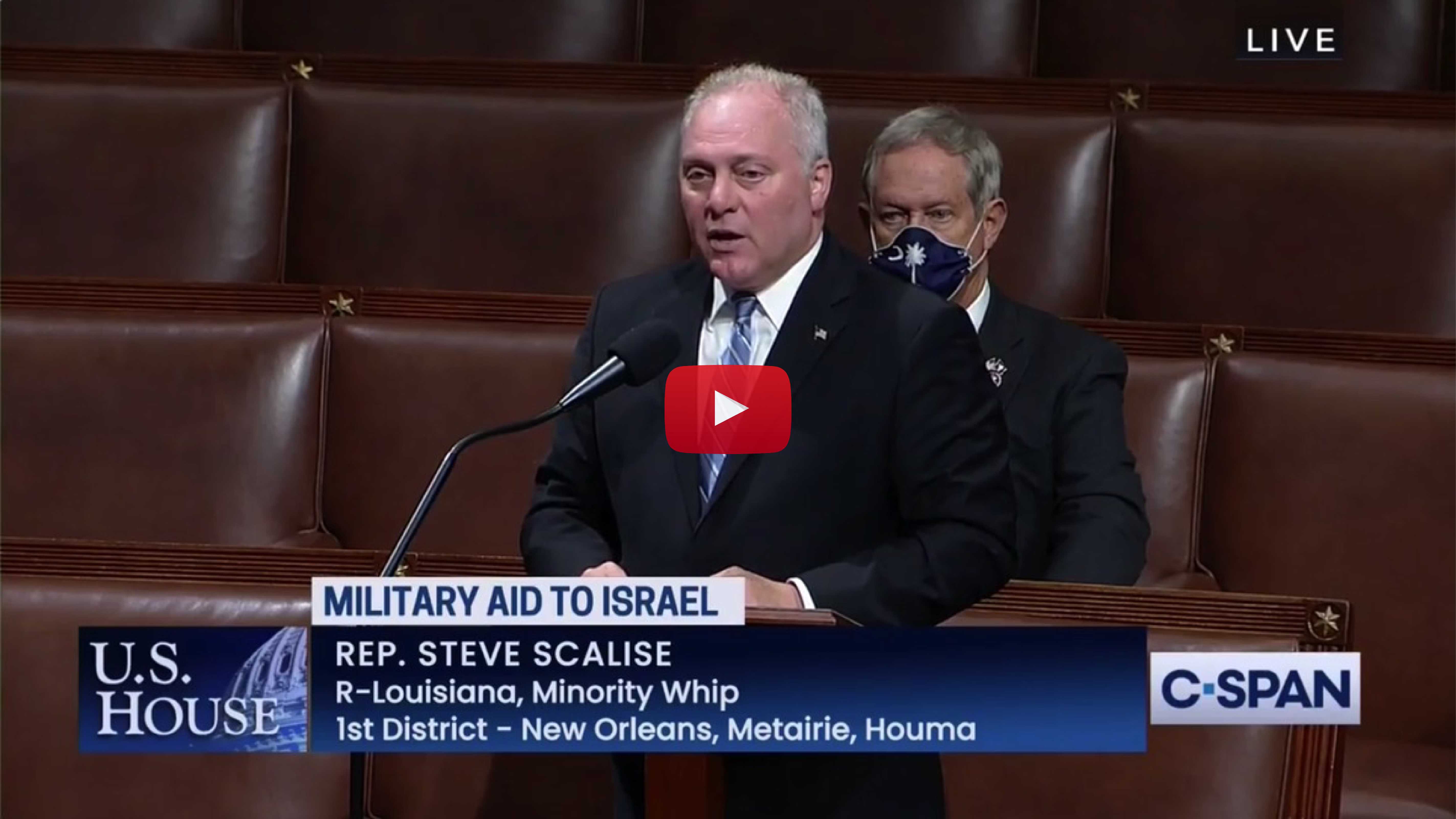 “Thank you, Mr. Speaker. And I thank my friend from Tennessee for yielding, and especially for his passion. The statements he just made. And the importance of not only standing up for Israel – which we all need to do – but standing up against anti-Semitism. Against the kind of attacks on Israel that the very Iron Dome [is] necessary for.

“And, it had been heartening for decades that this was always a bipartisan issue. We shouldn’t have to be here today to pass this bill because it should have been passed on Tuesday. There was a vote on the House Floor to ensure Israel had the money to defend themselves – to put that billion dollars back in – and on a straight party-line vote every Democrat voted it down.

“I don’t know why on Tuesday they were against Israel’s Iron Dome defense and today maybe things will change. Hopefully, things will change. But we ought to always stand with Israel and especially with what the Iron Dome represents. I’ve been to Israel. I’ve been to the areas where the Iron Dome is actually utilized effectively to save Jewish lives, to save everybody’s life who lives in Israel. Whether it’s Jews, Palestinians, anyone who lives in Israel, under threat of terrorist attack, can at least have some solace knowing that the Iron Dome is there to protect them. Thousands of rockets were fired into Israel by terrorists and that’s why we need to put this billion dollars in place to allow them to replenish the Iron Dome missiles that saved lives in Israel.

“That’s what this is about. We should be with Israel not just on Thursday, we should always be with them on Tuesday, on Monday, every single day we need to stand with our ally Israel against attacks that we see from anti-Semites around the world.

“I strongly urge passage of this bill and I yield back the balance of my time.”