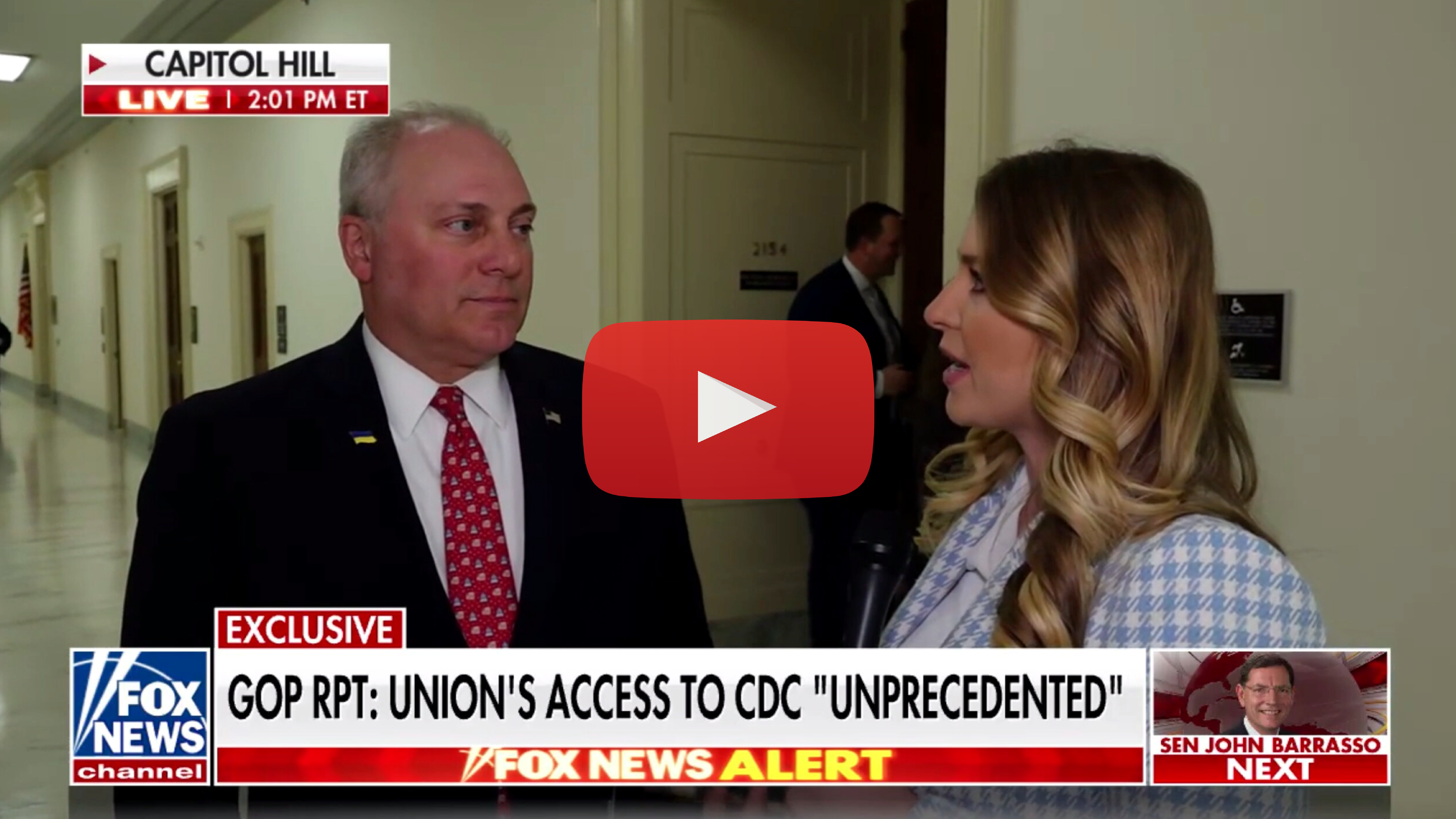 On Select Subcommittee Republicans’ interim report revealing that the CDC bypassed scientific norms to allow teachers union bosses to re-write official guidance: “Well, it’s not only not business as usual, it’s actually unprecedented for anybody to get open access to go and edit a document weeks before it’s going to go out to the public. And so, we actually had testimony from someone in CDC that contradicts what Dr. Walensky is saying. It’s really, if you think about it, [giving] VIP access to the union bosses to go and manipulate the science to ultimately leave millions of kids shut out of schools just because that’s what the union bosses wanted even though the science was getting ready to say something different. I think that’s alarming. It’s shocking. It’s something this administration is going to have to answer for.”On the need to investigate the CDC for allowing teachers unions to interfere in schools reopening:“But we’re going to be asking some very pointed questions in this hearing, and I’m expecting answers. I want to see accountability. I want to see an admission, first of all, because there are some contradictory statements made. Because while Dr. Walensky was saying this happens all the time, the other witness that testified over at CDC said, ‘It’s highly uncommon, and in fact doesn’t.’ So, somebody is not telling the truth. We’re going to get to the bottom of this in the hearing.”