WASHINGTON, D.C. — House Republican Whip Steve Scalise (R-La.) joined Fox News Channel’s Hannity last night to discuss the explosive revelations alleging that a federal prosecutor investigating Hunter Biden’s taxes delayed seeking search warrants in order to not alert the public during an election cycle. Whip Scalise highlighted the troubling hypocrisy of how the Department of Justice investigated each false claim against the Trump Administration but delayed looking into Hunter Biden’s shady business dealings with China and Ukraine. In addition, Whip Scalise called on Special Counsel John Durham to shed light on his investigations into the FBI’s abuse of the FISA process and if the intelligence gathered on President Trump and his campaign associates was inappropriate. 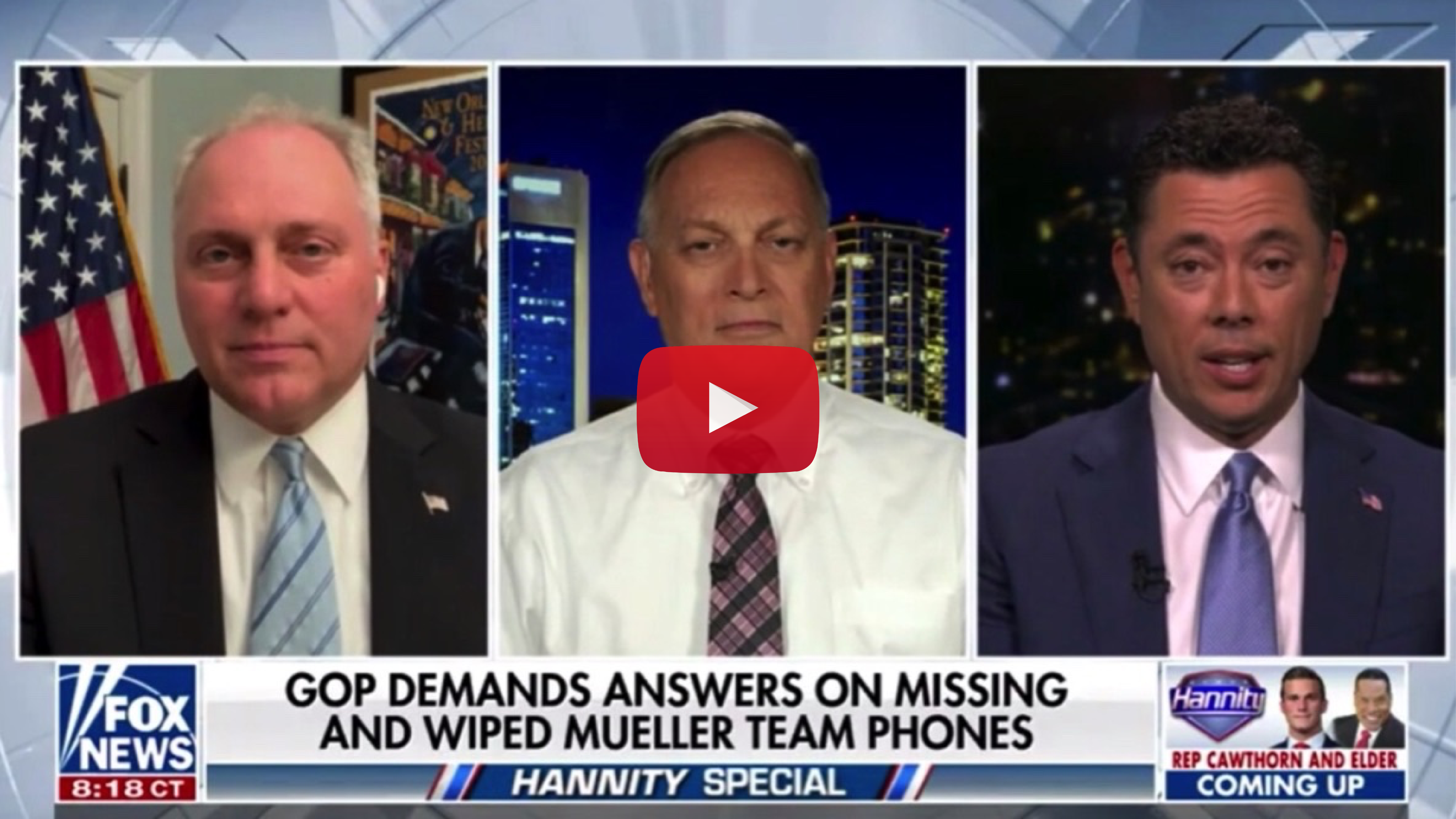 On reports that the Department of Justice took steps to slow down the Hunter Biden investigation:

“Look, as you pointed out, they never surely ever gave President Trump this opportunity and when they were leaking out information that turned out to be false from some of these federal agencies, let alone an investigation that seems to be very credible and ongoing. The real question is now that the election is over, Jason, what’s happened with the investigation? Did they pick it back up again?

“So, you know when you look at that question and then the other question, which is really alarming, is all of these cell phones that both went missing. But as we know, some of those cell phones were actually wiped clean. You know, we all remember the Hillary server. But many of these cell phones that they did find turned out to be completely wiped of data. And some of those FBI agents said they accidentally did it after entering their password too many times. I mean does anybody buy that by the way? How many of those cell phones were wiped and is that obstruction of justice? Is that falsifying or tampering with evidence? I hope the Justice Department gets as aggressive in looking into those actual problems as they were chasing after every false whistleblower [claim] that we heard of during the Trump Administration.”

On the Durham Report’s release date:

“I remember having conversations – we’re talking over a year ago – you know, we’re saying okay where is this thing going? What have they found and when are they going to actually release it? And you know, they say ‘justice delayed is justice denied.’ How long have we been hearing the report is about to come out? And you, know if something was done that was wrong let’s get it out there. If it wasn’t done get that out there too. But just to not say anything, I think this is where some of these agencies lose their credibility because it seems like there is a double standard in how they treat Republicans versus how they treat Democrats.”