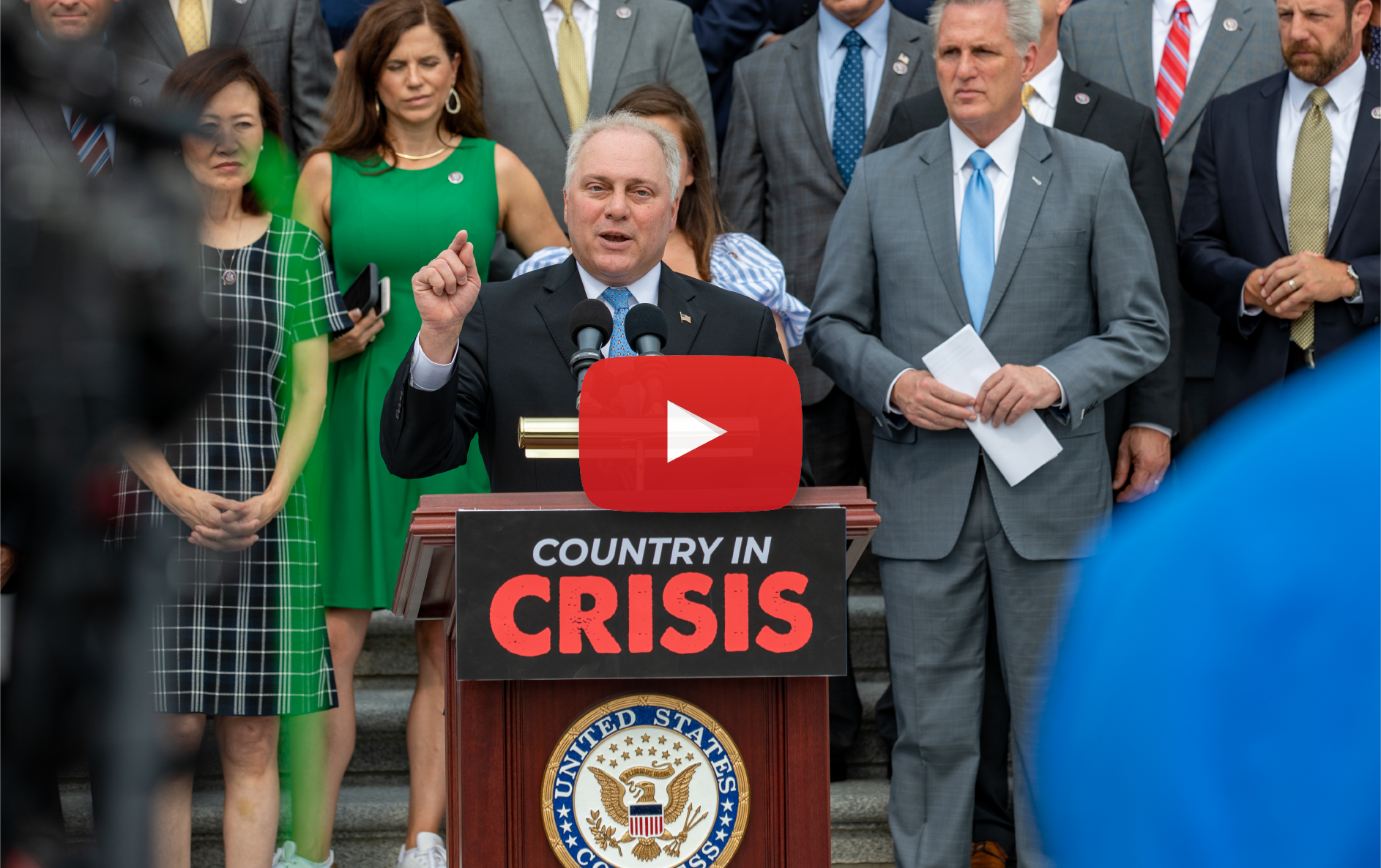 On the need to have children resume in-person learning:

“We’re getting ready to go back to our districts for the next few weeks. And as we listened to American families all across the country, I would urge my Democrat colleagues to listen to those same families who are calling on this Congress to stand up and work for them – not for the [power] brokers in Washington. If you look across the board, right now, we’ve been having this debate over whether or not schools should be open. Yet, the science has been clear from the beginning that all children in America should be in schools. It’s safer for them to be in schools. The learning gap is wider when they’re not in the classroom. The science says that, and yet Democrats are not listening to the science. They’re listening to the union bosses. We saw that with the CDC. The CDC was getting ready to come out with guidance months ago, urging kids to go back [to] schools except the union bosses said, ‘Wait.’

“And so as we go back and listen, I know what we’ve been hearing already. Families are concerned about inflation. It is a real problem. It is a real tax on hardworking Americans, and families also know this inflation is being driven by President Biden’s policies. We see gas prices over 45 percent higher.”

“And what did Joe Biden do on day one when he came into office? He canceled the Keystone pipeline. He put a moratorium on drilling on federal lands. But you know, it’s not just that President Biden is against pipelines. He’s only against pipelines in America because he green-lighted the Russian pipeline Nord Stream 2. Who’s side is he on? Creating billions of dollars of wealth for Russia and crushing thousands of good jobs in America and billions of dollars of opportunity in a partnership between Canada and the United States. That’s the divide that we’re seeing, that people are so angry with.”

“When they look at this crisis at the border that Joe Biden created, Joe Biden himself is the one who ended the agreements with Mexico and with the Northern Triangle countries that were working to ebb the flow of illegals coming into our country. And what are we seeing now? It’s not just thousands of people a day coming across our border. It’s thousands of people bragging that they have COVID and being welcomed in, given plane tickets and bus tickets to go and be super-spreaders all across America. We’re seeing the numbers. The Border Patrol agents are telling us this. When President Biden started cramming these kids into cages in places like the Donna Detention Facility that I went to, I asked Dr. Fauci.

“I said, ‘I’ve looked at the numbers. You’ve got a place rated for 250 people and you’re cramming 4,000 into it.’ I said, Dr. Fauci, ‘Would you recommend shutting down a restaurant in America that had those kinds of numbers?’ And he said yes. And I said, ‘Well, then isn’t the Biden Administration violating their own guidance by doing that at the detention facilities at the border?’ And Dr. Fauci said yes. So here, you’ve got Fauci actually acknowledging that Biden is violating his own health guidance at the border while he’s telling American families to alter their lifestyle.

“If you’ve got a family in America right now that’s getting ready to go on vacation in Mexico, which many are doing. Do you know that if you’re in Mexico as an American citizen and you want to come back home, according to the CDC, you cannot even board the plane to come back to America, as an American citizen, unless you produce a COVID negative test? That’s the law. Yet, if you come across our border illegally bragging that you have COVID, you’re welcomed in. What kind of law and policy is that by the Biden Administration? It makes absolutely no sense, and people are figuring this out. People are furious about it. We’re furious about it. And we’re going to be fighting to get sanity and normal, commonsense policies back in Washington.”

On the need to help hardworking, middle class Americans:

“We have got to focus on helping those hard workers and families. The businesses that want to get back open. The kids that just want to learn like everybody else. If 40 percent of America is not back in the classroom, that means 60 percent of our kids are learning at a normal pace, and 40 percent are being left behind. That’s not the America Joe Biden promised when he ran for President. But that’s the kind of thing that he’s doing in the White House because he’s turning over his decisions to other people that don’t have those hard-working families at heart.

“Well, we’re going to stand up and fight for those hard-working families. Fight to get crime under control, fight to keep taxes low, instead of crazy radical leftist, socialist policies that they’re trying to bring.”

On Democrats gutting the Hyde Amendment:

“Like today, when they’re trying to gut Hyde Amendment protections, something that’s been in place for over 40 years, bipartisan agreements that say taxpayer funding shouldn’t go to abortion. In fact, Joe Biden himself, years ago, said that taxpayer funds shouldn’t go to abortion. What happened to that Joe Biden? What happened to that Democrat Party?”

On the Democrat Party embracing the socialist left:

“Unfortunately, the Democrat Party has moved so far to the socialist left that you can’t even recognize them. [It’s at] the point where people are marching in the streets of Havana for freedom, waving the American flag, and here you’ve got the Biden Administration [that] won’t even force a vote that we’ve been bringing to support the people of Cuba who want freedom!

“They’d rather support the people. We’re going to continue to stand up for freedom all around this great world. You look at that Statue of Freedom. That is the symbol of freedom, not just here in America, but it’s the symbol of freedom for everybody who wants freedom all throughout the world, and it’s in jeopardy right now. We are going to continue as House Republicans to fight for what that Statue of Freedom represents, what that American flag represents. We’re going to be bringing that message back to our constituents over the next few weeks, and then we’re going to bring it back to Washington. And if Speaker Pelosi will continue to fight against those freedoms, we’ll just have to fire Speaker Pelosi next November.”