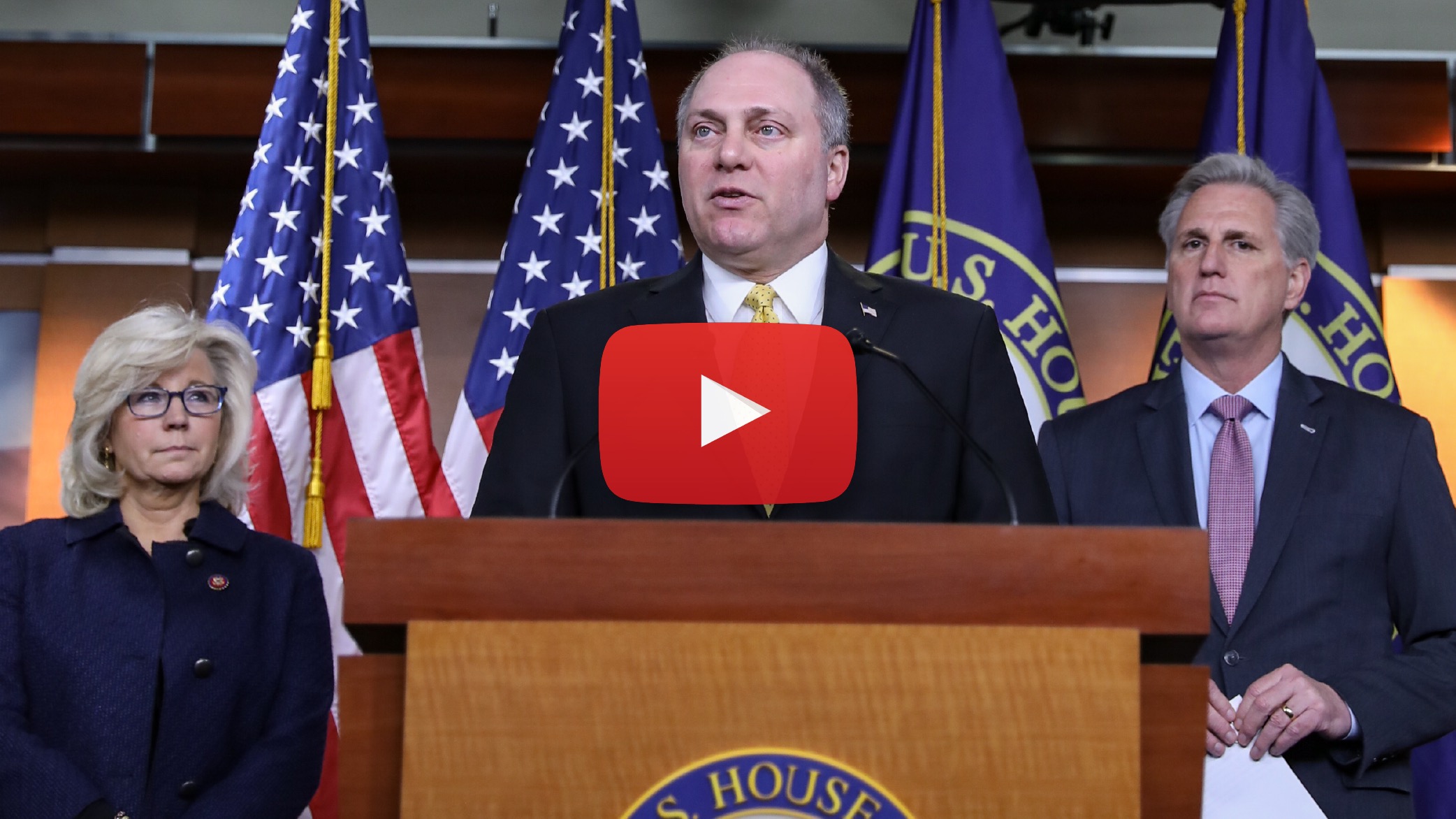 “Thank you, [Rep. Jason Smith (R-Mo.)], for talking about the importance of the budget process. If you look at President Trump’s budget that he just put out, it continues to rebuild our military, which is a critical priority. It helps fund our veterans through the VA Choice Act. The ability for our nation’s veterans to go to the hospital of their choice so they can be properly treated for things that have happened to them in service to our country. It’s our commitment to make sure that when they come back home we take care of them. President Trump continues to ensure our veterans have the resources they need.

“President Trump in his budget also prioritizes border security, something that is critical as we see this crisis at the border. The crisis is growing worse. We have more people coming over illegally, but even more than that it is the drugs that are coming over. It’s the human trafficking that’s coming into our nation.”

On Democrats’ refusal not only to secure the border, but to secure elections:

“President Trump continues to ensure that we can build physical barriers, including a wall to secure our border. All of that is in his budget.”

On Democrat’s socialist agenda and efforts to infringe on Americans’ rights:

“He also maintains the tax cuts that have been so important to help families have higher wages, to have more job opportunities, to have more money in their pockets. Of course, Democrats want to take that away.

“You saw them go after the Second Amendment just a few weeks ago and threaten people’s gun rights, their second amendment rights. You’ve seen them go after groups like National Right to Life, who also opposed H.R. 1 because it limits their rights.”

On Democrats’ refusal to protect innocent babies who survive a failed abortion:

“The Democrats have been blocking that every step of the way. If that’s really the party that they want to become, I think they’re so out of step with the American people and they continue to get further out of step.

On Democrats’ refusal to propose their own budget while criticizing President Trump’s budget:

“When they criticize President Trump’s budget, what hypocrisy that Democrats are criticizing President Trump’s budget at the same time they are saying they are not going to bring a budget of their own. I think everybody ought to ask the question, ‘If you’re criticizing somebody else’s idea, shouldn’t you at least have your own idea? Shouldn’t you bring forward your own budget to show the nation what your priorities are?’

“The Democrats have refused to do that under Speaker Pelosi’s reign.”