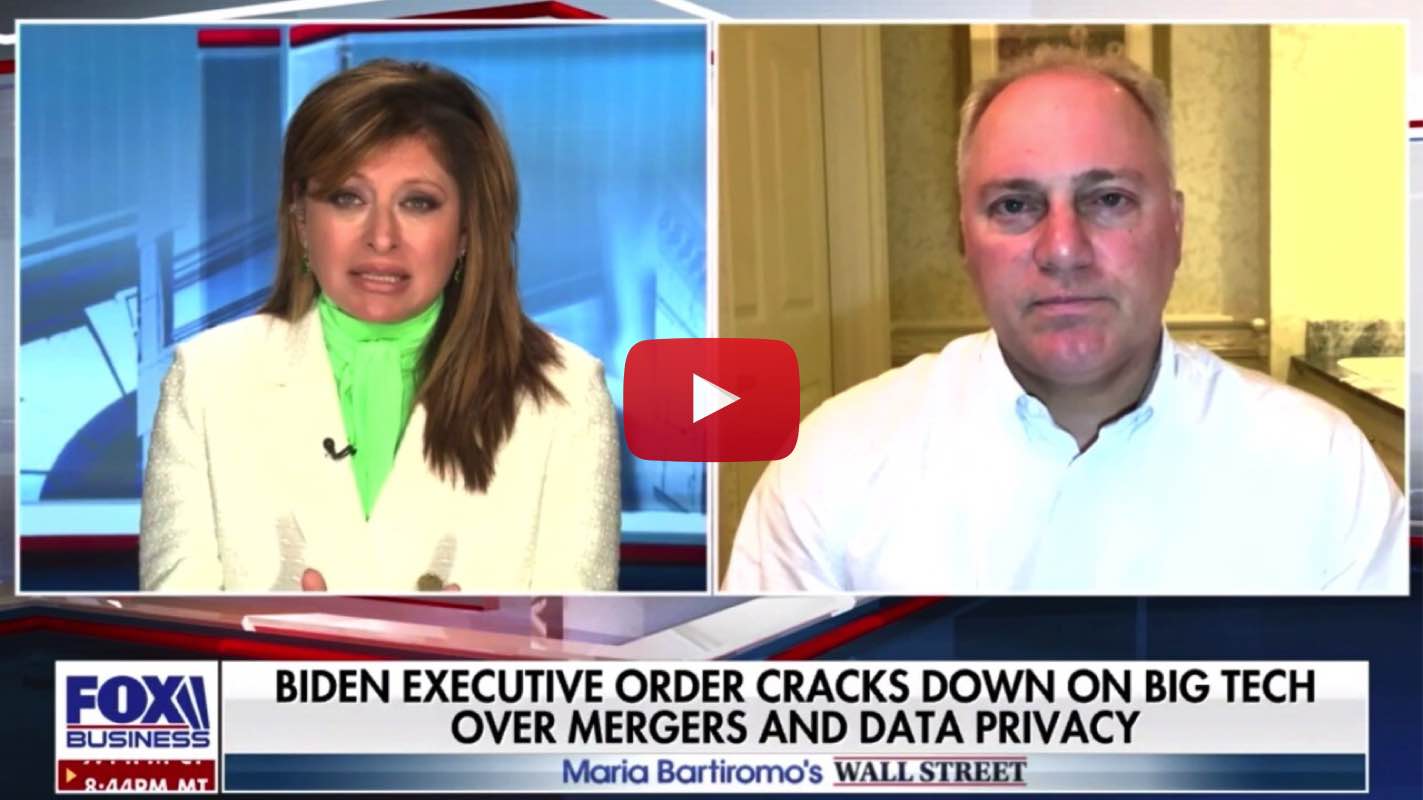 “This is a disturbing trend that you see from the radical far-left. And these are Pelosi’s floor leaders. Basically, the people that have been controlling the agenda in the House of Representatives in Congress, and this is the group that started off defunding the police. Now you would think that was such a bad idea. We’ve seen violent spikes in crime all across America, in the cities where they defunded police. You’d think they’d be abandoning that. And no, they’re actually just continuing to add on to it. And defunding ICE, defunding border patrol is one more step in that direction of defunding law enforcement. It’s a crazy radical idea.

“Unfortunately, Speaker Pelosi has been pushing this in the House, and President Biden has refused to step up and stand up to these radicals. In fact, if you look at what [Congresswoman Tlaib] said, you know, she said that they’re terrorists, the people patrolling our border risk in their lives to keep America safe, are terrorists. When is President Biden going to stand up to them and call that kind of crazy language out?”

On President Biden’s failure to stand up to the Chinese Communist Party:

“This is just bizarre. But again, it’s part of the radical left’s push. They won’t stand up to any of our adversaries. They want weakness from America. But look at China’s record. And of course, Maria, you’ve pointed it out. You know, they’ve enslaved people. They persecute people based on their political views, and the far-left progressives of Congress want to look the other way [from] that?

“Who were these groups that are saying that President Biden should just turn his back, give everything, the keys to the candy store to China? Look what the Green New Deal and the Paris Accord [did]. That’s already a gift to China because they stop our ability to manufacture in America. They make it very difficult to manufacture things in America, which means those jobs go to China and China emits more carbon to make the same steel, to make the same products as if you made it in America because we actually have good standards here. They love beating up on America, yet when [it] comes time to stand up against people who actually abuse human rights like China, they tell President Biden to look the other way. And unfortunately, President Biden is listening to them, and not standing up to the people, whether it’s China, Russia, or Iran, who were abusing [the] rights of all of our allies around the world.”

On stopping President Biden’s power grab over the internet:

“No, but what it does is it goes back into failed programs like net neutrality, where you have the government trying to take control of the internet. This is about a big power grab by [the] government. It’s not about President Biden standing up to Big Tech.

“Look, what we rolled out the other day is to try to bring more transparency and accountability to Big Tech, which is what we need. Not just against their censorship of voices across the spectrum, primarily conservatives, but all across the board. But it’s also the abuse of personal data. Anybody who uses the internet, which is pretty much everybody in America right now, has really no control over their personal privacy and their personal data. And that’s got to get reigned in as well. And so those are all things that we’re looking at on the Republican side, on the Democrat side, they just want more government control and go to countries where they did these net neutrality-type policies.

“During the shutdown last year, when everybody was stuck at home using the internet, whether it’s for education, for business, for anything they needed to do to try to research the virus, they were having very slow speeds on the internet. Throttling was happening because governments that actually control the internet were clamping down on the ability for people to use it. We don’t want that in America. But we’re the leader of innovation for a reason because the government is not involved in it. It’s something that we’ve seen such a private success from. Don’t [let] the government come in and break what’s working so well with the internet.”