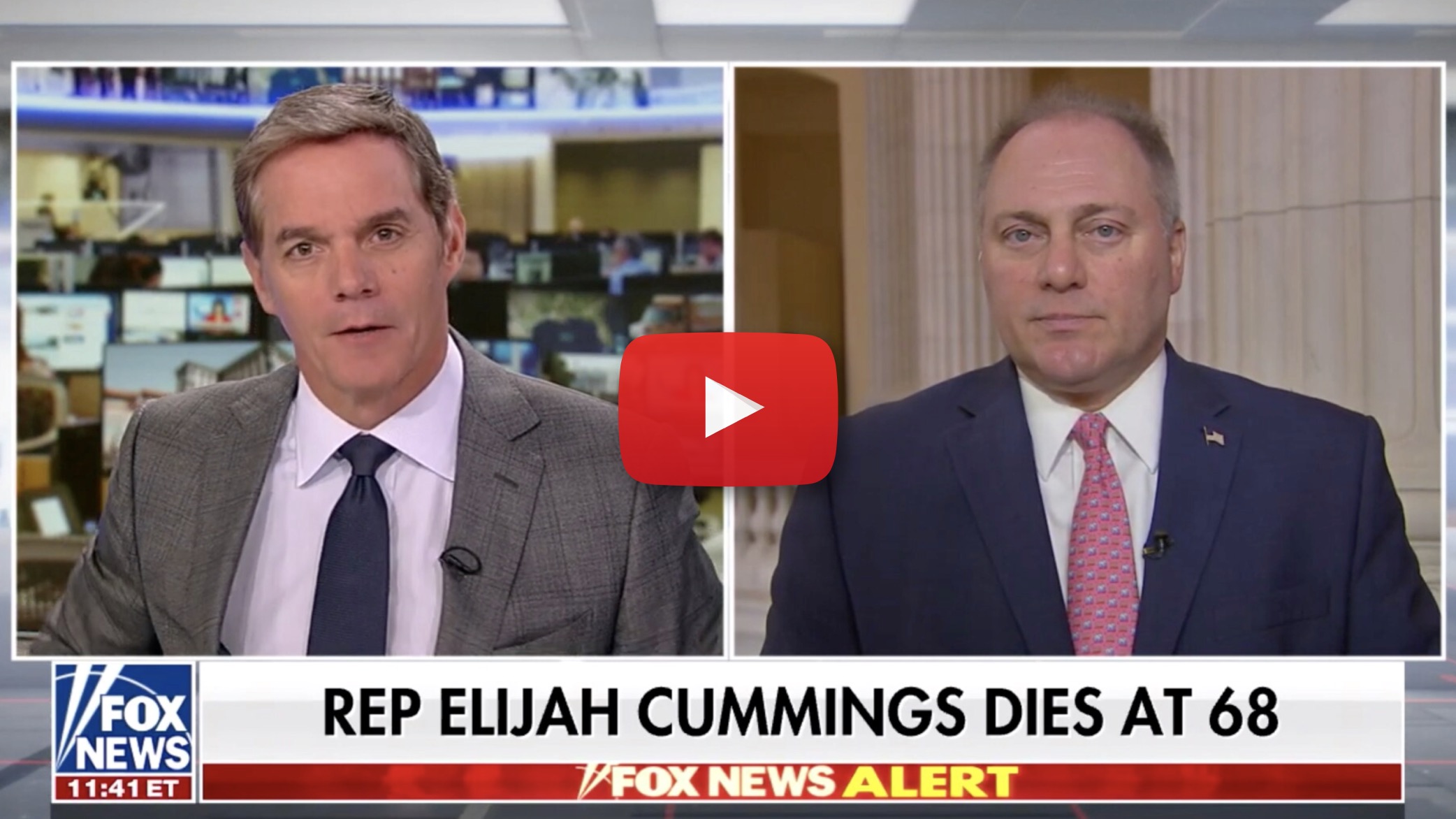 On Democrats’ embarrassing display at the White House meeting yesterday:

“It started off as a meeting to really talk through the complicated issues dealing with ISIS, dealing with the Turks and the Kurds, and Syria. And the President started talking through what he was doing. He was interrupted a lot of times by Speaker Pelosi and Minority Leader Schumer, and it got a little bit heated. Ultimately, if you look at what ended up happening, Speaker Pelosi stormed out with Steny Hoyer and then we actually had a good meeting. Everybody else had, I thought, very rational conversation about what the plan is, how we’re going to make sure that these ISIS terrorists that are being held by the Kurds don’t escape. The problems with Turkey, the actions we’re taking against Turkey to put sanctions on them. And again, it was I thought a very constructive meeting after Pelosi stormed out.

“You had a number of Democrats and Republicans. It was the leaders, both Republican and Democrat, from the House and Senate, including the Chairman and lead Republican of the Committees of Armed Services, Foreign Affairs, from both the House and the Senate. So again, a lot of good conversation. Very legitimate questions, constructive questions, asked by Democrats and Republicans. The President was very candid and forth with his answers. But again, it was after Speaker Pelosi left.”

On Pelosi’s refusal to work with President Trump on serious issues facing the American people:

“It’s not good. She is trying to impeach him, and without evidence. She made it very clear from the beginning, she wanted to impeach him regardless of whether or not there was evidence. Then they’ve been meandering around on this witch hunt to try to find something, and it started with the Mueller investigation. It’s not like they haven’t had investigations. It has been going on for two years. They found absolutely nothing wrong and they won’t stop.

“It’s not a good relationship and it’s unfortunate because look, even during the shutdown, it was contentious. In December of last year, President Trump asked Speaker Pelosi while we were negotiating over building the wall, he said ‘look, you talk a lot about DACA, I’ll put DACA on the table.’ Speaker Pelosi refused to negotiate on DACA, even though she gives all these speeches saying she wants to resolve the problem. The President put it on the table, and she walked out of the room then. So there’s a history of her doing this. She doesn’t want to negotiate on these serious issues.

“…[Nancy Pelosi] just wants to impeach the President. She has disdain for him. Look, it’s understandable that she wasn’t happy with the results of the 2016 election, but the people of America spoke and next year the people of America will be able to choose the President. It shouldn’t be Nancy Pelosi and Adam Schiff behind closed doors. They are literally conducting an impeachment inquiry of the President of the United States, in secret, behind closed doors. And so that’s where she is. She won’t negotiate on these other serious issues. She talked about drug pricing. We passed a unanimous, bipartisan bill out of committee to lower drug prices. Every Republican and every Democrat. She won’t bring that package of bills to the Floor. She is bringing a partisan package of bills right now that they’re trying to move through that will never become law. She could have had USMCA done months ago: [a] better trade deal with Mexico and Canada creating more jobs in America. She won’t bring that to the Floor because she is so focused on impeachment. I think people are sick of that. We should be working on the people’s business and not focusing on [Democrats] trying to reverse the results of the 2016 election when America will decide next year.”

On Speaker Pelosi’s use of closed-door tactics to pursue Democrats reckless impeachment scheme:

“…I think that is Speaker Pelosi’s strategy is to try to hide in secret a lot of the information, drip out things that are selective for them and in many cases that turn out to be inaccurate. But that doesn’t matter. Adam Schiff’s opening statement, he literally read a lie, a falsehood, and then later had to go and say that it was wrong. But the narrative was already out. Speaker Pelosi does this time and time again. We said release the full transcript of the Volker testimony. Why won’t they release that to the public? Ranking members of Congress cannot even go in and read that testimony. Republican or Democrat, can’t even find out what happened in those meetings that they’re going to try to use to impeach a President of the United States. That’s the star chamber that Nancy Pelosi is running right now in the House.”

Scalise: Biden Doesn’t Have A Plan to Solve His Self-Made Crises. Republicans Do.