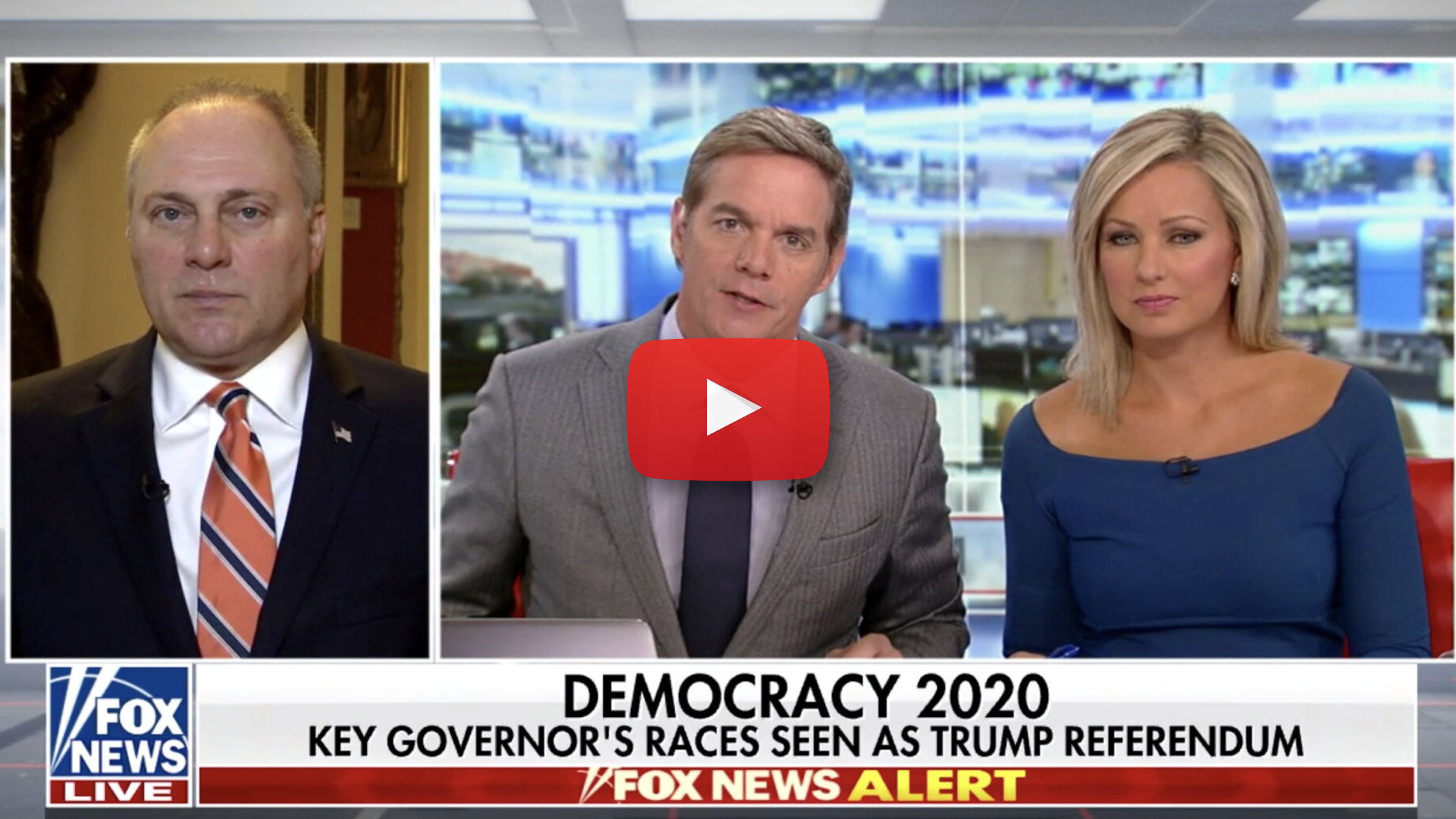 On Democrats’ attempt to remove a sitting President despite any evidence of quid pro quo or wrongdoing:

“Well, you will see a few more transcripts released from some of the secret Schiff hearings. Obviously, the vote last week, the one that kicked off a formal impeachment inquiry, but not using the traditional method of Clinton and Nixon, it’s still a one-sided show. The bottom line is, [Democrats] are trying to remove a sitting President for something that President Trump did in a conversation with President Zelensky that neither side felt was inappropriate. Zelensky never felt pressure, Ukraine got the money, and yet they still want to remove a sitting President. More because they want to undo the 2016 election, than because there was some kind of quid pro quo, wrongdoing.”

“First of all, what you see and by the way, other people that testified gave different kind of backgrounds. It depends on who you voted for in the election. [Ambassador Marie Yovanovitch] was an Obama holdover, somebody who didn’t necessarily support President Trump’s agenda. But she wasn’t elected to be the Commander in Chief to set our foreign policy, Donald Trump was. And so, some of these career bureaucrats, just like you’ll see with any new President that comes in, they will bring in their own people that are going to carry out their foreign policy. It’s why you have elections.

“Barack Obama had a very different, I would argue, a failed foreign policy as it relates to Ukraine and other countries. President Obama did not support Ukraine standing up to Russia, for example. Donald Trump did. Donald Trump actually sold the Javelin missiles to Ukraine so that they could push back on the tanks that were coming in from Russia. In fact, Zelensky thanked President Trump for selling those Javelin missiles, which Barack Obama would not sell. One more key difference in foreign policy. I would argue very much more improved foreign policy by President Trump, than the failed approach by Barack Obama. But, she was a holdover from Obama. [President Trump] brought in somebody that was going to carry out a much better foreign policy and, by the way, the results are there. We actually have a much better foreign policy. Including we just, a week and a half ago, took out the head creator of ISIS, as well as the number two head of ISIS. That’s pretty good foreign policy.”

“Well, if you read the process that [Democrats] set up last week, it still allows the Chairman to have veto power over any Republican witnesses. It still allows the Chairman to kick the President’s legal counsel out of the room. That was never the case during Nixon or Clinton. Those were both very fair and open processes. But at the end of the day, both of those processes started with a crime. Under Nixon, it was the break in at Watergate. Under Clinton, it was lying under oath and obstructing. Here they still haven’t laid out a crime. They hope that there’s a crime. They’ve been hoping for 2 1/2 years. It started with the Mueller investigation – no crime there. So, they moved on to try to look for something else. They thought the phone call was going to yield something. And then the President released the transcript and you can see in the transcript there is no quid pro quo. In fact, again, Zelensky, who was the other person on that call, said it was a perfectly fine call. And in fact, he appreciated the call from President Trump and he got the money that he was seeking and he got the Javelin missiles that he was seeking as well.”

“I think you are going to hear some career bureaucrats who don’t support President Trump’s agenda, who didn’t vote for the President. In fact, all the accounts we see about the whistleblower, was that the whistleblower may have actually worked for Joe Biden. So, you see people with political bias, the Inspector General said that about the whistleblower, but just having a different viewpoint of the world or a viewpoint of foreign policy is not a reason to remove a sitting President. We have elections for that. That election is next year, and the people of this country should decide it. So, I think you will hear a lot of people on both sides.”

“It’s a policy difference that a lot of these career bureaucrats you know, they don’t like the fact that President Trump is carrying out the foreign policy he got elected to carry out. And oh, by the way, Ukraine was carrying out, the President of Ukraine was carrying out the foreign policy, cleaning up corruption that he got elected to root out in Ukraine. It was a problem everybody knew Ukraine had before Zelensky was elected President. That’s why President Trump was congratulating him on that phone call.”

On the lack of due process under Democrats’ partisan, misleading impeachment resolution:

“[Adam Schiff] very well could be [a Republican witness]. There are a number of other witnesses that our side have laid out. Whether or not we’ll even get that opportunity, we don’t know because the process as laid out last week doesn’t guarantee us that. [The process] still gives Schiff the full authority to veto people or [Rep. Jerry Nadler] if it ultimately goes over to his [Judiciary Committee]. This is again, all about a phone call where the two participants on the phone call, Donald Trump and President Zelensky, both said they appreciated the call. And in fact, Zelensky said he felt no pressure and he got the money that the United States was sending over well in advance of the time frame for it.”

On the endless investigations into President Trump, despite any evidence of wrongdoing:

“…We have had endless investigations. We had a Mueller [investigation] for 22 months. That investigation was supposed to yield all of these different charges, and it never did because there was no wrongdoing. The bottom line is just because you disagree with an election in 2016, do you just investigate, and investigate, or should we be tackling things like passing bills to lower drug prices – which Speaker Pelosi is not doing. Should we be actually making sure our troops have the tools that they need to combat terrorism around the world. The Defense Department can’t buy those things that our troops need right now because [Democrats] are not resolving those issues. They’re focused on impeachment.”

On America’s enthusiasm for what President Trump is accomplishing for our country:

“Well, the one thing I do see is that President Trump continues to pack these houses. There are thousands of people waiting outside who can’t get in. They want to be at these rallies because they love what President Trump is doing to get our economy back on track, to rebuild our military and stand up to the bad actors around the world like Russia, like China, like Iran. And so, I think you are seeing a lot of enthusiasm for the President. I know when he came to Louisiana, when he was in Lake Charles, it was a packed house. When he goes to Monroe tomorrow, it will be a sold-out arena. And look, this President is doing great things for this country. I feel good about going into next year. I think that’s why you see [Democrats] throwing so much at [President Trump] this year with impeachment. In fact, some Democrats have said if they don’t impeach President Trump, he will get reelected. That’s not why you impeach a President. That’s why we have elections.”