WASHINGTON, D.C.—House Republican Whip Steve Scalise (R-La.) pressed Majority Leader Steny Hoyer (D-Md.) during today’s colloquy on the Democrats’ outrageous, ambiguous, and endless impeachment plans. Whip Scalise pointed out that the Judiciary Committee is the committee of jurisdiction for much of the crisis on our southern border, and expressed hope that the committee could get back to the hard work of governing and leave this witch hunt behind. 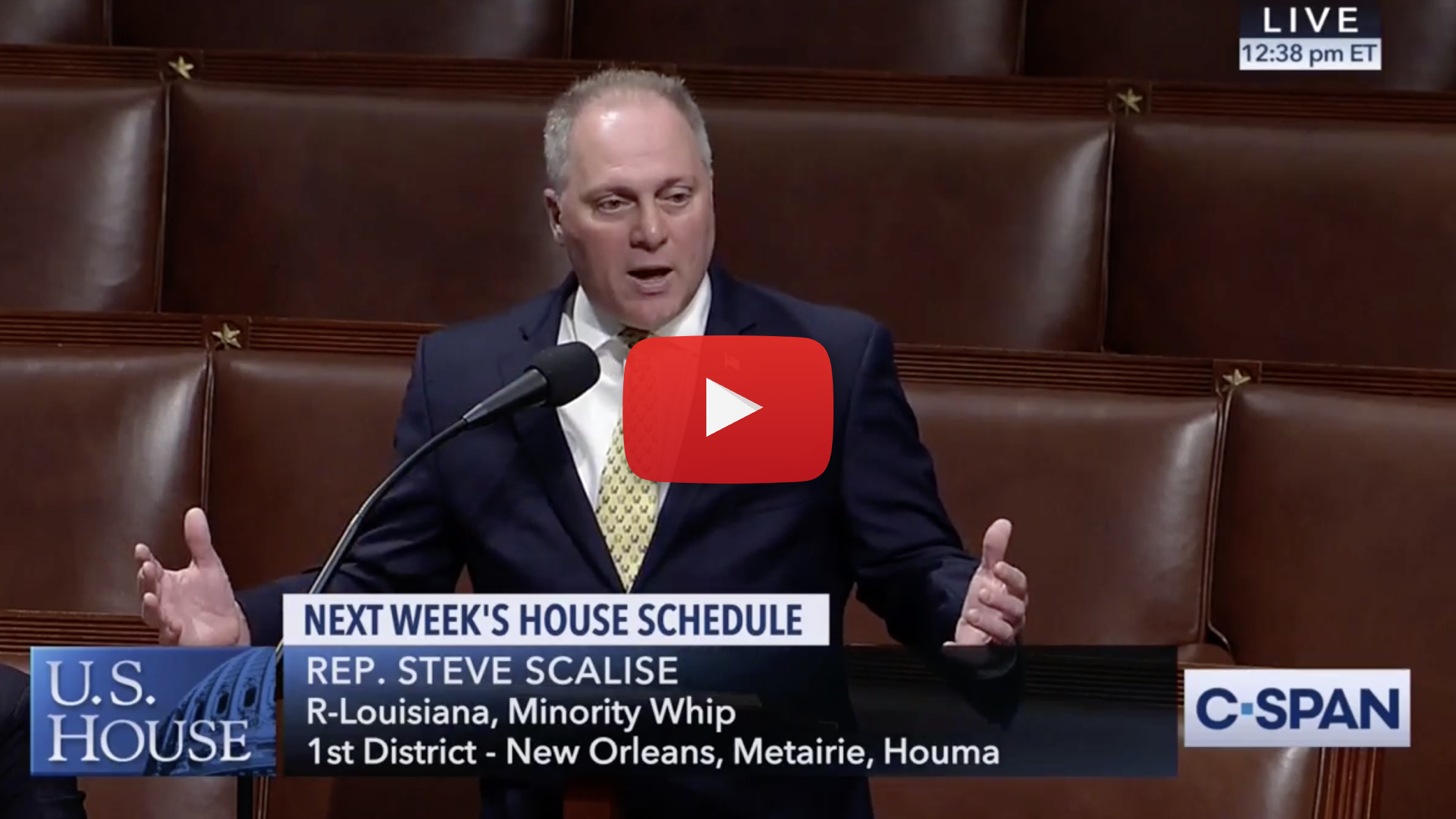 “It was a farce. It was a farce to try to appease the radical left base that wants to impeach the President, even though there’s nothing to impeach him on. And instead of just giving it up and focusing on their job, the things they should be focused on, they’re just going to keep meandering around on this, witch hunt.

“And I know someone in your majority, maybe even the Majority Leader himself are trying to distance themselves from it. Because they know the American people think that it’s lunacy to be wasting time trying to impeach the President even though there’s nothing to impeach him on and just driving around on a witch hunt.”

On the Democrats’ lack of action addressing the crisis at our southern border: 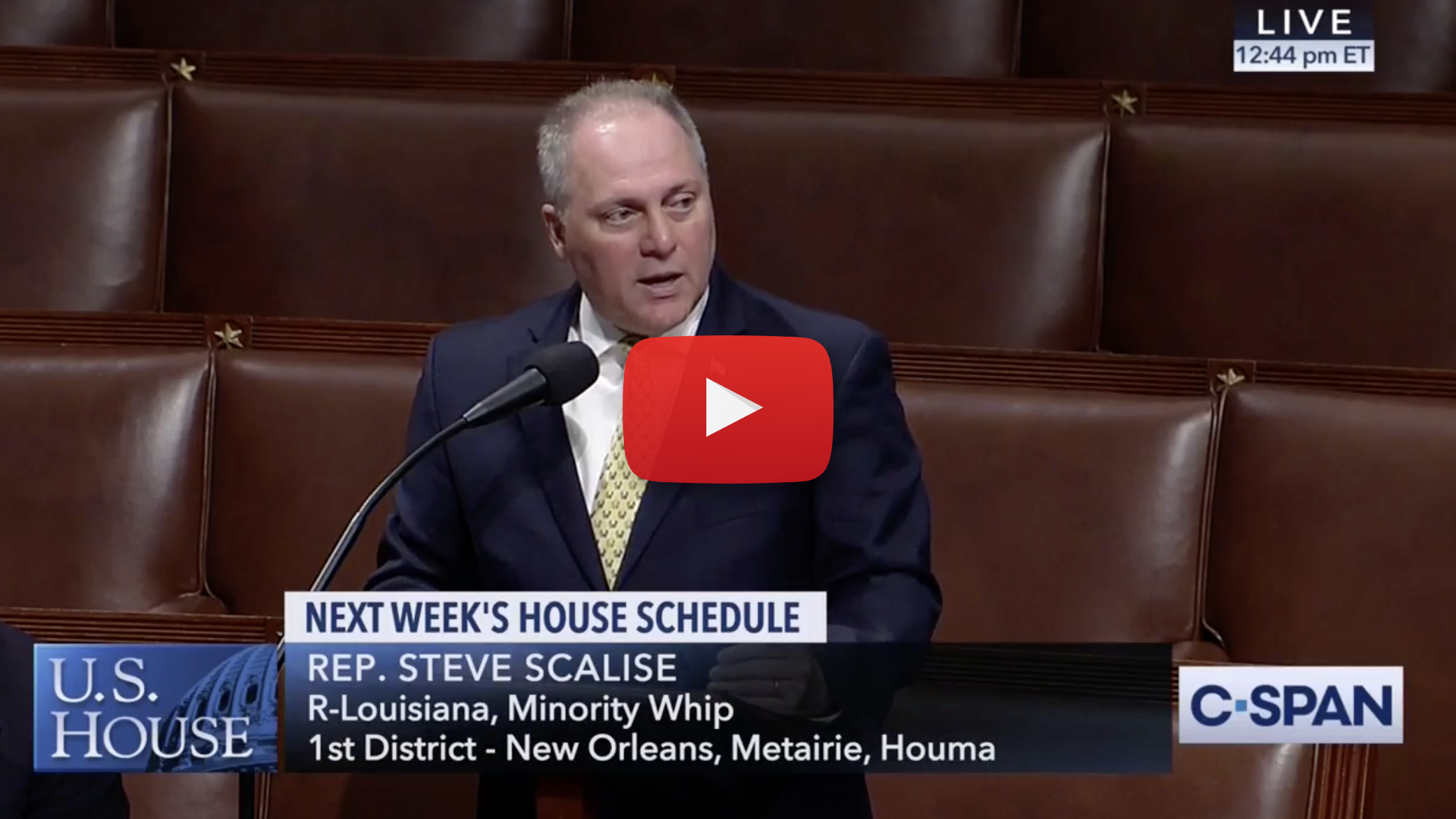 “We all should have applauded when the Mueller Report said that there was no collusion, but instead of closing it out, there’s still, I guess he says by the end of the year, he wants to move articles of impeachment. So I guess that means they’ve drafted it up and are hoping to find something to fill in the blanks.

“But that’s irresponsible of that committee to be moving down a course of impeachment when there’s nothing to impeach the President on and especially when there’s so much other work that needs to be done by that committee. We have a border that’s out of control right now — thousands of people coming across every day.

“Good thing the President of the United States has actually worked an agreement with Mexico. The President was able to achieve that recently where the Mexican President said that he’s going to start putting thousands of troops at the Mexican southern border. And you know what, it’s starting to yield results, but we still have human trafficking coming across our border.

“We still have drugs coming across our border and there’s been requests made to get more funding to secure that border, to put technology in place, to put other tools in place so that our Border Patrol agents can do their job securing America’s border. And that’s the committee of jurisdiction. And they’re not bringing bills out of committee to solve that. They’re filing articles of impeachment or hoping to move articles of impeachment in the next three months. And there’s not even anything filled in because there is nothing the President’s done to be impeached upon.”

On Democrats’ reckless actions and the need to move on: 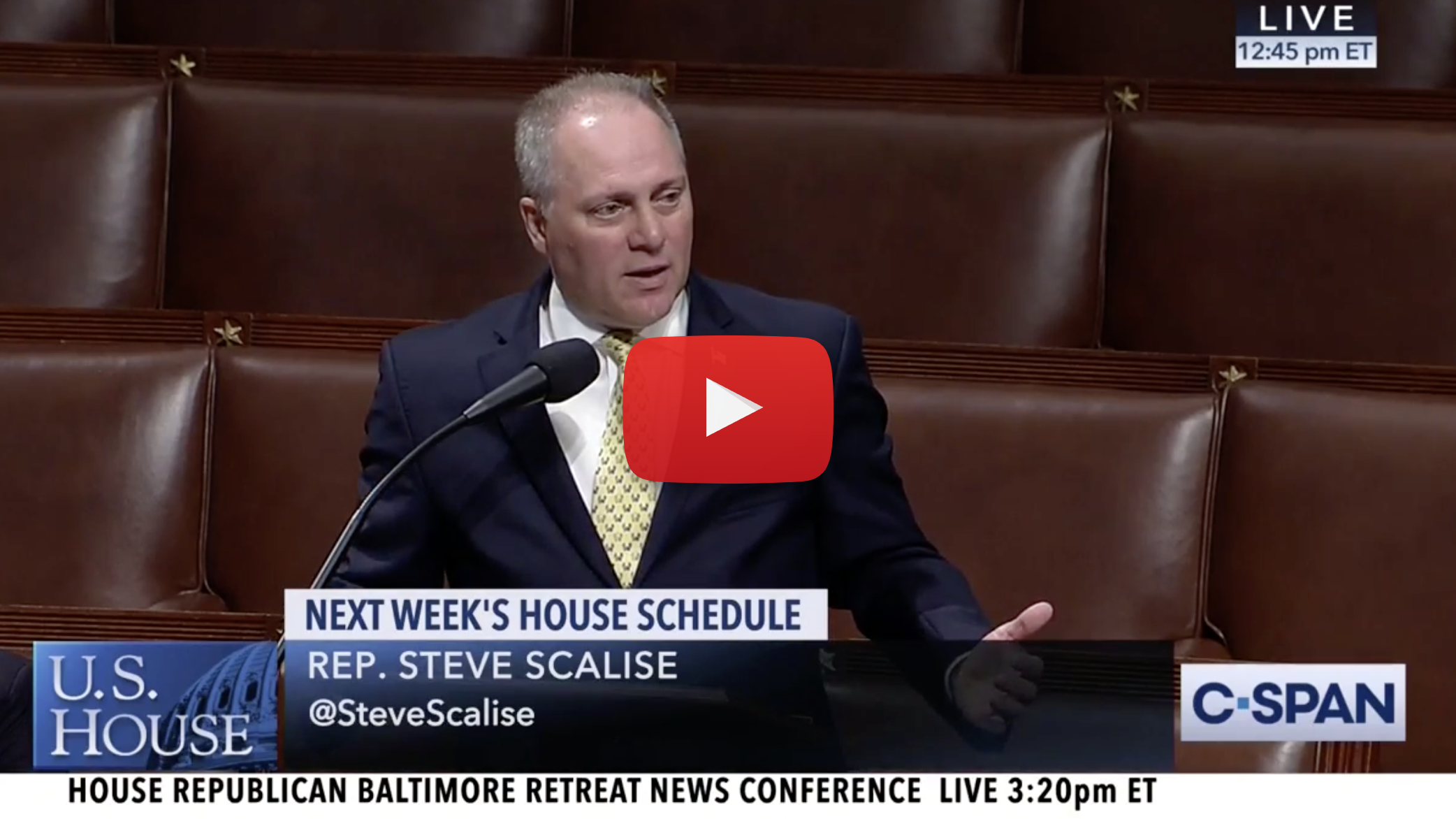 Click here or on the image above to watch the clip.
“It’s time to move on and do the work of the committee instead of focusing on impeaching a President, even though there’s nothing to impeach on.

“If there’s something, show us what it is! But to recklessly talk in an open hearing that they’re going to impeach the President and they’re going to move articles of impeachment to the House floor by the end of this year? On what? This has to end. We’ve got to focus on the things that actually need to be fixed by that committee and this Congress and drop this witch hunt.

“And I would hope that y’all would make the right decision and say we’re going to move forward on the things that need to be addressed by the committee. If there’s something that comes up, sure, they go to look at it. But there’s not anything.

“And if there was — they would’ve filed that already. But to say they’re going to file it even if there’s nothing? That is dangerous, reckless and irresponsible.”