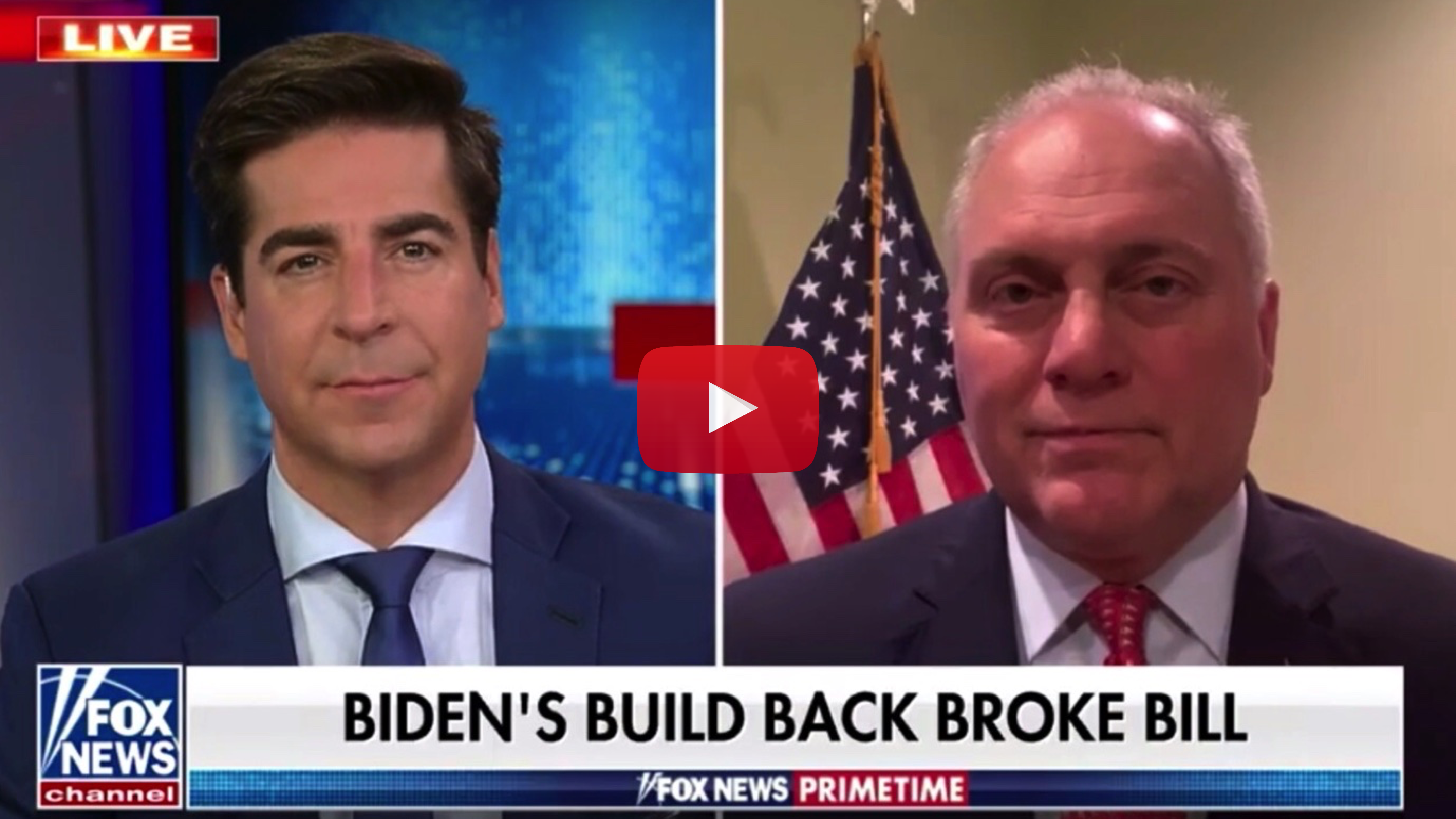 Click here or on the image above to watch the interview.
On Democrats ramming their radical tax-and-spending spree through the House of Representatives: “Clearly, they don’t understand the math of it because as they’ve been promising, ‘Zero, zero, zero.’ The numbers that came in last night – and the ink wasn’t even dry when they rolled the bill out – $800 billion added to the deficit in just the first five years.“And by the way, that’s what a bunch of budget gimmicks that if you look at the University of Pennsylvania’s Wharton School’s study shows you: It’s probably closer to $4 trillion in deficits, plus inflation, plus a natural gas tax that hits lower-income people the hardest.“And ironically, as even [Senator] Bernie Sanders pointed out, the biggest giveaway in this bill goes to millionaires in just five states. So, that SALT deduction for five states, millionaires get the biggest benefit. The smallest benefit goes to those making less than $75,000. [Senator] Bernie Sanders called that hypocritical, and they wouldn’t take it out of the bill.“87,000 more IRS agents to go after the bank accounts of hardworking families. Good luck trying to sell that back home when people figure it out.”On voters rejecting the Democrats’ inflationary policies:“That’s right. And it’s the biggest complaint you’ve already been hearing for months now. Inflation is the driving thing that was leading the charge along with parents revolting against these big government socialists in Virginia. When you saw a blue state like Virginia turn red, and you would think when their message was ‘Stop the madness. Stop all the spending in Washington.’ You’d think they would reverse and work with us on trying to get it under control. Instead, they went [in] the opposite direction – 180 degrees – full speed ahead off a cliff, and inflation is going to get worse.”On the chances that Democrats’ tax-and-spending spree is passed in the Senate:“Well, in the end, if you listen to what [Senator Manchin has] really been saying, I think he’s opening the door to voting for parts of it. And look, even $1.5 trillion in new taxes, Jesse, would be devastating to millions of jobs in America.“Even parts of the Green New Deal, which are in there, would destroy American energy. And as you’ve seen, Joe Biden doesn’t have a problem destroying American energy jobs. But, he gives gifts to OPEC. He begs OPEC to drill more. He gives Putin a pipeline in Russia while he shuts down our [Keystone] pipeline. So, he’s against American energy jobs. He’s for jobs in Middle Eastern countries [and] Russia. He’s shipping jobs to China.“That’s where inflation really becomes a problem at $1.5 trillion. So, even if the Senate does a scaled-down version. You know, only in D.C. would they call $1.5 trillion in new taxes and spending a moderate bill. That’s not moderate. That’s far-left, liberal. And ultimately, all of this big government socialism is costing those [Americans] that really can’t afford it, the middle and lower-income families, the hardest.”