WASHINGTON, D.C. — Today, House Republican Whip Steve Scalise (R-La.) gave a speech on the House Floor slamming President Biden’s anti-American energy policies and how they have fueled Vladimir Putin’s invasion of Ukraine. Whip Scalise highlighted that Russia earns over $700 million per day from its oil and natural gas sales to the United States, the United Kingdom, and the European Union. Whip Scalise urged President Biden to reverse his war on American energy by lifting his administration’s moratorium on all new oil and gas drilling and start exporting liquified natural gas to U.S. allies, so they do not have to rely on Russian energy sources. 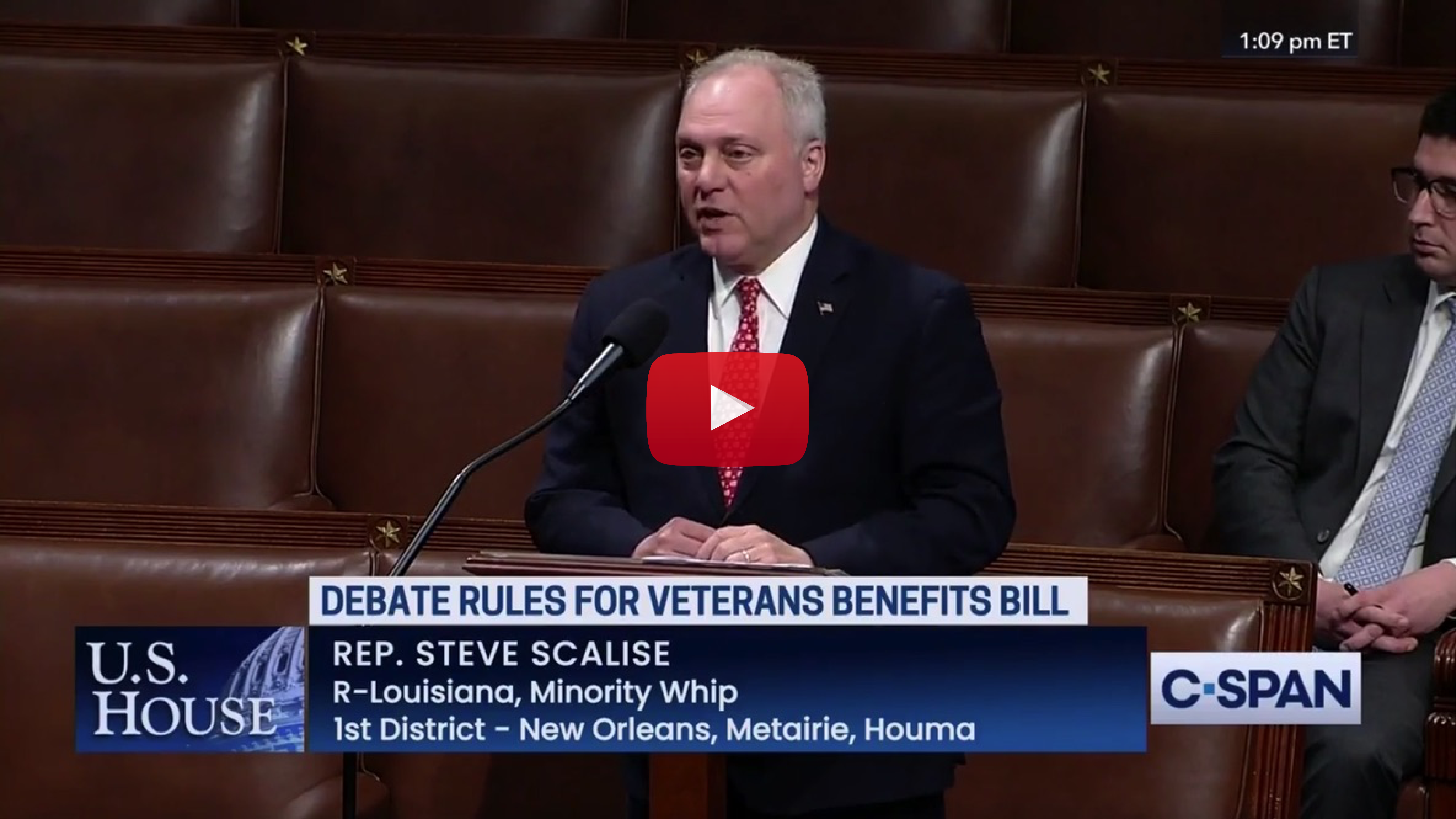 “Thank you, Mr. Speaker, and I thank my friend from Pennsylvania for yielding.

“First of all – opposing the previous question – the bill that is going to be coming up later is a very partisan bill. We could actually bring up the [Health Care for Burn Pit Veterans Act] that passed the Senate unanimously. Imagine in these times, when a bill passed the Senate unanimously, and [the House Democrat Majority] won’t even bring that bill up, which clearly is the way to help our veterans.

“But there’s something more important that we can do today dealing with the crisis in Ukraine. There are many crises in America, but in Ukraine, [Vladimir] Putin is running roughshod over the people of Ukraine – carpet bombing cities. And one of the ways he’s fueling his war is with oil that America and other countries are buying because President Biden took American energy off the table.

“They are very specific things President Biden does that if we reject this previous question, we can turn around and bring up this legislation by my colleague, [Energy and Commerce Committee Ranking Member] McMorris Rodgers and [Natural Resources Committee Ranking Member] Westerman that actually [opens] up American energy and [takes] leverage away from Putin, and also [takes] billions of dollars away from Putin that he’s using to finance the war.

“Let’s talk about a few of those very specific things we can do with rejecting the previous question to bring up this important energy legislation. When President Biden came [into] office, he did a number of very specific things to undermine American energy – not energy all over the world. He’s begging OPEC and begging Russia to produce more oil. Think how tone-deaf that is – begging Russia to produce more oil. Let’s open up our American energy reserves that President Biden shut off. Let’s approve [liquefied natural gas] exports so we can help Europe get energy from America, not from Russia. President Biden hasn’t approved a single LNG facility [or pipeline] in over a year. Let’s get rid of the red tape that they’re using.

“Do you know that Russia right now is making $700 million a day by selling oil to America, [the European Union], and [the United Kingdom]? $700 million a day to fund his war against Ukraine. Let’s end it by opening up American energy reserves [and reversing] all these radical policies by President Biden that are emboldening Putin.”