“Today I had another very positive conversation with Secretary Chao to reiterate the national importance of Louisiana’s LA Highway 1 and to continue advocating for her support of our application for the federal INFRA grant to elevate LA 1,” said Whip Scalise.“Elevating LA 1 has long been a top priority of mine, and I will continue working with Governor Edwards and other leaders to advance our shared priority of securing federal funding for the LA Highway 1 project. Governor Edwards and I are in complete agreement that elevating LA 1 is a top priority, and the completion of this critical infrastructure project will strengthen Louisiana’s economy while also strengthening America’s energy security.”

“Completing LA 1 now is more important than ever before, as this necessary infrastructure investment will help both our state and the national economy recover,” said Governor Edwards. “With the unprecedented and innovative commitment I signed into law last year using BP settlement dollars to leverage federal and private investment, I am confident that with the help of the federal government we can get this project moving. My administration and DOTD appreciates the collaboration with our Congressional, Legislative and stakeholder leaders on this and other infrastructure projects that are moving forward.”

“Completing reliable access via LA 1 to Port Fourchon is critical to the nation’s energy, fisheries, and tourism sectors,” said Henri Boulet, Executive Director, LA 1 Coalition.“LA 1 is also vital to our state’s coastal restoration master plan and hurricane evacuation. The local community, state and oil and gas industry have brought the project to this point and the LA 1 Coalition stands with the Louisiana Congressional Delegation and Governor Edwards as we work towards the goal of a robust Federal commitment to complete LA 1.” 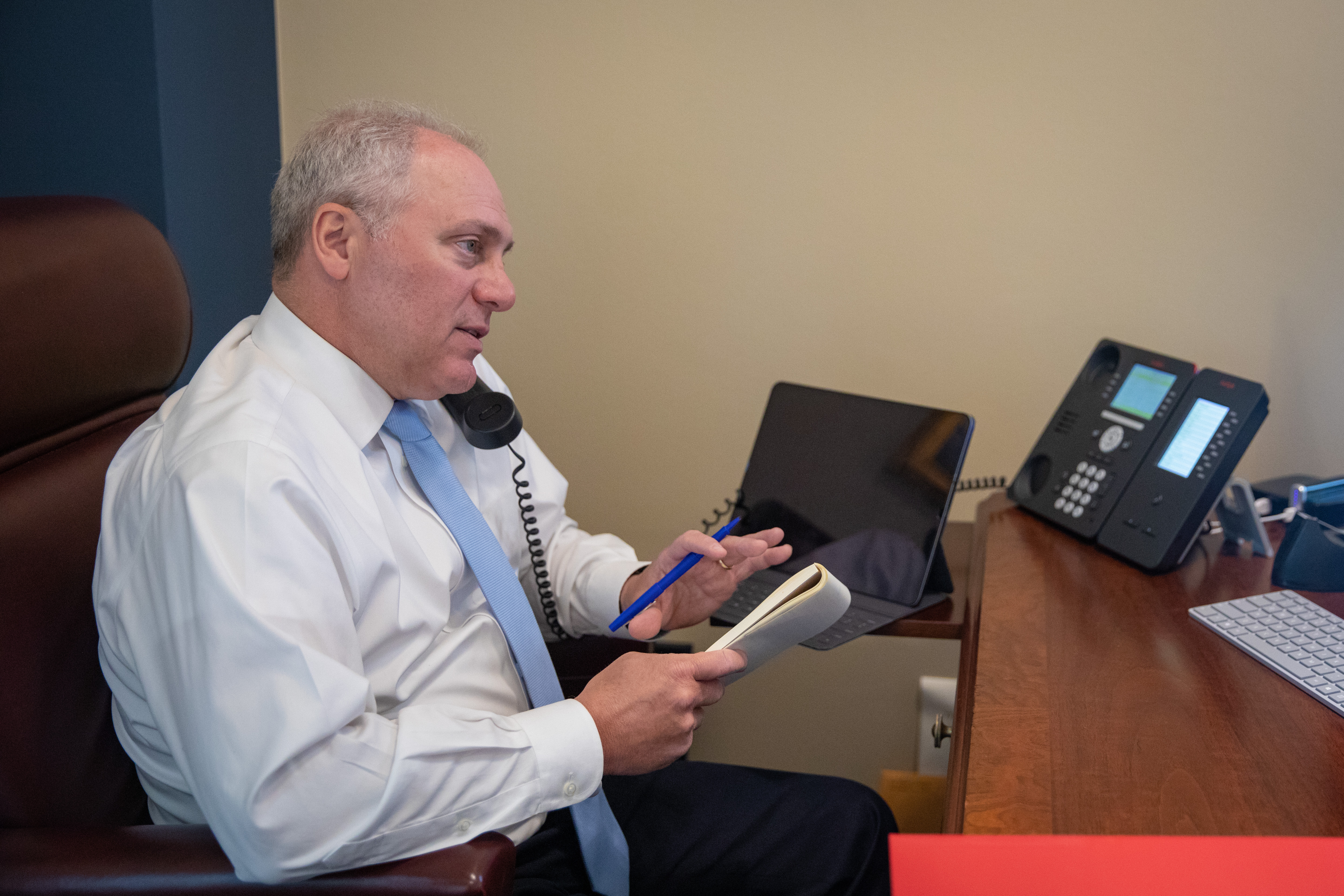 Whip Scalise and Secretary Chao discussed the LA 1 INFRA grant application and ongoing U.S. Department of Transportation review of applications. Whip Scalise highlighted the importance of the project to the offshore oil and gas producers. Whip Scalise also thanked Secretary Chao for previous federal support of the I-12 expansion project in the First Congressional District, and updated her on the recent groundbreaking of the project.