WASHINGTON, D.C.— Today, House Republican Whip Steve Scalise (R-La.) joined Congressman Byron Donalds (R-Fla.), and other members of the Republican Study Committee to discuss how President Biden and Speaker Pelosi’s radical, socialist policies are destroying the American economy. Whip Scalise highlighted that low-income and middle class families are paying more for everyday goods and services due to Democrats’ inflationary policies. In addition, Whip Scalise slammed the Biden Administration for wanting to give $450,000 to illegal immigrants who were separated from their families as they unlawfully entered the United States and highlighted that this amount of money would be more than what Gold Star families received. 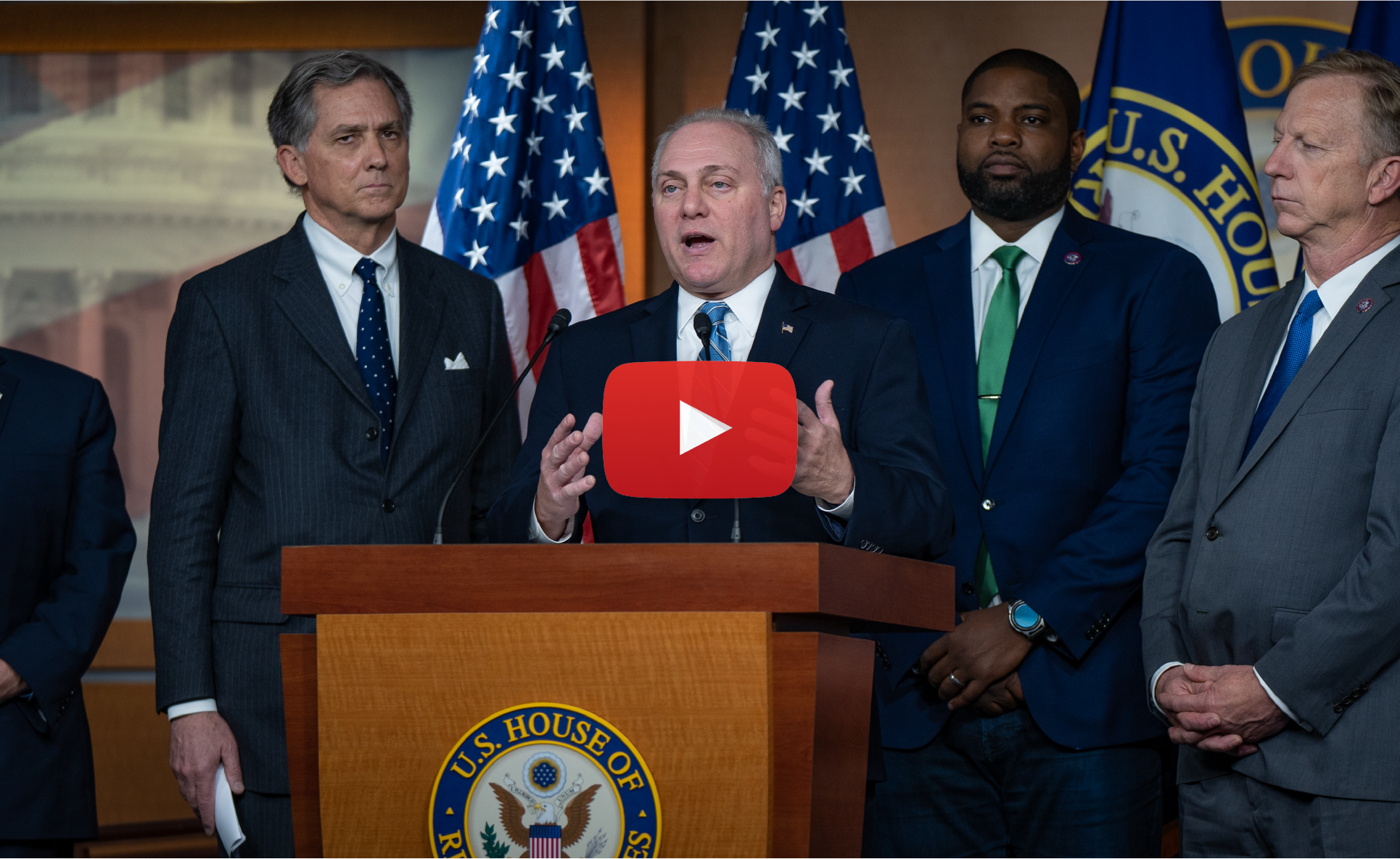 “And one of the things that we’ve been hearing all across the country, from our constituents, from people all around the nation, is they’re fed up with the failed policies of President Biden and Speaker Pelosi. And especially, they are angry about the inflation that all the trillions of dollars that have already been spent are causing and taking money out of the pockets of those families.

“President Biden, when he ran, he said – he promised if you make less than $400,000 you won’t pay a dime in new taxes. The problem is, with the Biden inflation tax, that is already hitting hard-working families. In fact, lower-income families are hit the hardest by inflation, and what kind of inflation? I’m talking about the more than 40 percent that people are paying for higher gas costs. When they go to the grocery store, everything they’re buying is more expensive. In fact, the reports are that this will be the most expensive Thanksgiving in history because of President Biden’s inflation. And what is his answer?

“Instead of working with House Republicans – we want to focus on lowering gas prices with a robust energy strategy. We want to focus on lowering the prices that people pay for things at the grocery store by getting our economy back open again. And instead, they want to spend trillions more and then raise taxes even higher, including things like the natural gas tax, which low-income families will pay the hardest. Again, breaking his promise [on] people less than $400,000 a year. Those families will pay a lot more in higher taxes. Estimates are up to 20 percent more in their electricity bills. And why do they want to raise these taxes? It’s not to balance the federal budget. It’s not to solve these crises that he’s created.

“It’s to create more programs like adding 87,000 more IRS agents. That’s more than doubling the size of the IRS to then go snoop on people’s bank accounts. It’s not the millionaires and the billionaires they plan on snooping. They plan to raise another $400 billion by sending this new army of IRS agents to snoop on bank accounts of people like the wait staff at a restaurant who are struggling already. The IRS is going to be snooping on their bank accounts.

“They want to create millions [of] more loopholes for illegal aliens to come to this country at a time when President Biden is now contemplating giving $450,000 of your taxpayer money to each illegal alien who’s filed suit against the United States. Giving them $450,000 per person and then creating amnesty in this bill to bring millions [of] more people in. That’s more money than a Gold Star family gets. That [could be] more money than [what] a victim of 9/11 got. That’s the obscene madness of trillions in spending that people are revolting against all across the country, including in Virginia.