In addition, Whip Scalise highlighted that Democrats have attempted to vote for their tax-and-spending spree five times, but Speaker Pelosi cannot find consensus within her party to pass President Biden’s big government socialist agenda. Whip Scalise emphasized that Democrats’ radical agenda would fuel the unprecedented increase they’ve caused in inflation and blasted the Biden Administration’s reported plan to send $450,000 payments to illegal immigrants who were separated from their families as they unlawfully crossed the southern border. 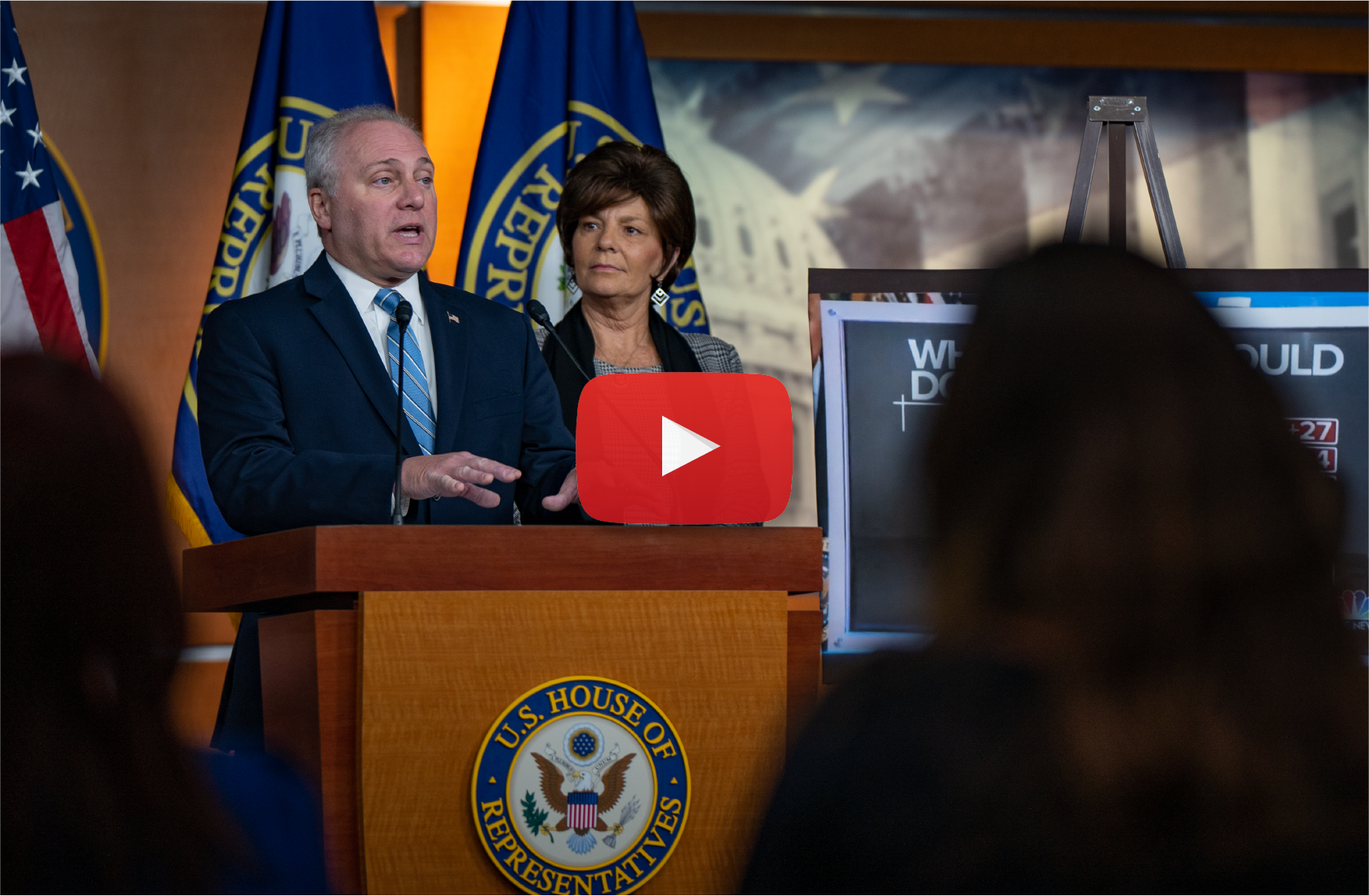 On how President Biden and Congressional Democrats are out of touch with low-income and middle class families:

“This week is yet another example of just how misplaced President Biden and Speaker Pelosi’s priorities are and how out of sync they are with the everyday Americans, the priorities and concerns of hard-working families all across America, people that are tired of paying for all of Joe Biden’s failures. When you look at inflation, gas prices [are] over 50 percent higher than they were a year ago.”

On how President Biden’s misguided climate policies are a gift to foreign adversaries like China and Russia:

“And what is Joe Biden’s answer? It’s to shut off production in America, jet off to Europe in planes that are fueled by jet fuel, which is fossil fuels, to try to tell other people around the world that we shouldn’t use fossil fuels. And then ironically, the two biggest emitters, China [and] Russia, are exempt. They’re not even going to be participating in this folly in Europe.”

On President Biden and other world leaders using private jets to attend their international climate conference:

“I would imagine, everybody’s wondering what the carbon footprint of this global warming conference is in Scotland. In fact, if you take more than 540,000 Americans, they don’t emit more carbon in one day than what these European leaders and Joe Biden and his entourage are emitting right now in Scotland. In fact, they said the airport is so overfilled with private jets, that the jets have to land in Scotland, let the passengers off, and then fly to another airport and park because there [are] so many private jets flying over to Europe to tell everybody in America to change their lifestyle because fossil fuels are destroying the world.

On the need to reverse the Biden Administration’s costly green energy policies and bring back American energy dominance:

“And by the way, stop beating up on America because America was leading the world in reducing carbon emissions, through American technology and energy dominance, both being done at the same time during President Trump’s administration.

“And, during that period, we also had less than $2 a gallon [for] gasoline. And so families were getting the rewards of energy dominance and lower carbon emissions, and in less than a year, President Biden has reversed all of that. Where we have higher gas prices and higher carbon emissions, and we’re sending more jobs to China and Americans are paying the price for it. And what is his answer? To try to raise even more taxes. To try to increase spending by trillions more this week.”

“Today will mark the fifth different time that Nancy Pelosi has promised a vote on the House Floor on this massive multi-trillion-dollar tax-and-spend bill. Five different times she’s promised to vote. And I would project that today, she will blow through that deadline as well because they don’t have the votes.”

On Democrat policies being rejected in Virginia:

“And I think after what you’re going to see in Virginia tonight, where you’re seeing all across the state of Virginia, people are rejecting big government socialism. They’re rejecting these union bosses, and these elected officials who are beholden to union bosses, trying to tell parents not to be involved in their kids’ education as [Congressman] Wittman talked about.

“It’s encouraging to see it, not just in Virginia, but all across the country, where parents are getting more involved in government because they see government failing the needs of their kids. And that’s, ultimately, what’s at stake here. People are fed up with big government socialism, and the people that are so out of touch with the hard-working families that make this country work.”

“When they look, and they see Joe Biden want to add 87,000 more IRS agents to snoop into their personal bank accounts to fund $450,000 checks to illegals – people that came here illegally. And then in this bill, they actually have amnesty for millions, more illegals. [Congresswoman Herrell] talked about the $100 billion in this massive tax-and-spend package to go to people that came here illegally at a time when families are struggling.”

“Seventy-one percent of Americans say the country’s on the wrong track because of the failures of Joe Biden’s policies. And their answer is not to work with Republicans to solve these crises, which we stand ready to do. Their answer is to double down on [their failed policies.] To jet off to Europe and talk about wrecking our industrialized economy, exempting China, exempting Russia. Frankly, Joe Biden’s begging China and Russia [to produce more energy.] He’s begging OPEC to produce more oil while he’s telling Americans they can’t produce oil in this country.”

“People are fed up with that kind of hypocrisy and the damage it’s doing to families in the form of higher inflation. It’s not just gasoline that’s over 40 percent higher, but it’s all of the things that people buy at the grocery store. As our Conference Chair, Elise Stefanik, has talked about. This will be the most expensive Thanksgiving ever because of all of this inflation caused by Joe Biden’s failures. It’s going to cost more to buy a turkey. It’s going to cost more to buy sweet potatoes and cranberry sauce and anything else people want to put at the table when they’re bringing their family together.”

“And what is the answer of Joe Biden and Nancy Pelosi this week? To try to double down and raise taxes, even higher, including a natural gas tax that will hit all families. To spend trillions of dollars more, including giving $450,000 to people who came here illegally while they’re trying to tax families higher on their natural gas bill when they pay for their electricity.

“They are out of touch with the hard-working families of this country, and that’s why people are rejecting this big government socialism.”