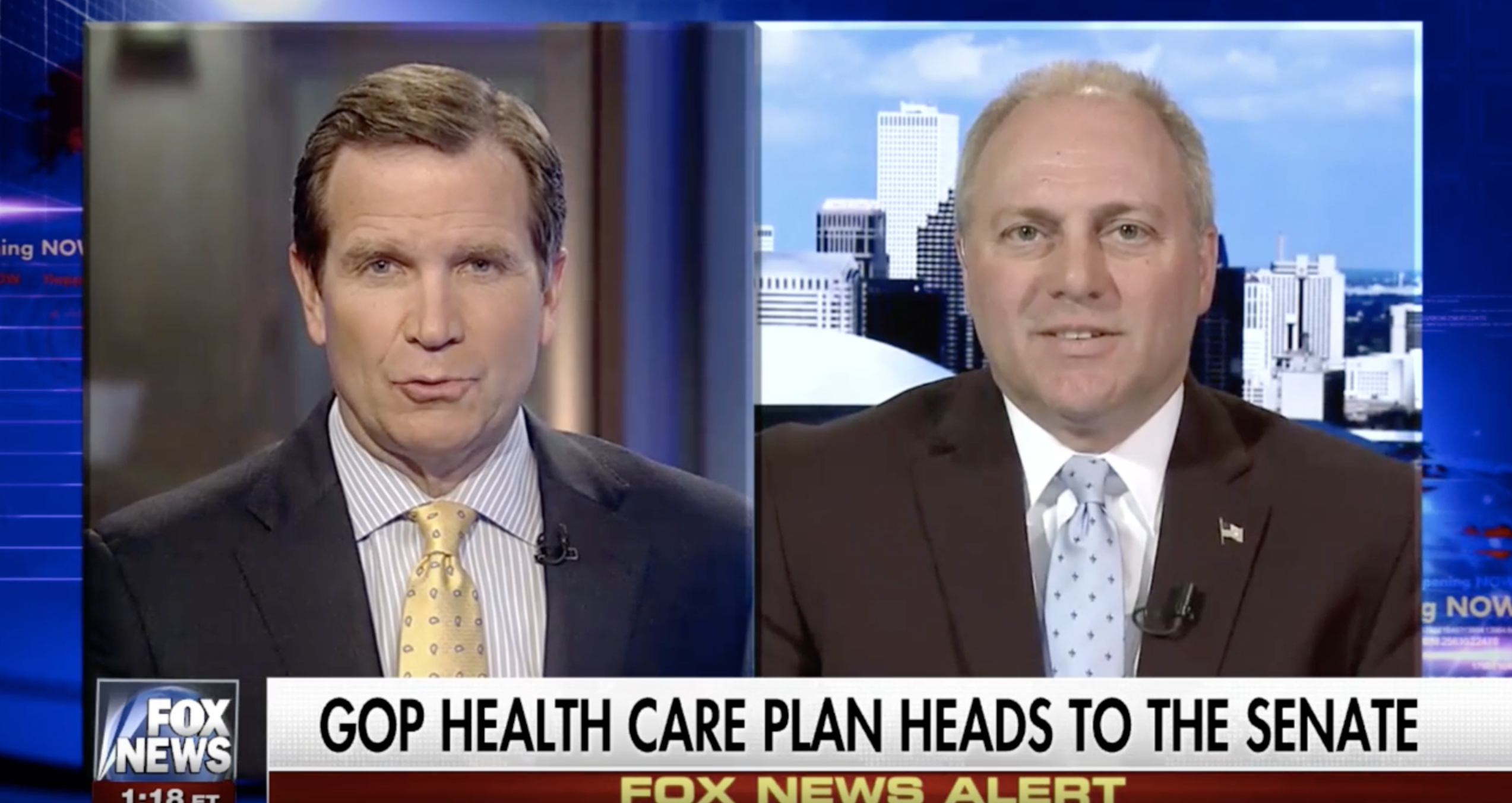 On Nancy Pelosi’s criticism of the bill:

“Anybody who takes political advice from Nancy Pelosi would be relegated to a life of political extinction, so she can continue to try to defend Obamacare. It’s failing the American people. We have promised for years that we would get rid of this law, replace it with reforms that actually lower premiums, and put patients back in charge of their health care decisions instead of Washington bureaucrats. So I can understand why she wants to continue to hold onto this sinking ship, but we’re providing relief for families. We’re going to follow through on this promise and it’s going to be really important in relief for lower premiums.”

On how those with pre-existing conditions are not losing their coverage under the bill:

“No, they are not, and in fact, we put multiple layers of protection in this bill for people who have pre-existing conditions. And in fact, I think if you look right now under Obamacare, if you’ve got a pre-existing condition, in many cases, you are paying exorbitant amounts and a lot of people I get letters from, families that say they’ve got $12,000 deductibles. So they’re paying a really high premium and then every time they’re going to the doctor, they’re paying pretty much everything out of pocket because of the high deductible, so this law does not work for them. They want relief. We’re going to give it to them in this bill by making sure that they actually have protection in multiple ways. We put in place risk pools that actually lower premiums for people with pre-existing conditions.”

On the further steps Congress will take to lower costs in the health care market:

“A lot of these tests doctors run, they’ll tell you have nothing to do with the health care of the patients, it has to do with the fear of frivolous lawsuits and so it jacks up the cost of health care by estimates of some cases of over $100 billion a year. And so we have a bill to actually do real medical liability reform. Unfortunately, that bill takes 60 votes in the Senate unlike 51 with the bill we passed yesterday. We’re going to bring that bill anyway, we’re going to bring bills to allow people to buy insurance across state lines, something that’s a really powerful tool to lower cost. We just passed a bill to the Senate to allow people to pool together too to get the buying power of a big company.”