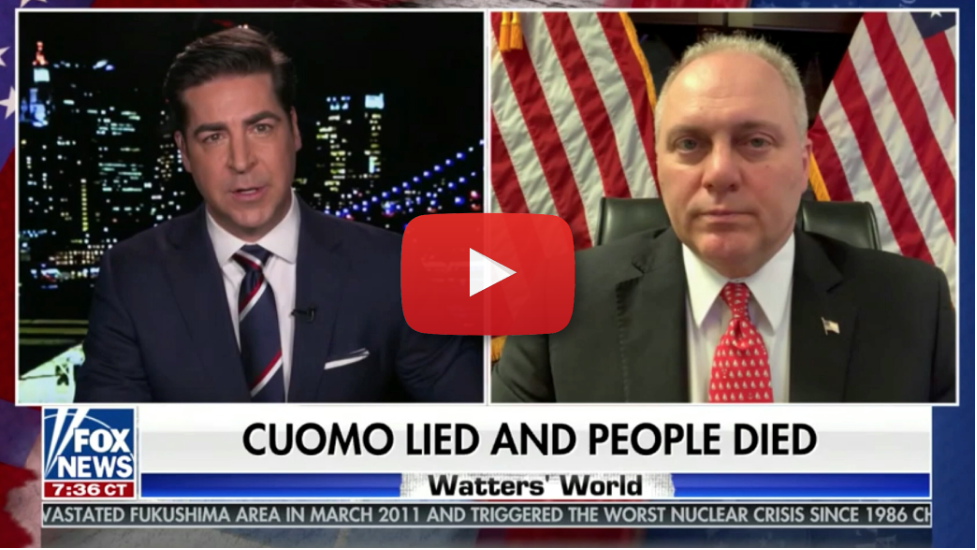 On holding Governor Cuomo accountable for his deadly nursing home order and the massive cover up by his administration:

“This report from the New York Post is just a devastating bombshell. And frankly, the saddest part of it is thousands of people died who shouldn’t have died from COVID going back to March when Governor Cuomo gave that deadly order mandating that COVID positive patients from hospitals be sent back into nursing homes, even if the nursing home couldn’t take care of them. That, by the way, went against federal CMS guidance that said not to do that. And so, you know, Cuomo continues to try to hide this. I’m on [the Select Subcommittee on the Coronavirus Crisis], we have been asking Governor Cuomo to give the data to us to show us and be transparent with the facts going back to June. And he’s very smugly said, ‘We don’t have to show it to you.’ Now you have his top aide saying, thinking that she’s only talking to a couple Democrat senators in New York, saying ‘Hey you know, we didn’t give the data because we were afraid it might be used against us in an investigation.’ That’s the very definition of obstruction of justice.

“But the worst part, Jesse, is there’s thousands of families that are begging and pleading to get these answers and Governor Cuomo has just looked the other way and scoffed at them and called any of us who have demanded these answers every kind of name under the sun because he’s trying to cover up for his own failures. Just be honest with these families. You know, Janice Dean on Fox has been very vocal about this, trying to get the facts out. So many other families that I’ve heard from in New York, they just want to know the answer, they lost a loved one, they weren’t even able to go in and hug their loved one in the final days when they were dying from COVID who should have never died because they should have never been forced back into those nursing homes by Governor Cuomo.”

On demanding answers for grieving families:

“We’ve got to get to the bottom of this. We’re not going to stop demanding answers. But look, the clock does not stop ticking because there were murders and deaths involved that should have never happened. And tens, maybe over 10,000, definitely in the thousands – Governor Cuomo ought to just be transparent. If he can’t be transparent, he shouldn’t be in that position.”