WASHINGTON, D.C.—Republican Whip Steve Scalise (R-La.) questioned Twitter CEO Jack Dorsey at today’s House Energy and Commerce’s Subcommittee on Communications and Technology and Subcommittee on Consumer Protection and Commerce’s joint hearing with Big Tech companies. Whip Scalise sought answers on the different application of standards Twitter applies to conservative-leaning outlets versus the mainstream media when determining what constitutes misinformation and what is deemed acceptable to censor. Whip Scalise noted that by taking this discriminatory posture, Twitter may be violating the intent of Section 230 and could lose the liability protections it provides. 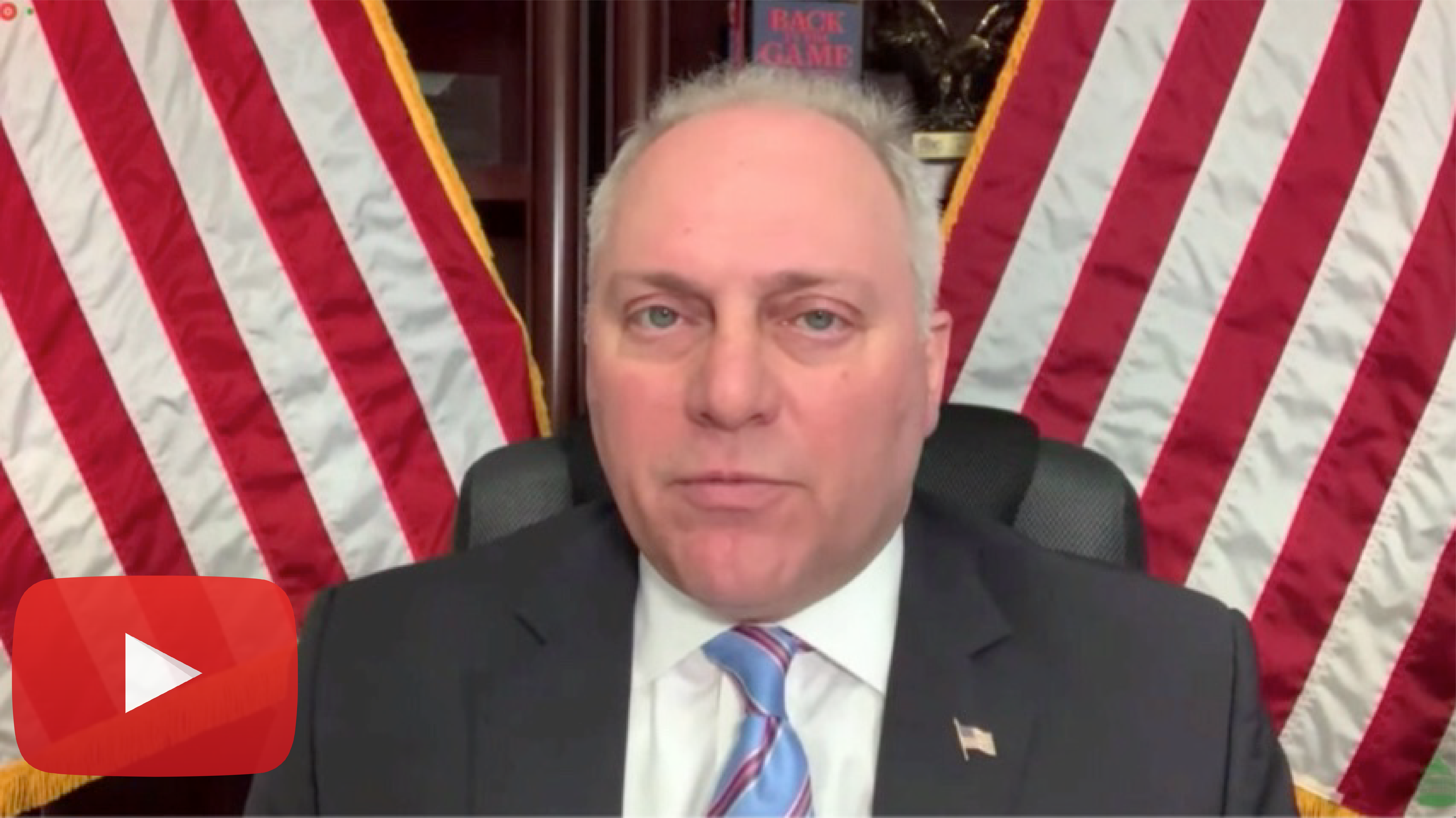 Read the full exchange below:

Scalise: Thank you, Mr. Chairman. I want to thank you for having us here. I want to thank our three witnesses for coming as well. Clearly, you’re seeing a lot of concern being expressed by members on both sides, both Republican and Democrat, about the way that your social media platforms are run, and especially as it relates to the fairness and equal treatment of people. I know I’ve had a lot of concerns shared with some of you individually over the last few years about whether its algorithms that seem to be designed sometimes to have an anti-bias against conservatives. But look, we all agree that whether it’s illegal activity, bullying, those things ought not to be permeated through social media. But there’s a big difference between stopping bullying and violent types of social media posts versus actual censorship of political views that you disagree with. And I think I want to ask my first question to Mr. Dorsey because there have been a lot of concerns expressed recently about that unequal treatment. And I’ll just start with the New York Post article. I think a lot of people have seen this. This article was censored by Twitter. When it was originally sent out, this is the New York Post, which is a newspaper that goes back to 1801, founded by Alexander Hamilton. And for weeks, this very credibly sourced article right before an election about Hunter Biden was banned by Twitter. And then when you contrast that, you have this Washington Post article that was designed to [incorrectly] portray a conversation between President Trump and the Georgia Secretary of State, and since then, parts of this have been debunked, and yet this article can still be tweeted out. I want to ask Mr. Dorsey, first of all, do you recognize that there is a real concern that there’s an anti-conservative bias on Twitter’s behalf? And would you recognize that this has to stop if Twitter is going to be viewed by both sides as a place where everybody is going to get fair treatment?

Dorsey: We made a total mistake with the New York Post. We corrected that within 24 hours. It was not to do with the content, it was to do with the hacked materials policy, we had an incorrect interpretation. We don’t write policy according to any particular political meaning. If we find any of it, we write it out.

Dorsey: We will make mistakes and are going to correct them as quickly as possible and in that case we did.

Scalise: And I appreciate you recognizing that was a mistake. However, the New York Post’s entire Twitter account was blocked for about two weeks where they couldn’t send anything out, not just that article. We’ve got a First Amendment too, it just seems like, to censor a newspaper that is as highly respected as the New York Post – again, 1801 founded by Alexander Hamilton – for their entire account to be blocked for two weeks by a mistake seems like a really big mistake. Was anyone held accountable in your censoring department for that mistake?

Dorsey: Well, we don’t have a censoring department, but I agree —

Scalise: Well, who made the decision then to block their account for two weeks?

Dorsey: We didn’t block their account for two weeks, we required them to delete the tweet and then they could tweet it again, they didn’t take that action, so we corrected it for them.

Scalise: Even though the tweet was accurate. I mean, you have seen the conversations on both sides about Section 230, and there is going to be more discussion about it. But you’re acting as a publisher. If you’re telling a newspaper that they’ve got to delete something in order for them to be able to participate in your account, I mean, don’t you recognize that you’re no longer hosting a town square, you’re acting as a publisher when you do that?

Dorsey: It was literally just a process error. This was not against them in any particular way. We require if we remove a violation, we require people to correct it. We changed that based on not wanting to delete that. I completely agree with it, I see it. But it is something we learn.

Dorsey: Our misleading information policies are focused on manipulated media, public health, and civic integrity. That’s it. We don’t have —

Scalise: I would hope that you would go and take that down. And look, I know you said in your opening statement, Mr. Dorsey, that Twitter is running a business and you said, “A business wants to grow the customers it serves.” Just recognize if you become viewed, and continue to become viewed, as an anti-conservatively biased platform, there will be other people that step up to compete and ultimately take millions of people away from Twitter, I hope you recognize that and I would yield back the balance of my time.