WASHINGTON, D.C. — Today, House Republican Whip Steve Scalise (R-La.) gave a speech on the House Floor celebrating the life and legacy of Congressman Don Young (R-Alaska). Whip Scalise emphasized that Congressman Young was a champion for the people of Alaska. Additionally, Whip Scalise highlighted Congressman Young’s lengthy tenure with the Transportation and Infrastructure Committee and his affinity for the U.S. Coast Guard, and pointed out there was no better way to honor Congressman Young than to name the Coast Guard reauthorization bill in his honor. 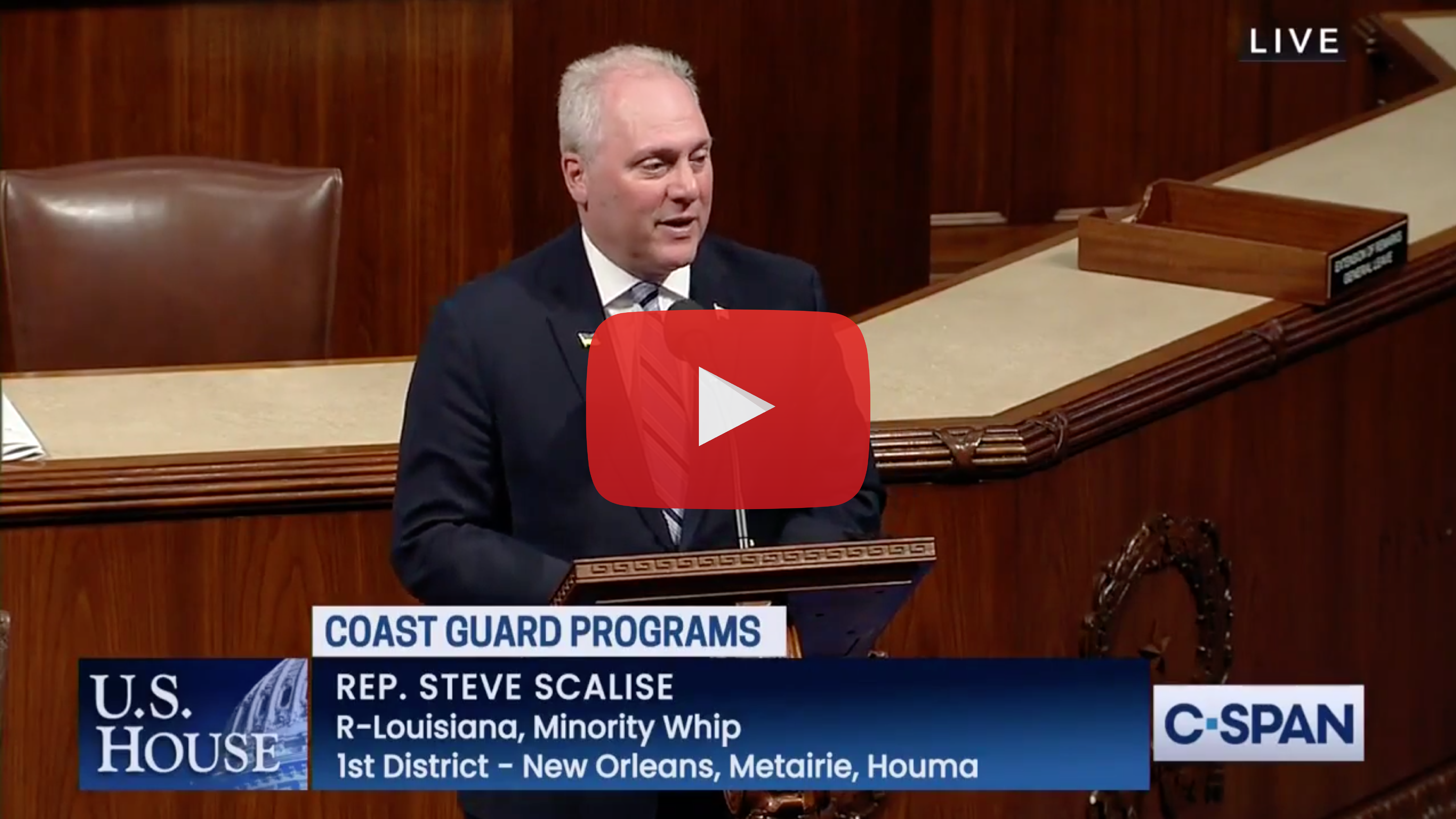 Click here or on the image above to view Whip Scalise’s remarks.
Whip Scalise’s remarks:“Thank you, Mr. Speaker, and [I] thank the gentleman from Missouri for yielding.“What a great tribute to be naming this Coast Guard reauthorization bill after Don Young. While we mourn his loss today, [we paid] tribute to Don in Statuary Hall, his family was here.“And as you’re paying tribute to a great life, the Dean of the House – [he] served 49 years in this great chamber from the 49th State of Alaska – you can’t help but [think] of all the Don Young stories. “And clearly, there’s a tie to this bill because Don served on the [Subcommittee on Coast Guard and Maritime Transportation] for his entire tenure that the [subcommittee] was in existence and loved the Coast Guard. [He] loved the relationship they had in Alaska, just trying to get more icebreakers so that we could keep up with Russians continuing to open up their shipping lanes and not having the ability to get enough Coast Guard cutters to break ice in Alaska.“Don Young was always a champion for Alaska. He was a great friend. He was somebody who you knew where he stood all the time. And if you stood in his way, he would make it clear that he was going to keep moving forward.“As we look at the seat that Don Young always sat in – a chamber of 435 people where there are no reserved seats – everybody knows that’s where Don Young sat. And when you look over there today, it’s a little bit sad, but you can only think of great memories of Don Young when you see the black cloth draped over that seat.“We’ll always remember Don Young. A man who loved this country – surely loved the Coast Guard – and epitomized what is the great State of Alaska. No better champion they had in Congress than Don Young.“Look forward to passing this bill with overwhelming support, and I yield back the balance of my time.”