WASHINGTON, D.C.—House Republican Whip Steve Scalise (R-La.) delivered a speech on the House Floor to emphasize how the surge at the southern border is a direct result of the Biden Administration’s open borders policy and lax enforcement of our immigration laws. Whip Scalise blasted House Democrats for exacerbating Biden’s border crisis by bringing legislation to the House Floor that will provide amnesty to millions of individuals currently living in the United States illegally. 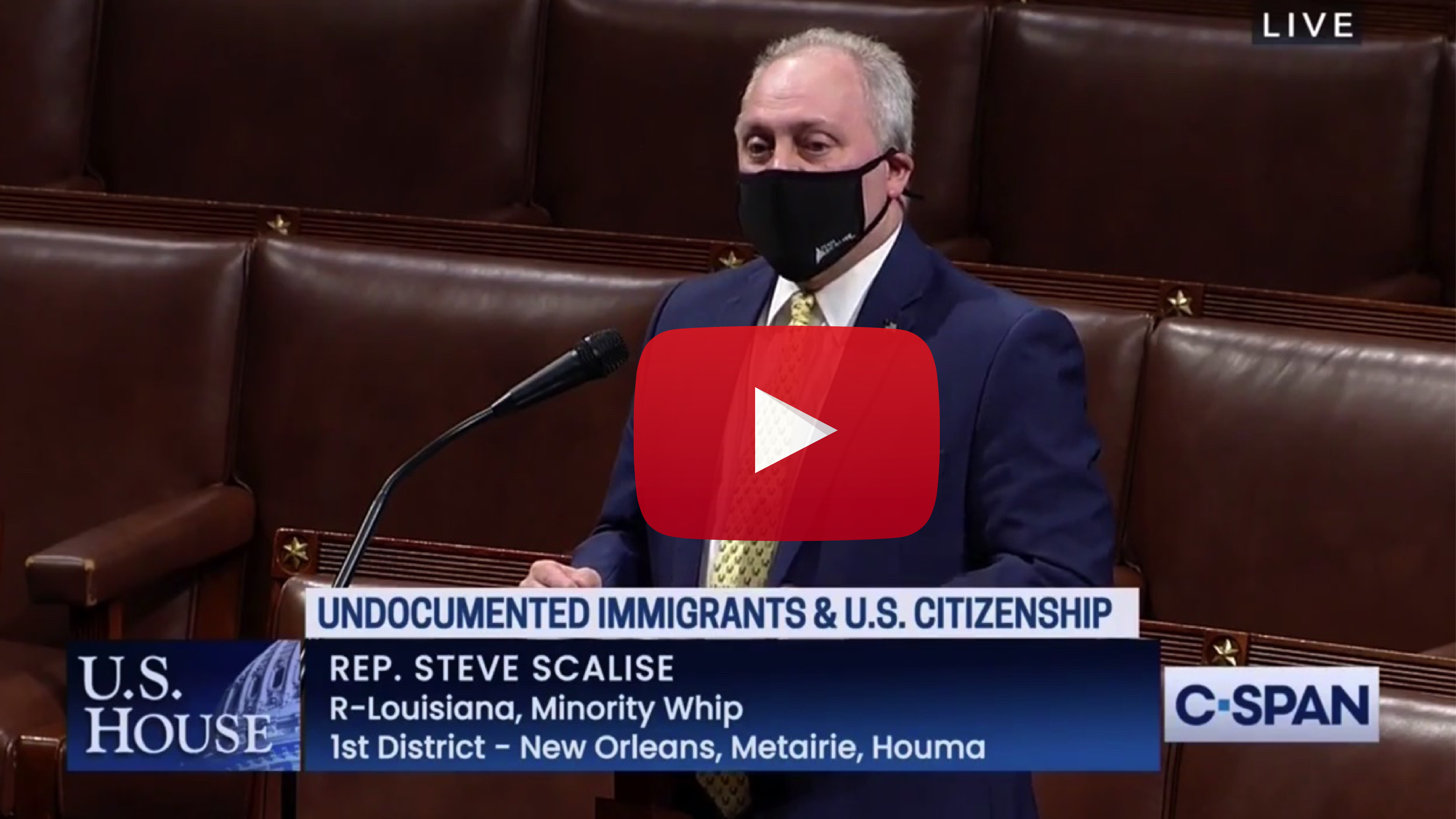 “I rise in strong opposition to this amnesty bill and if you look at what’s happening at our southern border right now, America’s facing a serious crisis, our southern border is being overrun. The facilities, the detention centers that are set up to hold people who are coming across are being overwhelmed. In fact, if you listen to what the border agents are telling us, ‘it’s total mayhem,’ to quote one of the border agents.

“Many facilities are not at 100 percent, or 200 percent, or 300 percent capacity, but even worse than that. There are kids that aren’t getting enough food, that aren’t being able to shower more than once a week. This is going on in American detention facilities today and President Biden refuses to acknowledge the problem. Part of dealing with the problem is to first admit there’s a problem and President Biden doesn’t even want to acknowledge it. And then on the heels of this border crisis that is going on right now, there’s a bill on the House Floor to create amnesty to create a bigger magnet saying come to the southern border.

“The Homeland Security Secretary has been pressed repeatedly the last few days to tell people to stop coming across the border illegally and he won’t do it. He says, ‘Well, don’t come right now,’ as if there’s a time to break the law. Let’s get back to legal immigration – a system that actually works for America.

“We know how bad it is over there. In fact, because of the encouragement to cross the border illegally, there are caravans of young kids coming across reports that up to a third of all the women coming across are being sexually assaulted on the journey. Stop this humanitarian crisis, reject this bill and I yield back the balance of my time.”