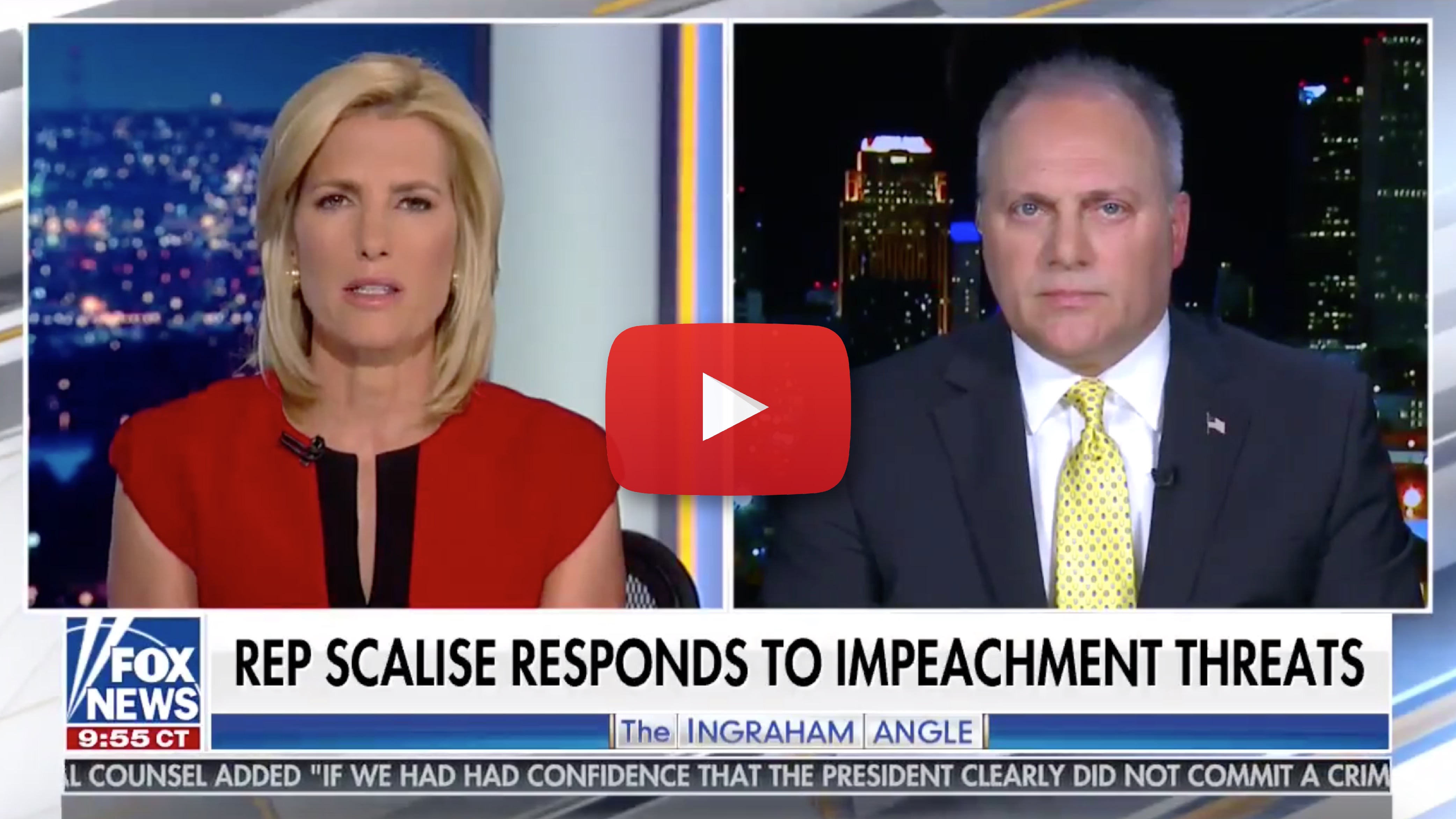 On House Democrats’ push to impeach the President:

“This has been [the Democrats’] plan all along. They’ve been pushing for impeachment since the day they won the majority. Many of them couldn’t hide it. Nadler was bragging about it. You saw others in their own leadership on the Democrat side saying this is what they were going to make their two-year majority about.

On the bad actors within the Department of Justice that targeted the Trump campaign:

“In fact, the only collusion that happened were the officials at the Department of Justice, at the FBI, even in the Obama administration who were spying on the Trump campaign. Ultimately, when you look at some of the things that happened, they had a partisan agenda within the FBI to take down this President before he was elected. People aren’t going to stand for this. If they want to pursue this road, it’s going to be at the peril of their majority.”

On House Judiciary Committee Chairman Jerry Nadler’s failure to address the real crisis at the border:

“The very committee that has jurisdiction over the crisis at the border—that is real today with more than 4,000 people a day crossing our border illegally—that is the committee that is chaired by Jerry Nadler that is focused on this witch hunt, going down rat holes to try to impeach the President even when there is no proof and there was no collusion.”

On the motivation behind the Democrats’ investigations:

“… it’s the only way they can appease their radical left base.”