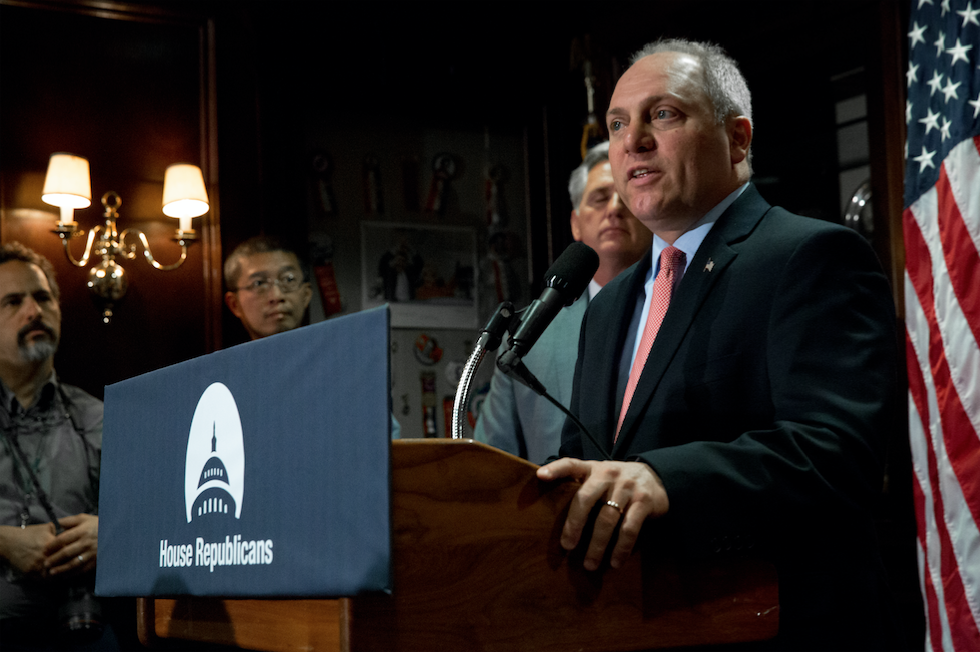 Click the image above to view Rep. Scalise’s remarks.

“I think it’s important this week that we are recognizing police officer’s week. [Last year] in Louisiana, we lost ten officers in the line of duty, and three of those were officers killed in Baton Rouge on one day in July. One officer still battling from that tragic day is East Baton Rouge Deputy Nick Tullier. I visited with him and his family last year as he was battling in the hospital, and he still battles to this day. It’s a really tough battle, but he’s a tough man and he has a tough family. Nick remains in our prayers just like all those other officers who died in the line of duty standing up and protecting our community. I think it’s important that we all remember those police officers this week and pay special tribute to them and their families.”

On the Steve Gleason Act…

“One other person who we are standing up for this week joined with our conference chair Cathy McMorris Rogers and other members in introducing a bipartisan bill called the Steve Gleason Act. This was legislation that we passed two years ago when Medicare…made changes that actually took speech generating devices away from people who are battling Lou Gehrig’s disease and other diseases that are debilitating.  We actually needed an act of Congress. We tried to work with the administration in 2014, and they wouldn’t reverse that bad policy. So, we passed a law in 2015 so that nobody can be denied their voice if they’re battling a disease like A.L.S. That law is set to expire next year, so we’re not going to sit back and wait.

“Yesterday I joined with Steve Gleason in New Orleans in holding a press conference to highlight this even more. I know Chairwoman McMorris Rogers has done the same thing in highlighting the fact that we’re not going to let this law expire. We’re actually going to stand up for people with A.L.S. Steve Gleason is a true inspiration to the people of New Orleans, and all around the country. His motto is ‘no white flags’, and what that means is you never give up and no matter what your life’s limitations might be, you don’t let it hold you back from achieving your full potential. With the Steve Gleason Act being renewed permanently, everybody will have a voice, even those who are battling debilitating diseases.”