Whip Scalise thanked President Trump and Vice President Mike Pence for their leadership in working with Congress to secure an additional $320 billion to replenish the Paycheck Protection Program, which has been a lifeline for millions of American workers and small businesses. 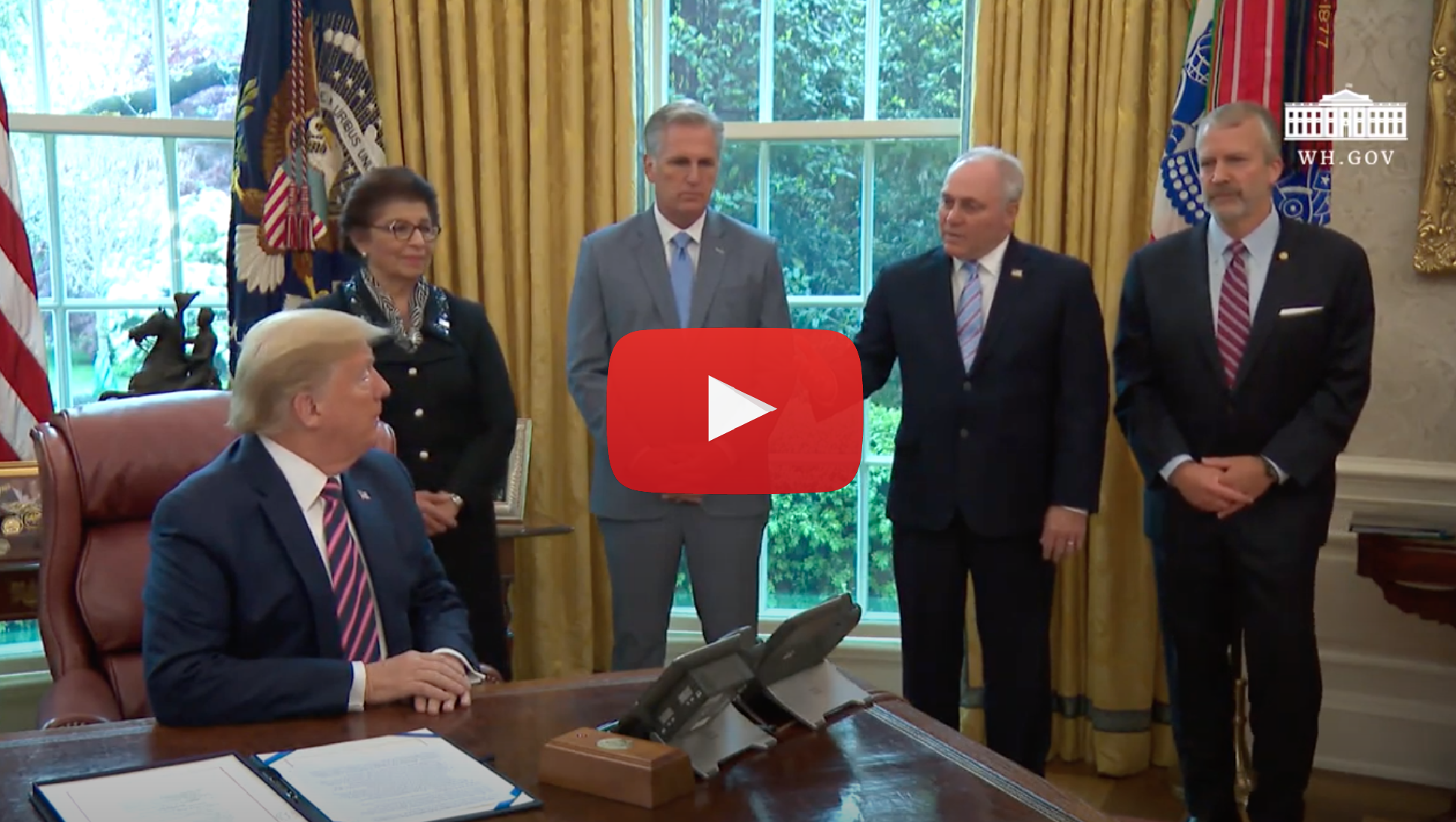 “Thank you, Mr. President, Mr. Vice President for the leadership, and for calling on Congress to pass this bill. The bill you’re about to sign, is going to put another 300 plus billion dollars into the Paycheck Protection Program. This has been a lifeline, not only to small businesses, but I know you’re well aware you’ve saved over 30 million jobs just with the first tranche of that money that went out.

“Over 30 million people are on the payroll today that would have been unemployed. We just saw another 4.4 [million] Americans that went on the unemployment rolls. This is going to save probably another 30 million people from going on unemployment. They’ll be able to stay in their jobs. Those small businesses will still be alive so that they can come back when we start opening the economy safely to be able to come back.

“We see all of these industries in distress; the oil and gas industry, the [agriculture] industry, restaurants. Everybody wants to start focusing on how to reopen the economy in a safer, smarter way. I appreciate your leadership. This bill is going to be a lifeline, again, to millions more people that will be able to stay on the payroll at their companies.”