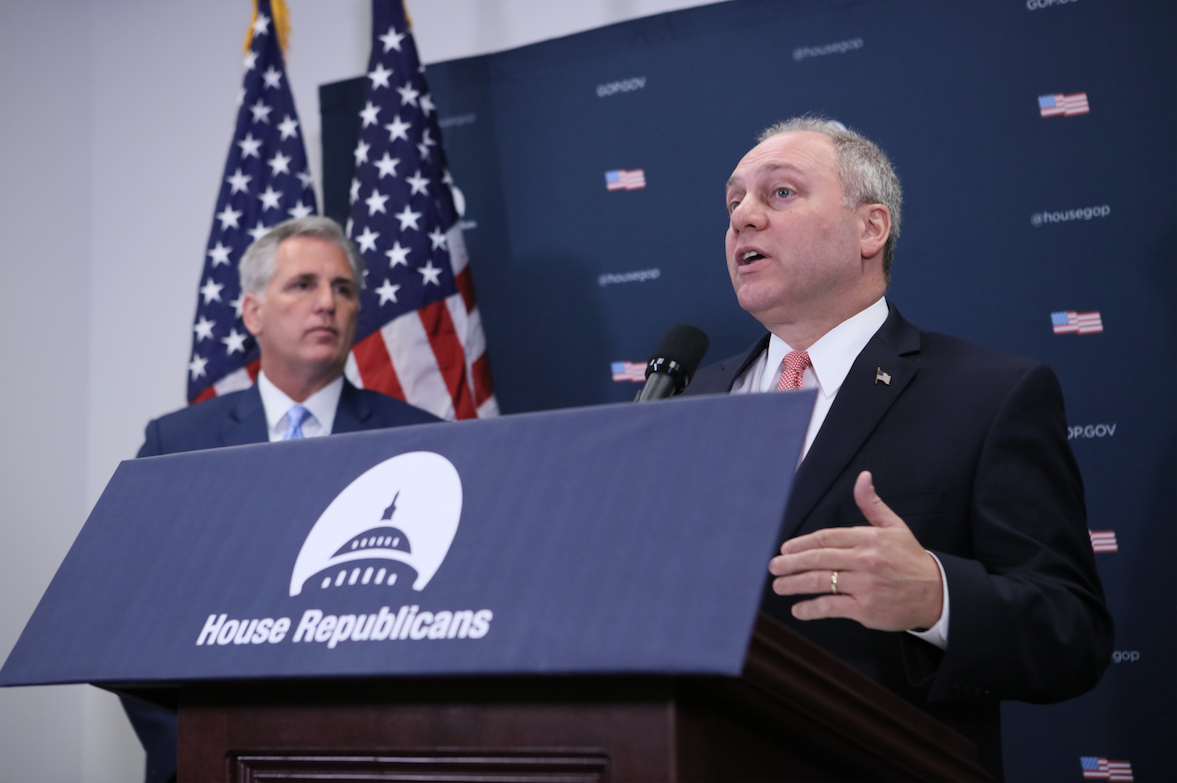 On continuing the work to repeal/replace Obamacare…

“Of course one of those areas that government has actually been making it harder for families is Obamacare, with double-digit increases every year in premiums, with ten, twelve thousand dollar deductibles, with less access to good care. That’s why over these last two weeks, we’ve been working very closely with our colleagues, all across the country, to continue making progress and making sure that we’re not giving up on the ultimate objective of repealing and replacing Obamacare. The good news is that a lot of really good progress has been made during those last two weeks. A lot more members are focused on getting to where we need to be, so we’re not going to stop working until we get that done.”

“I’ve been really encouraged to see the kind of commitment that President Trump has had on following through on the promises he made to the American people, on getting our economy back on track, on getting rid of regulations that are killing jobs in America…Just look at the economy, over five-hundred thousand new jobs have been created in this first one hundred days. The President set a tone of getting the economy back on track and helping create more jobs, including signing thirteen different pieces of legislation into law that reversed bad regulations that were killing jobs in America. Helping rebuild the coal industry, helping to get some of these federal agencies off of the backs of American workers, signing and green-lighting the Keystone pipeline. President Trump in that one action of green-lighting the Keystone pipeline created tens of thousands of good jobs and helped ensure America’s energy security.

“Of course on foreign policy, President Trump has followed through on so many commitments, number one just making sure we’re enforcing our laws, securing the border, cutting illegal border crossings down over sixty percent… I think you’re seeing a more cohesive [relationship] working with our allies, again following through on those promises that have been made…And to create more jobs and get our economy moving again, and we’re going to continue working with this President to get America moving again.”