WASHINGTON, D.C.—House Republican Whip Steve Scalise (R-La.) and Republican Conference Vice Chair Mark Walker (R-NC) led over 50 Members in a floor speech rally to expose the corrupt impeachment process Democrats have been conducting behind closed doors in an attempt to shield the truth from the American people. Whip Scalise criticized Democrats for undermining Members of Congress, the press, and ultimately the American people as they attempt to overturn the results of the 2016 election. 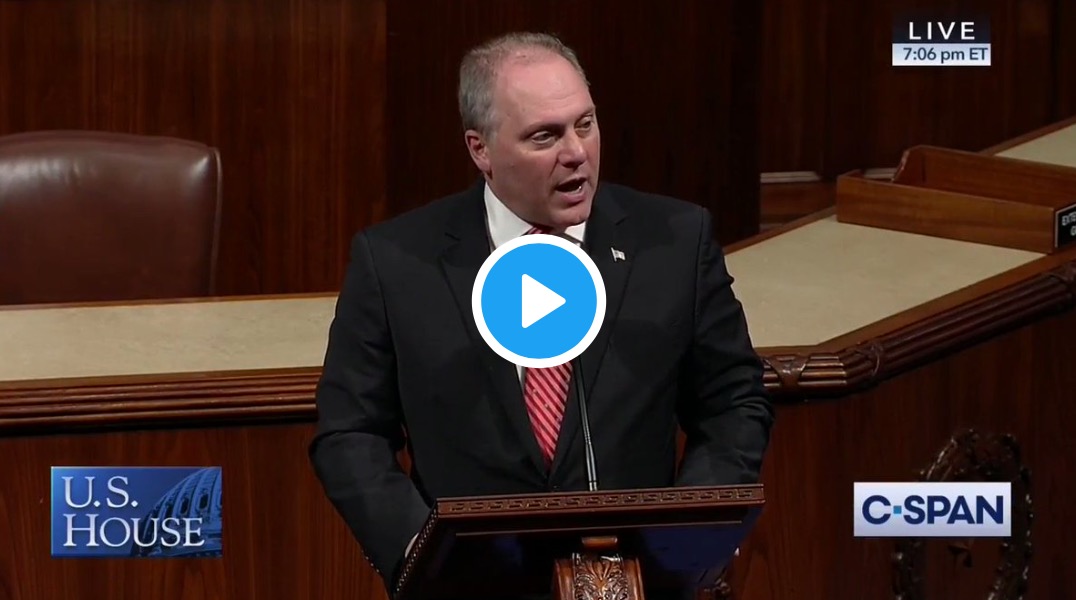 “I rise in strong opposition to the way that this impeachment inquiry is being conducted in secret, behind closed doors. Madam Speaker, we had an election in 2016 and the people of this country spoke loudly. Not only that Madam Speaker, there is going to be another election next year and that’s when the people of this country should be able to decide who the next President is. This shouldn’t be conducted behind closed doors.

“Not only is it an impeachment inquiry that has not had a vote of the full House, which every other impeachment inquiry has had, but there are actual voting Members of Congress that are being denied access to these hearings, denied the ability to see what’s happening behind closed doors. What do they have to hide, Madam Speaker? Why aren’t they willing to have a vote of the House floor?