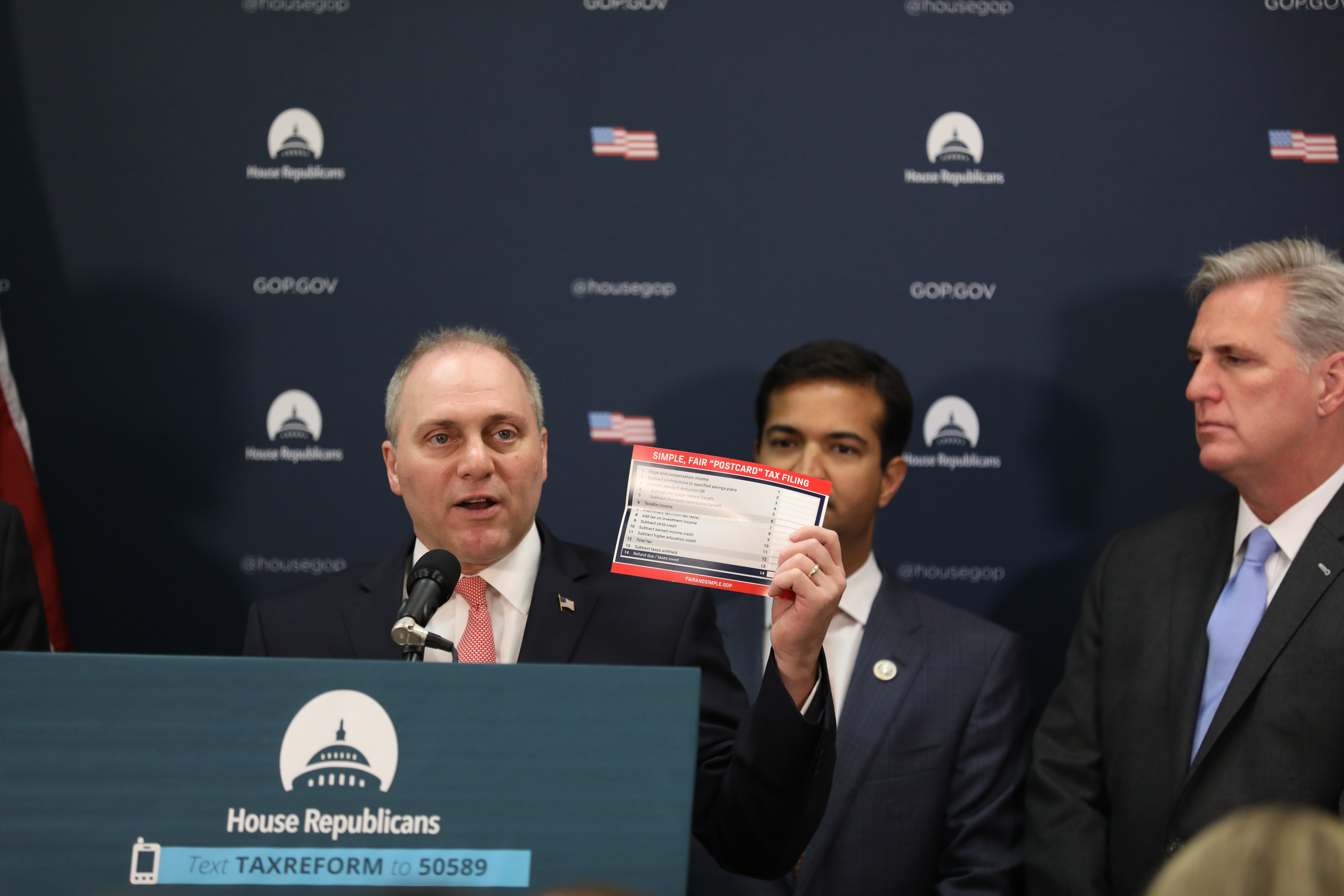 Click here or the image above to view Scalise’s full remarks.

“We’re talking about cutting taxes for American families, and that process starts this week by passing our budget. We’re going to move the budget this week so that we can truly start the process of cutting taxes across the board. What does that mean to American families? What we’ve seen over the last decade is an erosion of our middle class. We’ve all seen big companies moving thousands of jobs overseas. And we’ve complained about it. We don’t like it, [and] now we’re going to do something about it.

“Our tax cut plan not only benefits the middle class, but it also allows us to rebuild the middle class by bringing those jobs back to America. Let’s be competitive again. It’s

“That plan not only rebuilds the middle class, but it actually puts more money in the pockets of families.  The Council of Economic Advisors just came out with a study last week of our tax cut plan. What it shows is this: for the average American family, they’ll see $4,000 more in their paycheck. What does that mean, having $4,000 more because we cut taxes for families? That means they can add on to their house; they can buy a new house, they can buy a new car, they can go on a family vacation. This is something that Is going to benefit the middle class.

“What it also means is simplicity in the tax code. Everybody knows our tax code is too complicated and, in fact, most people have to hire someone to do their taxes. Under our plan, you’ll actually be able to do your taxes on a postcard. Over 90% of American families under our tax cut plan will not only get $4,000 on average more per [year in their] paycheck, they’re actually going to be able to do their taxes on a postcard. Tax simplicity. Let’s rebuild the middle class. Let’s bring those jobs back from overseas, back to America. Let’s pass this budget and start tax reform.”