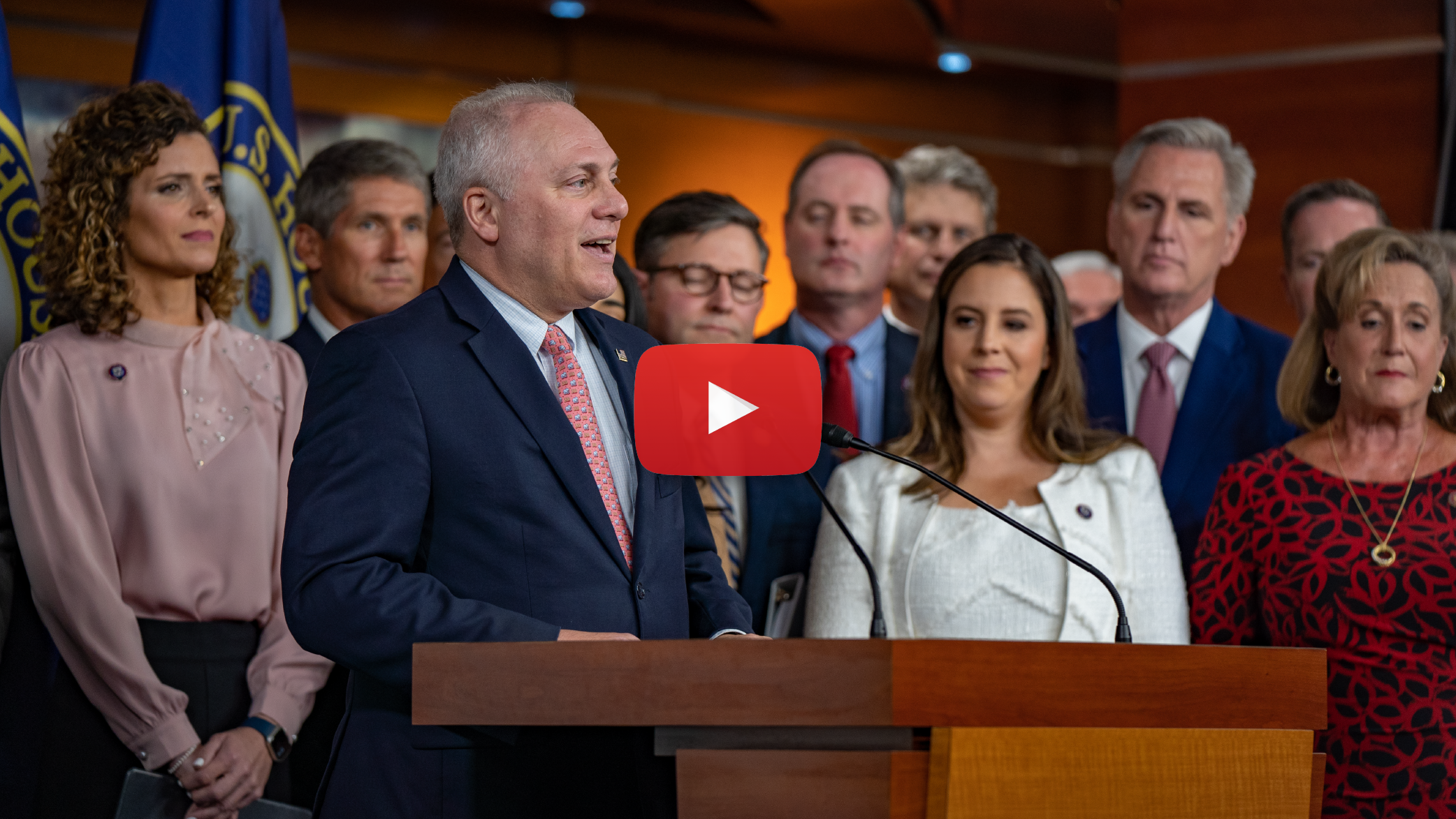 Click here or on the image above to view Whip Scalise’s remarks.
Whip Scalise’s remarks:“What a historic day this is, and what a great victory for life. And it’s not just a victory for life, it’s a victory for millions of people who have been part of this pro-life movement for decades, who have gone to state legislatures, who have gotten involved in the political process, who’ve prayed, and prayers were answered today. The decades of work [are] celebrated today.“But the work just begins now to go and protect life even more because the Supreme Court’s decision overturning Roe v. Wade, correcting that flawed decision, finally allows states and Congress to protect life in ways that we never were able to for the last 50 years. That debate was silenced during the years Roe v. Wade was the law of the land, but that debate just begins again in so many places in this country.“You know, one of the most inspirational days of the year is the March for Life. It’s a day where thousands of young people come to Washington, not to cause violence, but to celebrate life and to pray and work that we can end abortion in this country. Because for many of them, the first picture they have [of] themselves is in their mother’s womb. And so, when we celebrate this victory, I think back to 2006 when I was a state representative in Louisiana, and I co-authored a law that I wondered if I would ever see implemented. That law says if Roe v. Wade is overturned, then abortion would end in Louisiana, [which was] signed by our Democrat Governor Kathleen Babineaux Blanco.“Because, you see, life across this country has been a bipartisan battle. People in the pro-life movement have been bipartisan. When you see the debate up here, unfortunately, it’s become partisan because the far-left has tried to shut down this debate. But in so many states, Republicans and Democrats come together to support life, and I’m so proud to say that right now, in my state, that law from 2006, even strengthened by recent actions, will now become law today. I wondered if I would see that. But I now see that moment in about a dozen other states are going to have their similar laws take effect right now, on this historic day. And many other states are going to start a renewed debate that had been shut down for decades, but finally begins anew. God bless life. God answers prayers.”