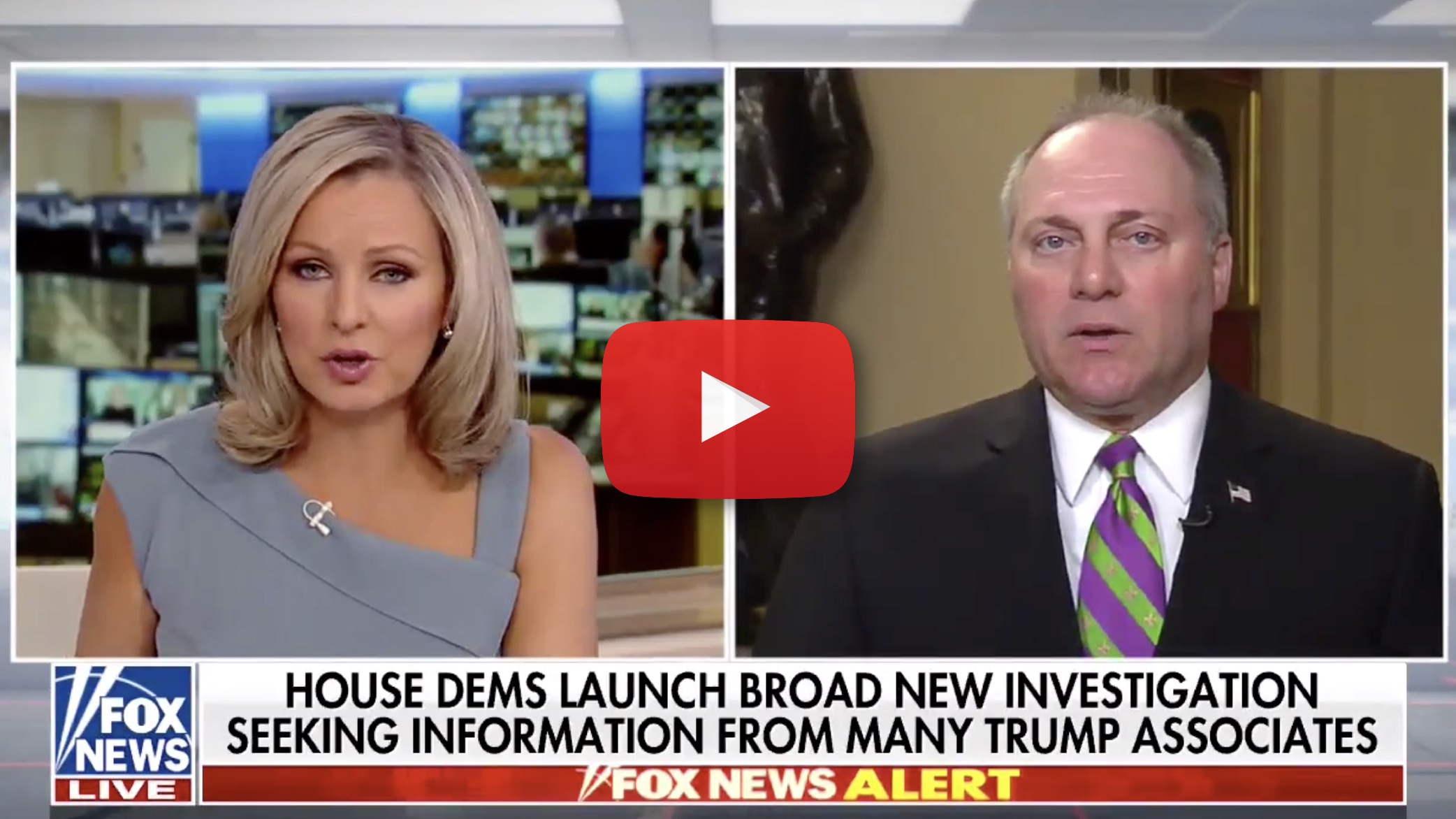 On Rep. Ilhan Omar’s anti-Semitic beliefs and the need to remove her from the House Foreign Affairs Committee:

“The resolution only addresses a piece of the problem. [Rep. Omar] continues to display anti-Semitic remarks and comments. These are her beliefs. If [Democrats] really are serious about addressing the problem, Nancy Pelosi has to remove her from the Foreign Affairs Committee. She is literally getting intelligence briefings on foreign policy of the United States, including our relationship with Israel as she makes these kinds of comments where she thinks any support of Israel is denouncing your own nationality.

“Where does that come from? It’s a deep-rooted belief that shows the core of her convictions. Everybody is entitled to their own beliefs, but why would you have her on a committee that sensitive to our foreign policy if she has those kinds of anti-Semitic beliefs unless you are willing to tolerate it? It shouldn’t be tolerated. She ought to be removed immediately from the Foreign Affairs Committee.”

On the need for Rep. Omar to reach a full understanding of the policy impacts of the American-Israel relationship:

“First of all, everybody is entitled to their own beliefs. But if you want to sit on the Foreign Affairs Committee and objectively look at and help set the foreign policy of the United States of America, you shouldn’t have anti-Semitic beliefs. The way she describes this relationship. The American-Israel relationship is an incredibly special bond. It’s an incredibly bipartisan bond.

“Our nations have worked together, in many cases in tandem, on the same kind of foreign policy. When Iran wants to bomb Israel and destroy Israel, they also want to bomb and destroy America. Our foreign policy interests coincide a lot of times. Ultimately, if she has those kinds of beliefs, that expressing support for Israel is in some way denouncing your American citizenship, I think she needs to get a deeper-rooted understanding of the American and Israeli relationship to understand why our two countries are so interlinked on so many issues.”

On Democrats’ expanded investigations into the President:

“They’ve cast this wide net. This is beyond a witch hunt. This was all supposed to be about collusion with Russia. There’s been no collusion found between Russia and either presidential campaign. What they’re doing is trying to find any excuse to go and appease their base who wants the President impeached. They want to reverse the outcome of the election where the American people said, ‘Donald Trump will be our President.’

“Donald Trump is doing a great job of following through on his promises as President to get our economy back on track. They’re not concerned about that. They want to shift back to socialism. The only way they can do it is by impeaching the President whether the facts back it up or not. So far from everything we’ve seen, the facts don’t back it up, but they’re going to move there anyway.”

“Typically, you follow where the facts lead you. They’ve already decided where they want to go and the facts don’t back it up so they have to keep reaching wider and wider to see if they find anything.”