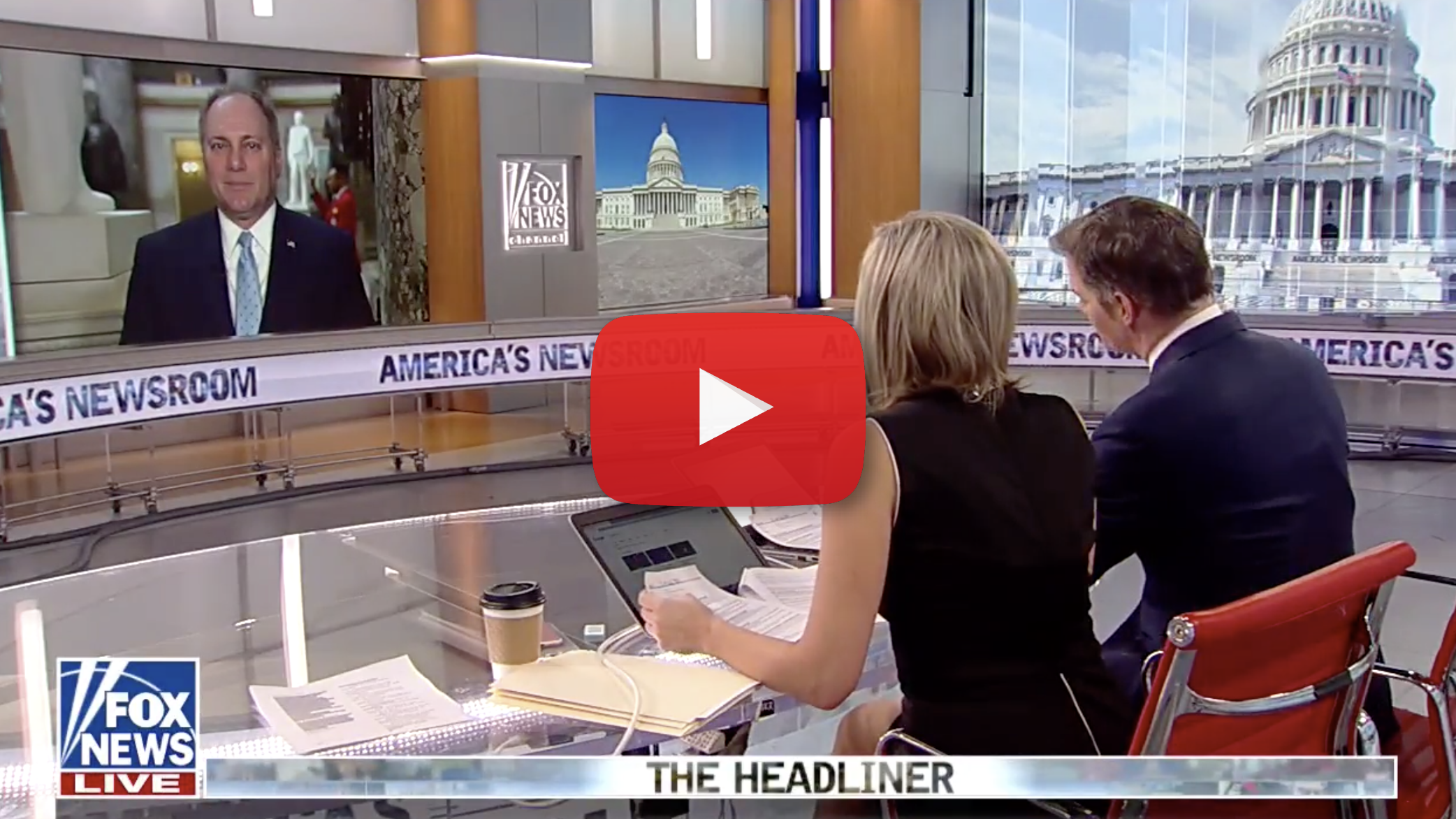 On President Trump’s State of the Union Address:

“I thought the President did a great job of showing what’s great about America, explaining and really highlighting how we became a great nation. Those three World War II veterans that were in the crowd – and think about this – one of those World War II veterans stormed the beaches of Normandy. A year later he liberated Dachau. And there sitting right beside is a Holocaust survivor, who he helped liberate. How special is that? Just to see what’s great about our country and what we need to do to keep this a great nation, the challenges we face, why we need to secure our border. The President laid that out, I thought, incredibly well. It was a positive vision. What we did – the tax cuts, how it’s creating success for everybody in this country.

“It was interesting that Democrats only stood up when it was their personal success, they sat down when it was success for regular Americans, working Americans. They didn’t stand up against socialism when the President said ‘the U.S. will never be a socialist nation.’ I thought it was alarming that more than half the Democrats sat down for that part of the speech. But it shows you just how far to the left they’ve moved, and what the President wants to do to unify this country, and solve these big problems.”

“First of all, the Democrats just today are having a hearing on gun control. And their answer to gun violence is to limit the rights of law-abiding citizens, frankly they ought to be focused on punishing the criminals, not taking away the rights of law-abiding citizens. Look, it was people with guns that saved my life and so many others that morning in June of 2017. [Democrats] need to be focusing on how to help more Americans achieve success, have more freedom. And again, their approach is more of a socialist approach of limiting freedom. If you think about it, with healthcare they want a government run healthcare system where costs are already too high. With guns, they want to take away your Second Amendment rights. On taxes, they want to take away more of the dollars that hard-earned Americans are seeing in their pockets – families, middle class Americans are seeing more money in their paychecks because we cut taxes.

“[Democrats] answer is they want to take away more of that money, more of that success. It shows a difference between our parties, but again, even on national security and securing our border, most Americans post-Trump State of the Union speech, polls show over 70% of Americans agree with the President on securing the border, which includes everything from technology or border patrol agents, to a physical barrier including the wall. We need to get this done.”

On Democrats reactions to State of the Union:

“You see Senator Durbin’s comments – I don’t know what world they’re living in. When they deny the fact that there’s a crisis at our southern border – look, the President had in the gallery some people who are victims, have family members who have been murdered by people who have come in to this country illegally. I know personally, the mother of Spencer Chauvin in south Louisiana reached out to me during this shutdown, her son was killed by someone who was here illegally, [Spencer] was a fire chief, a hero in south Louisiana. It happens all the time. They’re in complete denial, they don’t want to support the President.

“There was a 35 day shutdown where the President from day one had an offer on the table to secure America’s border that was put together by our experts who risk their lives for our country. They put a plan together that said what it would take to keep the country safe, and the Democrats still have not put a single counteroffer on the table. Not during the 35 day shutdown and now only we’re nine days away from another potential shutdown and Pelosi is still yet to put a dollar amount on the table to secure the border. So they don’t want to secure the border.”

On recent actions states have taken to allow late-term abortions:

“I don’t know how anybody can say if a baby is born alive, you can still kill the baby. We have a bill that Rep. Ann Wagner moved, that I am a cosponsor of, that was filed yesterday that said you can’t in America kill a baby after it is born. I don’t know why we even need to pass this law but right now they’re able to do it, in New York and Virginia they’re trying to do it. We need to stop that, whether you’re pro-life or pro-choice, you should agree if a baby is born alive, nobody should have the right to take that life away.

“So I’m moving a discharge petition on that so we can force a vote on the floor and hopefully pass it. The President talked about it last night and I applaud President Trump for touching on this important issue. Everybody ought to be on the record and frankly everybody ought to be for this. Again, whether you’re pro-life or pro-choice, how can you say that if a baby is born alive that you can still take the life of that baby.”