WASHINGTON, D.C. — House Republican Whip Steve Scalise (R-La.) joined Fox News Channel’s The Ingraham Angle last night to discuss the hypocrisy of Democrats suddenly decrying political violence while they made excuses for left-wing political violence in the summer of 2020 when cities were burned to the ground, and police officers and civilians were assaulted during riots. Additionally, Whip Scalise emphasized that Democrats should abandon their political theatrics and start working on reversing their self-made crises that are hurting working and middle class families. 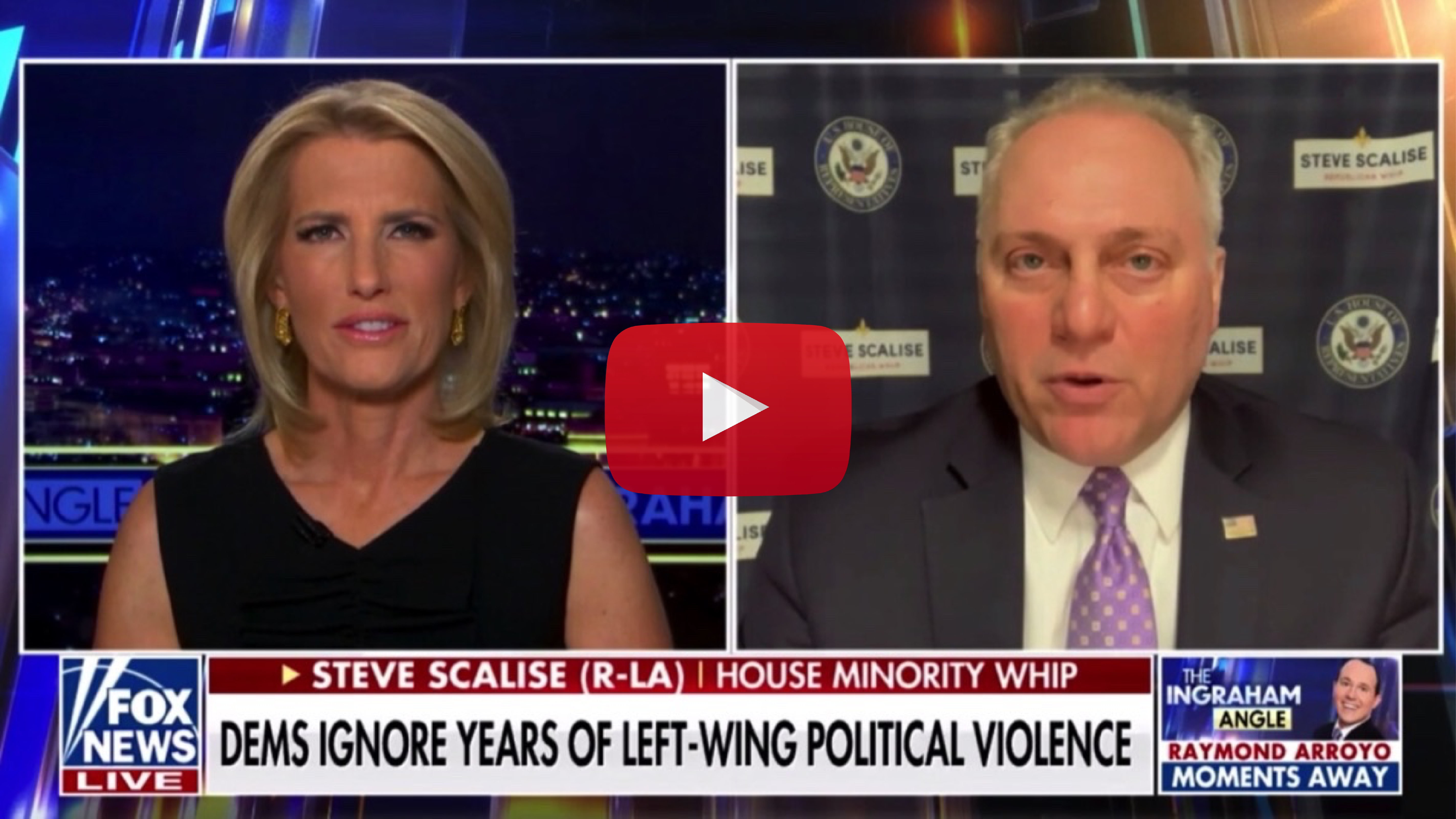 On Democrats failing to condemn left-wing violence and extremism:

“I agree with your comments earlier – you’ve decried the violence on January 6th, as I have, and so many others have. But all of a sudden, the Democrat Party becomes tone-deaf when you look at the violence that happened last summer. You had [then-Senator] Harris raising money to get people out of jail in some of these cities where they burned the cities down, they burned police precincts down. They were shooting at innocent civilians, trying to kill cops. They killed some cops in a number of those cities. Where was that same zeal to go after all of those folks who committed those crimes – the rioters, the looters? You know, this is all political theater to [Speaker] Pelosi [and President] Biden.

“Imagine, Laura, if Joe Biden and Kamala Harris put the same effort that they put into today’s speeches with some of the ridiculous, divisive things they said and to actually doing their jobs, and [get] a hold of COVID, and [reduce] inflation. [Vice President Harris] could actually go down to the border and address the border crisis, but they don’t want to do any of that. They’ve created all these crises that are hurting families and then they use January 6th for political theater, just to continue to try to change the subject from their utter failures of leadership.”

On Democrats and the mainstream media politicizing January 6th:

“Yeah, and these are the same folks, by the way, who called the ‘Summer of Love,’ where they were burning cities down, ‘mostly peaceful protests.’ Remember that image on CNN? You know, I think if you look at their viewership, it reflects the lack of depth of their message. All they’re about is bashing [President] Trump.

“You know, as you saw Joe Biden today, I think [he attacked Donald Trump] 16 times as if he were still in office. You know, President Trump left behind a great economy. He left behind three vaccines that Joe Biden inherited. And what do we have? Another [COVID] resurgence after Joe Biden promised to crush the virus. He won’t even do anything to help families there.”