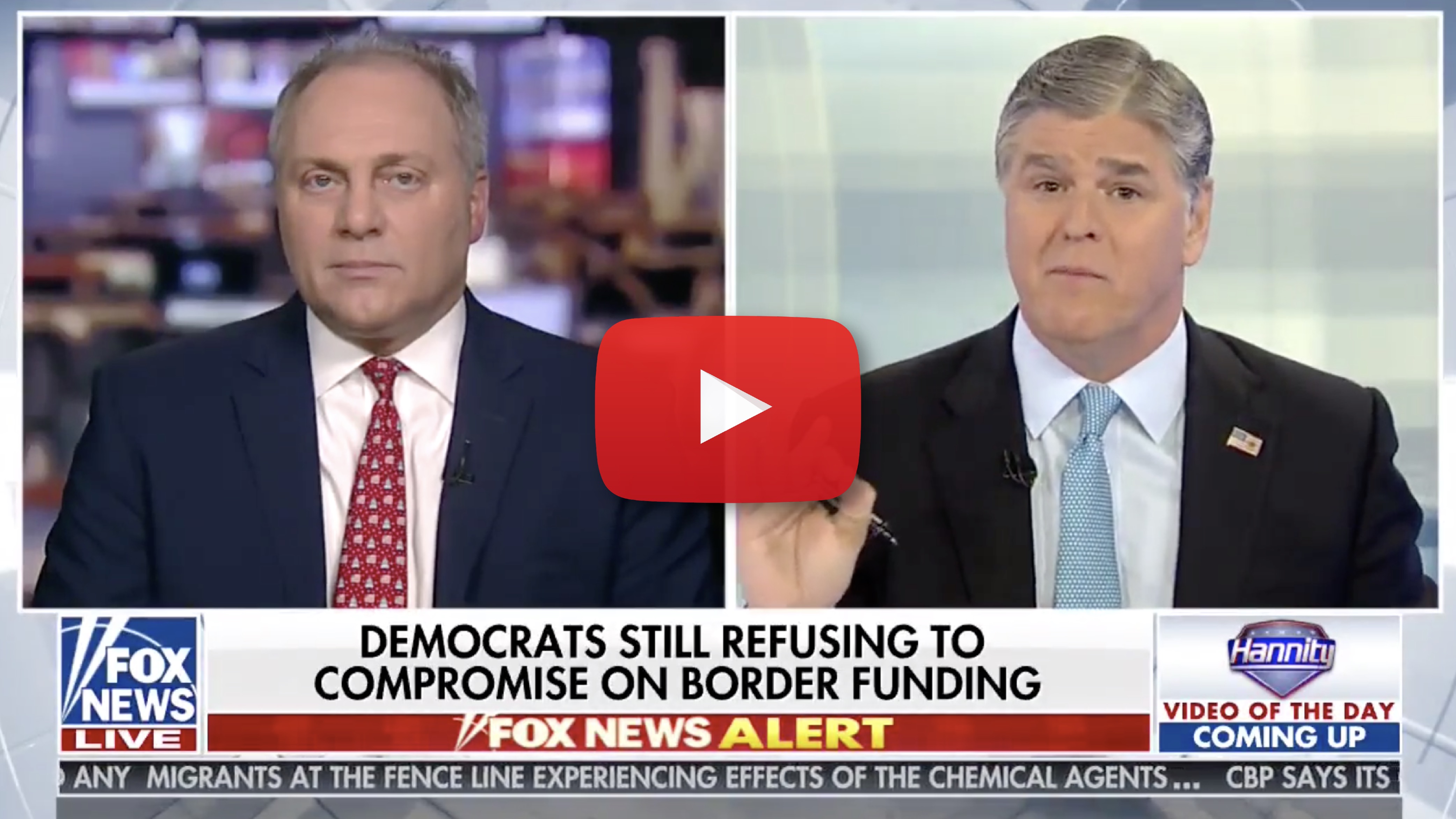 Click here or on the image above to watch the interview.
On the White House meeting between President Trump and Congressional leaders:

“What you saw today in the White House at the meeting we had with the President was an example of what we have seen for a long time. A lot of these Democrats—who as Chuck Schumer did back in 2006—voted for a wall, voted for $25 billion for the wall. Now, the President is saying we need $5 billion next year and they are opposing it because of Donald Trump, not because of any policy issues.

“What do they say to Officer Singh and his family? It is a horrible heartbreaking story and unfortunately it happens over and over every single day at the border.

“Our Homeland Security Secretary Kirstjen Nielsen was getting ready to give a briefing on all of the problems—the crisis at the border—at the beginning of this White House briefing and Pelosi and Schumer kept interrupting her because they didn’t want to hear the numbers. The numbers, Sean, are alarming. You’ve seen these. Last year alone over 3,700 known or suspected terrorists were stopped from entering our country.”

On the effectiveness of strong border security and the fight to improve America’s:

“Thousands of criminals, not just people coming over to seek the American dream like many would have you to believe, but people who were actually convicted criminals were stopped. Those are the ones we stopped. How many got across that we don’t know about, where we don’t have walls?

“When you have walls, there is an over 90 percent decrease in that kind of criminal activity and illegal crossings. This is a national crisis we have. The question is going to be, are [Democrats] for border security or not? They can’t say they are for border security and then oppose the very things our experts say they need to secure the border. That’s what this funding battle is all about.

“Clearly, you’ve got some of that blood on your hands if you are okay with that kind of policy. You can’t deny what it does.”

On the danger Democrats’ open borders policies pose to America:

“Look, a lot of these Democrats up here in Congress, they don’t even want ICE. Last year alone, our ICE agents, our border agents on the interior of our country, stopped and saved over 900 kids from being sexually assaulted and human trafficked. That’s going on at our border and they are stopping it, but they are surely not stopping all of it.