WASHINGTON, D.C.—House Republican Whip Steve Scalise (R-La.) joined NBC’s Meet the Press to discuss President Trump’s strong actions to stand up for America against foreign threats. Whip Scalise highlighted President Trump’s work to prevent a nuclear-armed Iran and his efforts to secure American elections from foreign interference in contrast to the lack of action under President Obama. Whip Scalise also expressed his serious concerns with foreign actors seeking to meddle in our campaigns, as Democrats invited in 2016 when they solicited hostile foreign spies to gather information on Donald Trump, leading to the spying of the Trump campaign.

Read below for highlights from the interview.

On tensions with Iran after the attacks on two oil tankers in the Gulf of Oman: 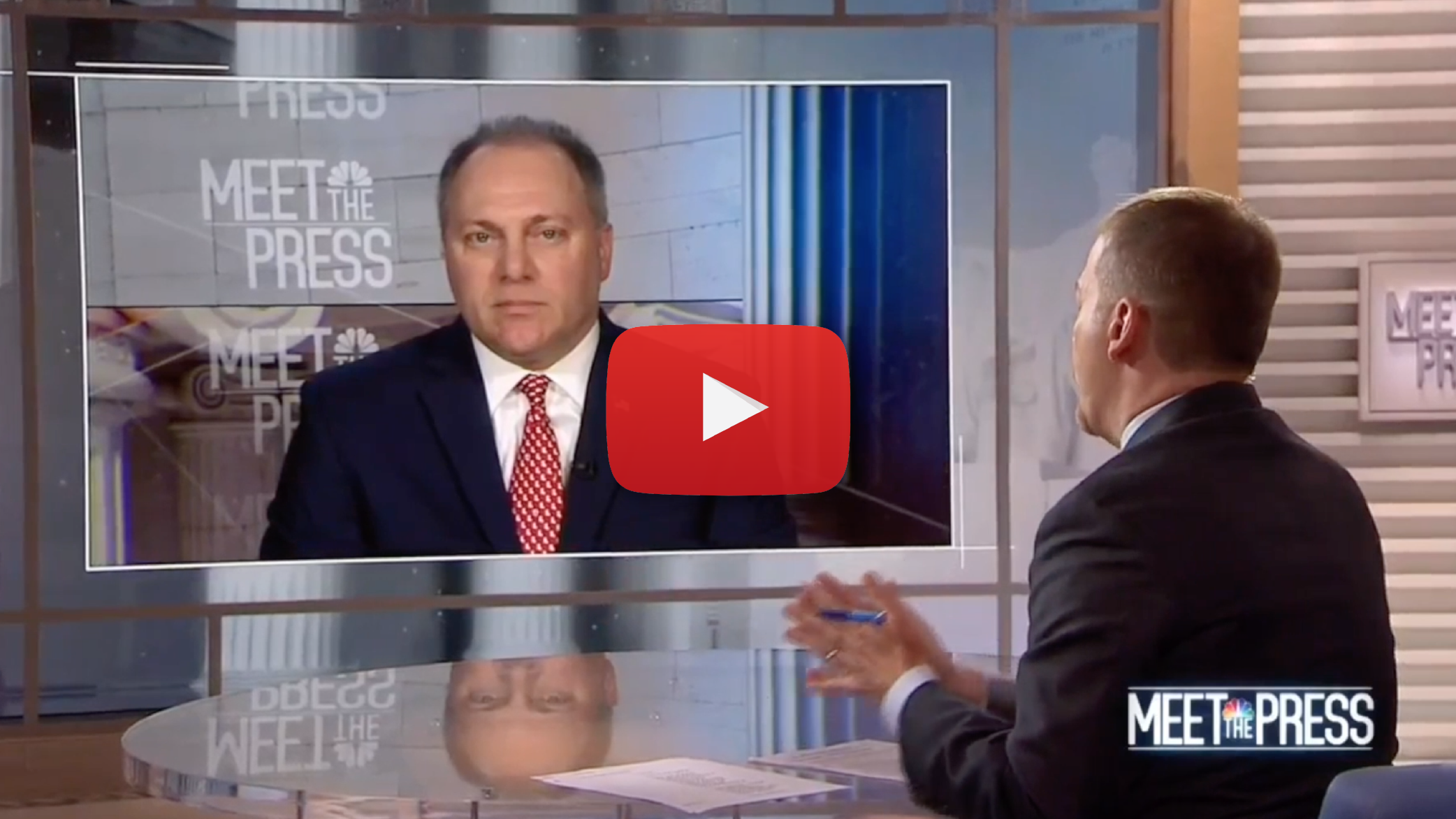 “The White House has been briefing Congress on what’s happening in Iran and how this has been building up. But of course, this does go back to the Iranian deal that was agreed to in the previous administration.

“Donald Trump as a candidate expressed his real concerns with that deal as so many of us in Congress opposed it back then. Even our allies like Israel opposed the Iran deal when it went through Congress. You saw Prime Minister Netanyahu come to Congress and give a very compelling speech against it back before it was agreed to.

“So what President Trump’s been doing to make sure that we’re going to stand up to [Iran], our sanctions by the way have been very effective. I think that’s why you’re seeing Iran take action. This shows you Chuck, do you really want a nuclear armed Iran?

“I think this is why the world, not just America, but our allies in the Middle East are concerned about Iran having a nuclear weapon. This is what they did without one, imagine if they had one.”

“We don’t want to see it escalate to where it is a military operation, but you’re seeing the President take action and make sure that we have protection for American interests in the Middle East, including in the strait there where you saw this explosion, where the bomb was detonated.

“The President is making sure that he is protecting American interests. I don’t want to see it escalate, just like I don’t think anybody else does. But we have to stand up to Iran. This is one more example of why we need to be concerned about their actions.”

On President Trump’s actions to prevent Russian interference in our elections: 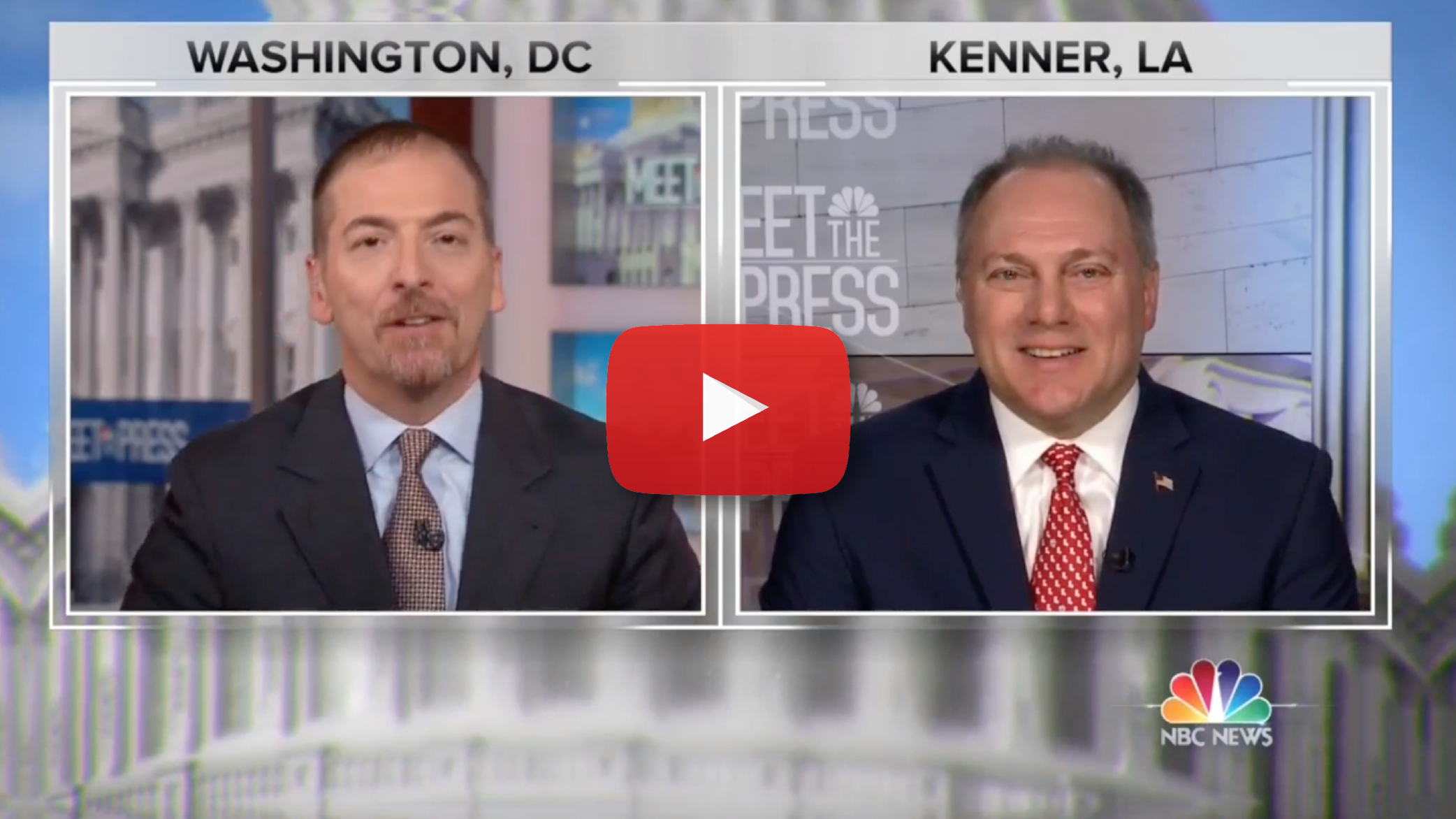 Click here or on the image above to watch the clip.
“Look, you’ve got to take every step possible, first of all to make sure that what happened in 2016, what the Russians attempted to do to meddle with our elections when Barack Obama was president, doesn’t happen again in 2020 or any other election. “I’m glad the administration has been taking aggressive actions, including, if you saw in the executive order the President issued over a year ago, allowing DoD to be more aggressive at making sure they can protect not only our grid, but go after anybody who is going to try to mess with our election security.

“The bottom line is the President is taking aggressive action against Russia. I wish that would have happened in 2016 when they were trying to meddle with our elections, but I think the message is being sent right now. If the Russians try to take some action against our elections or any other country, we are already ready to go after them and it should have happened in 2016. I’m glad the President is being aggressive against any foreign country who is going to try to meddle in our elections.”

On the need to investigate the bad actors within the FBI and the political research that acted as the basis of the special counsel investigation: 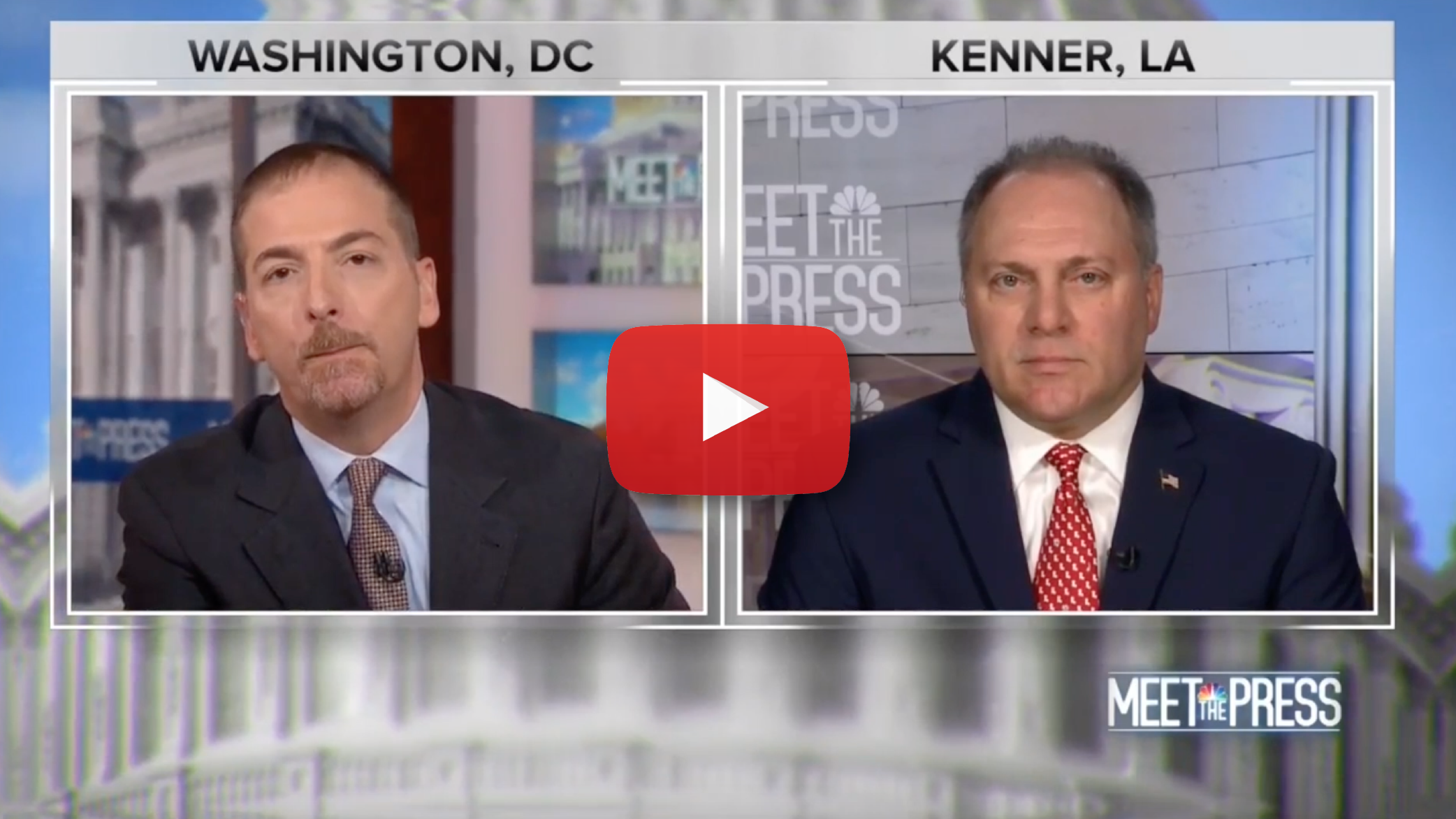 Click here or on the image above to watch the clip.
“I’m sure they’ll look at that too. I think it’s real interesting that the entire basis of the Mueller report was information that the Democrat party got from Russia. They solicited it using foreign spies of all people and used that to turn it over to the FBI. Unfortunately, you had some people in the FBI with a political agenda against President Trump who used that as the basis for an investigation to spy on then-candidate President Trump. There are a lot of concerns and things I think need to be rooted out in the FBI to make sure that doesn’t happen again either.”