In addition, Whip Scalise warned that President Biden’s vaccine mandate may result in shortages of police officers, health care workers, first responders, and other frontline workers who may lose their jobs as a result of this mandate. Whip Scalise also slammed the Biden Administration for threatening to fire unvaccinated Border Patrol agents, but not demanding that migrants unlawfully entering the United States are vaccinated. 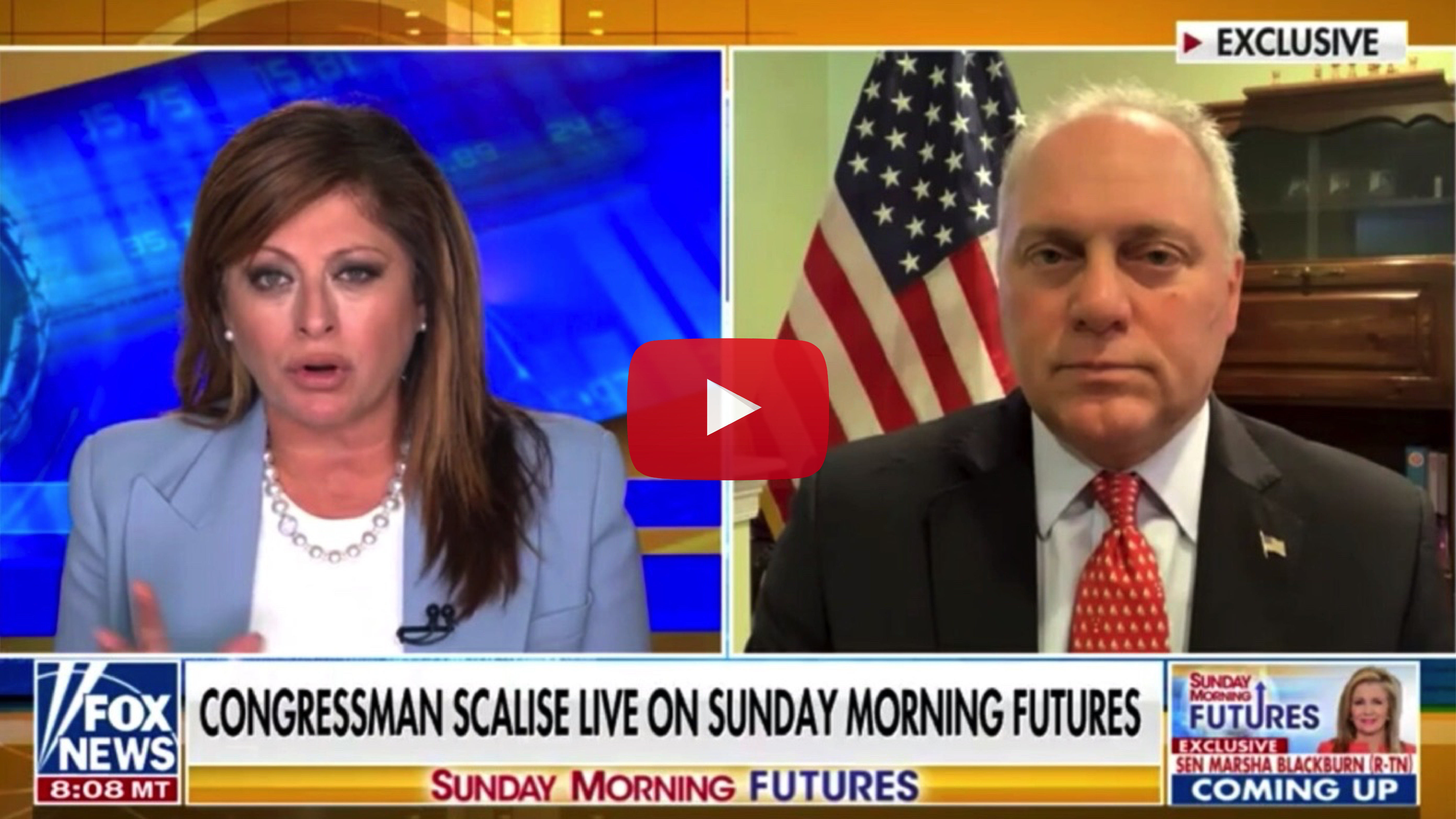 “You saw last week an epic collapse of President Biden’s agenda, but they’re not going to stop there. And, as you pointed out, now Nancy Pelosi, I guess ironically, is saying that, on Halloween, that is going to be the next vote on this package. That should be scary to every family in America because it would raise taxes that every family would pay, not just the rich. It would kill millions of jobs. It would make us less competitive. It’d be a gift to countries like China. But they’re tying all of that and holding the infrastructure package hostage to this bill that’s directly linked together. Even President Biden admitted when he came to the Capitol on Friday that the two bills are linked. It’s a multitrillion-dollar package.

“Even if they get the so-called compromise, a $1.5 trillion dollar bill, [it] would devastate America’s economy and really be a kick in the gut to middle class families. So, she’s passed through every kind of deadline. She was supposed to vote on this thing a month ago. Then she promised her liberal members in the moderate districts that they were going to get a vote on Monday. And then she promised them that they would get a vote on Thursday of this week. And she broke that promise as well. So, whatever number and date she says, it’s less relevant to the devastation that these policies would have on lower-income and middle class families, Maria.”

On Democrats’ provision in the tax-and-spend bonanza that would allow the government to track transactions of $600 or more:

“And, as you talked about, if anybody thinks that creating jobs is adding another 80,000 plus IRS agents to then go and track every transaction you make over $600 – that’s in this bill. What does that have to do with ‘Building Back Better’ or infrastructure or even equity?

“If you look at that, it’s about growing the size of government and their ability to track everything you do. There [are] a whole lot of incentives in here for things that, frankly, a lot of them are going to go to wealthy people.”

“So, all of these states that are right-to-work states, a lot of car companies that build cars in America without union labor, they won’t get a dime of that. So [they’re] literally picking winners and losers and saying, we’re going to punish you if you don’t have a unionized workforce. That’s the backdoor PRO Act in this bill. What does that have to do with trying to get our economy back on track? It would devastate our economy.”

On how Democrats’ natural gas tax breaks President Biden’s pledge to not impact the paychecks of families making less than $400,000:

“And, worse, Maria, I think this is the thing that every family should be looking at. There is a tax on natural gas. Now, look, we know they hate fossil fuels, although they fly around in private jets. They surely drive in cars fueled by gasoline, but they don’t want you to.

“And so what they do is, they go after the fossil fuel industry in many ways, but one of them is to put a tax on natural gas. Well, guess what? Probably half of the families in America fuel their homes – if it’s a cold winter, if it’s a hot summer – it’s going to cost you 14 percent more in your electric bill.

“That breaks President Biden’s promise that you won’t pay anything more if you make less than $400,000. That tax will actually hit the lowest income people the hardest. We tried to take it out. They didn’t want to take it out because they want to spend all that money on big government socialism.”

“Well, they don’t have the votes. Otherwise, they would have voted on it Friday. They brought President Biden in. And it failed. It was an embarrassment for him. But they’re not going to stop. Look, and this idea that $1.5 trillion is some compromise, my God, $1.5 trillion or more spending, you know what spending in Washington has already done to inflation. Does anybody in America think that $1.5 trillion of new spending is not going to impact them and that there’s ‘no cost’ which President Biden talks about? That’s not the case.”

On President Biden’s hypocritical vaccine mandate on the American people, but not for illegal immigrants:

“Maria, think about this psychotic double standard. If you come to America illegally, you don’t have to worry about a COVID test. An American can’t even come back home to America without a negative COVID test on an airplane. But, by the way, if you’re here in America, even with antibodies against COVID, we’re going to get you fired from your job?”

On potential workforce shortages because of President Biden’s vaccine mandate:

“We have started to see some numbers that are very alarming in the middle of this pandemic and a resurgence of the Delta variant. Hospitals are seeing thousands of their employees leave. Some are firing their employees. You saw it with police officers. And I guess liberals don’t care about this because they want to defund the police. But you’re seeing a lot of police departments where they’re putting these mandates in place where the police officers are just quitting the job.

“The military [is] going after our men and women in uniform? This is crazy. Look, again, we should be encouraging people to get the facts on the vaccination, not to threaten and shame them and kill their careers and livelihoods over that. And, again, they don’t even [consider] – they discount the antibodies, Maria.”

On playing in the Congressional Baseball Game after nearly dying four years ago:

“Yes. Maria, look, God performs miracles. And I’m lucky to be able to get back out there every year. It’s a treat to play in the Big League Ballpark. We raised over a million dollars for local charities.

“But to see [Congressman] Steube crack that home run, I mean, he’s a great athlete. He’s done that in practice a few times, so we knew he could do it, but no one’s done it in the Big League Ballpark since we have been playing this game. It was great. Maybe a harbinger of things to come to see the Republicans beating the Democrats. And, hopefully, we get a lot more of that.”