Whip Scalise blasted Democrats for their misplaced priorities and emphasized that President Biden and Speaker Pelosi should listen to voters and abandon their big government tax-and-spending spree and introduce legislation that would address their self-made crises that are hurting hard-working American families. Whip Scalise also called out Washington Democrats for putting the needs of union bosses over schoolchildren and praised parents for sending a clear message that they are the ones in control of their children’s education. 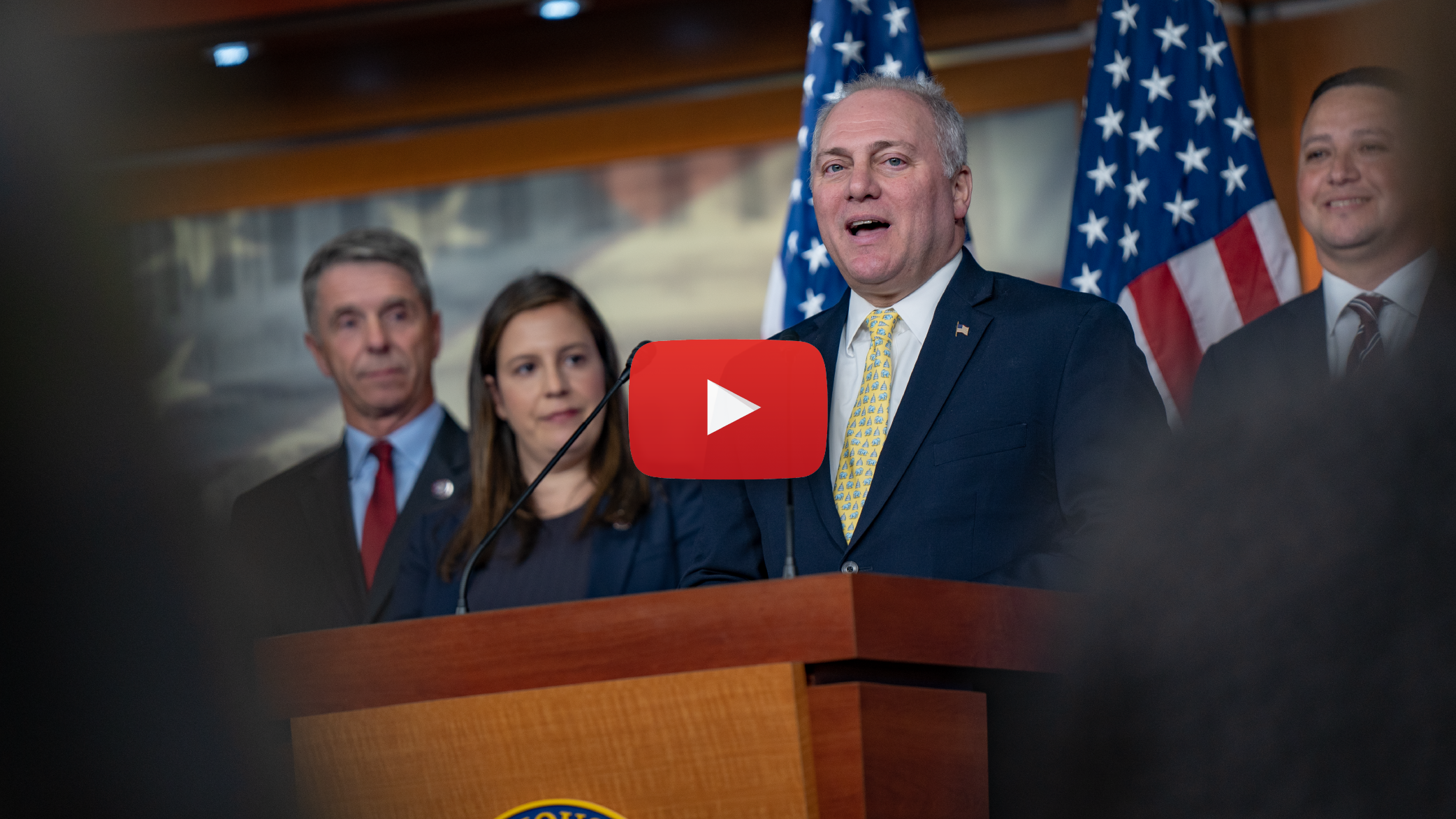 “That kind of big government socialism was rejected overwhelmingly by the voters last night in Virginia, and also big government socialism was rejected in a number of other states. [In] New York, you saw record numbers of Republicans getting elected to school boards. Where parents are getting more and more engaged at the local level, concerned about things like Critical Race Theory, being rammed down their kids’ throats, trying to teach hatred of America. That is un-American and that was rejected last night.

“Something else that was rejected last night was the Democrats’ radical, crazy defund the police movement. Overwhelmingly rejected by voters in states like Minnesota. It was so encouraging to see people take their government back, and that’s what you saw last night.

“And yet, here in Washington, the same big government socialists, who were rejected in states like Virginia, are doubling down on their failed policies. Joe Biden and Nancy Pelosi did not get the message from what happened last night. Now, maybe more [of] their members will look in the mirror and say, ‘I don’t want to be the next Terry McAuliffe.’ But, if they keep voting for big government socialism, they’re going to go the same way as Terry McAuliffe.

“Because if you look at a state like Virginia, it was a D+10 – if you think about Cook [Partisan Voting Index’s] ratings – that means a D+10 state became an R+2 state. That’s a 12 point swing, which means there [are] districts all across the country that are represented right now by Democrats in at least D+5, 6, 7, even D+10 districts that have to be looking in the mirror going, ‘Am I going to keep voting for this big government socialism?’ And I think they’re going to have a reckoning that it’s time to start working with Republicans on solutions that actually address crises and problems that families are facing.

“This majority led by Speaker Pelosi has not brought up a bill in over a month to address any of the crises families are facing, like inflation, like high gas prices, like the border crisis. Their answer is actually to go the opposite direction. They want to tax people more so that they can give out $450,000 checks to people who come here illegally. People are rejecting those [kinds] of radical ideas. And I’ll tell you, as Republicans are focused on this commonsense agenda to get this country back on track, to work with those parents who want to take their schools back.

“Our Leader, [Kevin McCarthy], has been leading that charge to lay out that bold vision. Meeting with parents, meeting with families, talking about an agenda that actually helps the hard-working families who are struggling today under the weight of President Biden and Speaker Pelosi’s failed agenda.”