WASHINGTON, D.C.—House Republican Whip Steve Scalise (R-La.) joined Republican lawmakers at the House Triangle to criticize the Democrats’ partisanship and irregularity in crafting the National Defense Authorization Act for Fiscal Year 2020. The NDAA, which is typically widely bipartisan, just passed the House by a vote of 220 to 197. 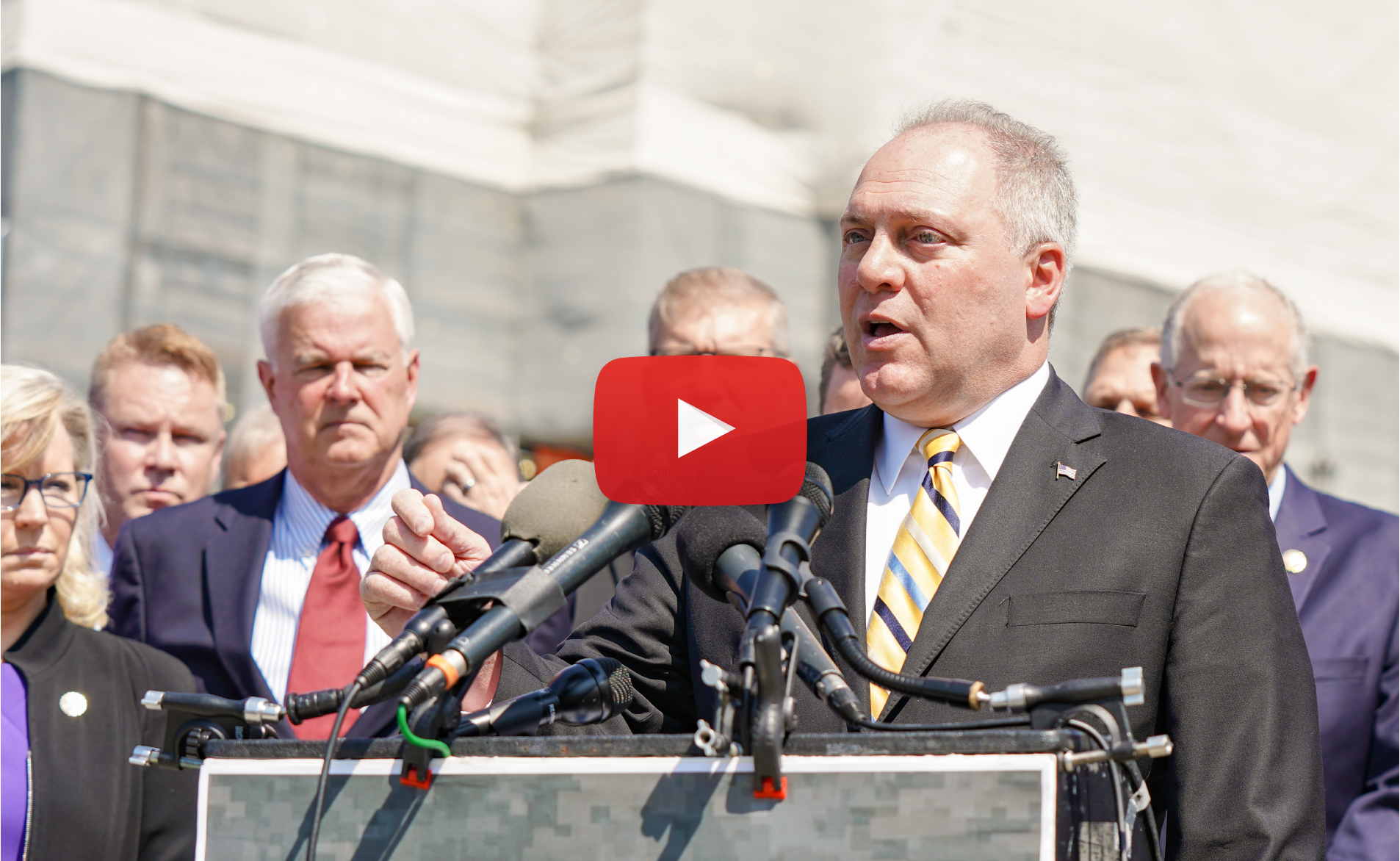 It’s really a sad day, as our Leader talked about. We’ve all seen the internal problems within the Democrat conference. But just to appease the far-left socialist radical element, Speaker Pelosi is putting our troops at risk by drafting a bill that breaks with that 58-year tradition of moving a bipartisan NDAA bill that puts our troops first. That should always be the priority.

We saw a few years ago, when our nation’s defense was being neglected, we were losing men and women in uniform to training deaths by a five-to-one margin over combat deaths. Think about that. Because our men and women in uniform — not talking about battles in theater — but when they were here in America training to protect our country they were more at risk than when they went into combat. By a five-to-one margin. And we finally started to reverse that. And this bill — they undermine those efforts by taking away some of the spare parts funding that was so necessary in stopping planes from falling out of the sky because they didn’t have the basic spare parts. That’s how dangerous this bill is that undermines our nation’s defense.

Speaker Pelosi needs to heed what the Senate already did. The Senate Republicans and Democrats came together to put our troops first — passing a bill with 86 votes — that makes sure our men and women in uniform have the tools they need to keep America safe as they train in a safe way.

Right now, you look at this NDAA bill on the floor today and it goes in the opposite direction, it goes in a very dangerous direction, not only for our national defense, but undermining the safety and security of our men and women in uniform as they train to protect our country. I urge Speaker Pelosi to reject this radical socialist approach to governing and work with Republicans to get things done that help the American people.