WASHINGTON, D.C.—House Republican Whip Steve Scalise (R-La.) joined fellow Republican leaders to discuss House Democrats’ failure to address the real problems facing the country as they focus on presidential harassment and move towards impeachment. Whip Scalise specifically called on Speaker Pelosi to bring forward legislation to address the crisis at our southern border, which is at a breaking point as nearly 150,000 illegal immigrants attempt to cross the border each month. 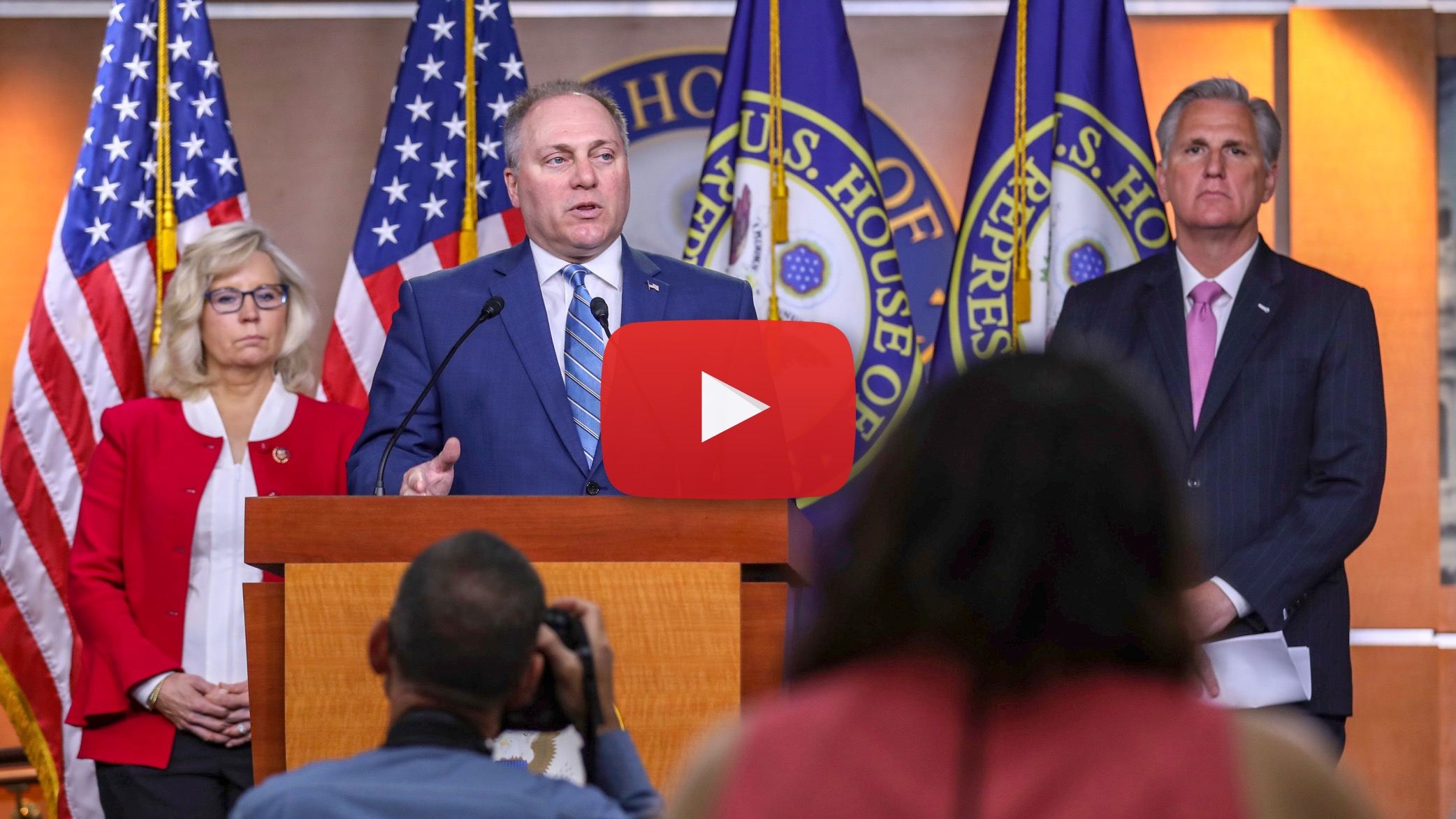 “Thank you, [House Armed Services Committee Republican Leader Mac Thornberry (R-Texas)], and thanks for your leadership on strengthening our military and really fighting to make sure that our men and women in uniform have the tools that they need to do their job safely and effectively. I wish you well as you represent those views so importantly on the Armed Services Committee, and I hope that we’re able to see an NDAA come out that takes the politics out of weakening our military. Speaker Pelosi has pushed to weaken our military. We need to strengthen our military, and Mac has fought to do that, as well as the members of the committee.”

On Speaker Pelosi using her majority for presidential harassment rather than delivering real solutions for the American people:

“You’re seeing on the floor again this week, Speaker Pelosi wasting her majority on presidential harassment, rather than focusing on the priorities of the American people. When you go around the country, you don’t hear people saying they want to continue going down this rathole of witch hunts and impeachments.

“The drumbeat of impeachment is very clear by the Speaker, and her whole leadership team. Last week, she even talked about putting the President in jail. You’ve had committee chairmen talking about impeaching the President with no facts to do it. So they’re on this witch hunt, this search to find something, as opposed to focusing on the problems of this country.”

On the continued crisis at our southern border, which President Trump is working to address:

“There is a crisis at our border. And the committee that deals—that’s set with the jurisdiction of dealing with the crisis at the border, is wasting all their time on impeachment instead. Look, you’ve got nearly 150,000 people [trying to cross] the border illegally per month. This number is a crisis.

“First of all, I commend the President for getting an agreement with Mexico just a few days ago. A commitment where Mexico has said, now they will put real troops on their southern border, which is where this tide, this caravan of people that are coming over illegally are coming from.

On the need for Speaker Pelosi to finally bring legislation forward to address the border crisis and to ratify USMCA:

“I call on Speaker Pelosi to work with us to address the problems that even Mexican officials have pointed out on our southern border, as opposed to this witch hunt and this march to impeachment.

“Again, what President Trump has done is at least focused on the problem. I call on Speaker Pelosi and her team to bring a bill to the floor to deal with this crisis at the border, to address the president’s request for supplemental funding so that we can properly address this serious problem.

“Then, hopefully, we move now towards getting USMCA passed. Again, something that’s out there, that’s lingering, that Speaker Pelosi needs to commit floor time to, that will actually create more jobs and better work opportunities for Americans, and help our partners both on the north and southern end. Canada and Mexico want to get this done. We need to get this done.”