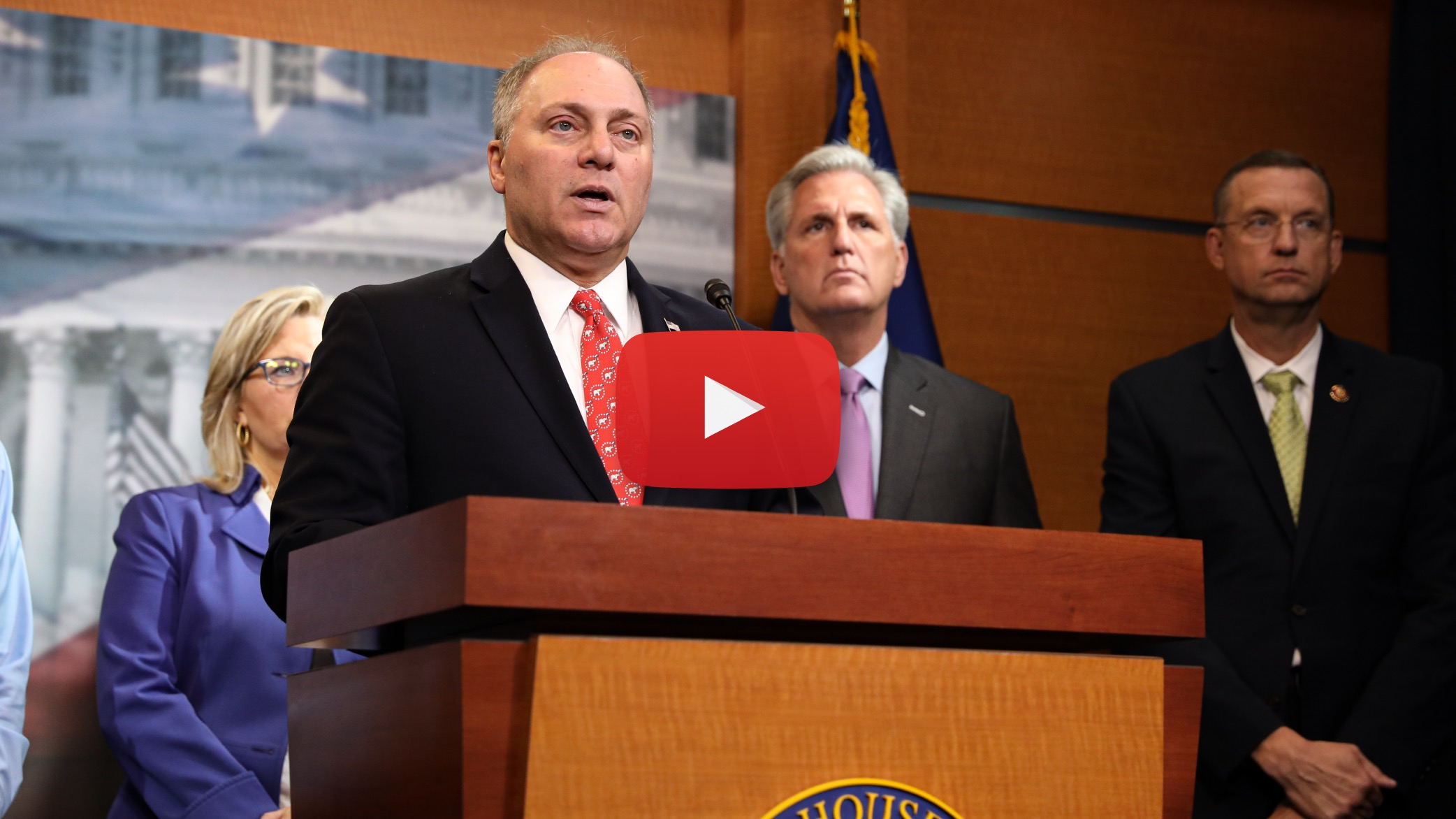 “Yesterday was a low point in Nancy Pelosi’s speakership. When you see a Speaker of the House come forward and accuse a President of the United States of breaking the law to the level that it should meet the definition in the Constitution of ‘high crimes and misdemeanors’ without even being able to name the crime, without having even read the report that she’s basing this wild and irresponsible accusation on, is the height of irresponsibility for the Speaker of the House to do that.

“Unfortunately, we have seen this drumbeat towards impeachment from her conference since the day Donald Trump got elected. They made it clear first with the ‘resist’ movement — they didn’t want to acknowledge he was elected. He was duly elected by the people of this country. There is an election next year where we can hash out who is going to be the next president. And when Donald Trump is re-elected, who knows if they’ll continue to go down that road, but the fact that they are using this majority to try to undo the results of the 2016 election is disgraceful. They can’t name a high crime and misdemeanor.

“If you are going to base it on a press report from a secondhand person that thinks they heard something, and that’s the most you’ve got to claim that crimes were committed, this is a serious responsibility that Congress has. Only three times in the history of our country has the House of Representatives brought forward articles of impeachment. Yet Jerry Nadler, when he took the chairmanship of the committee, just a few weeks ago, said that he wants to bring articles of impeachment to the House floor by the end of this year, when you ask them what are those articles of impeachment, they can’t name a single one.

“They thought the Mueller report was going to produce impeachable evidence and it didn’t. In fact, it showed the President didn’t collude. So instead of dropping it and actually focusing on the real problems this country faces, instead of bringing the USMCA bill to the floor, which would pass and create over 160,000 new jobs in America, which has broad support — Republicans and Democrats, labor unions and trade groups, instead of doing those kind of things, lowering prescription drug prices, when we brought bills out of committee unanimously to lower prescription drug prices, which is a major problem that families are facing, those bills could be signed into law today, creating new jobs and lowering drug prices for Americans, but instead Nancy Pelosi is wasting her speakership trying to undo the results of the 2016 election by impeaching the President with no basis.

“Now, if you look at the Constitution, it gives the House of Representatives the ability to impeach a president for crimes. It’s a check on the executive. Instead Nancy Pelosi is using impeachment as a check on the electorate, because she doesn’t agree with the results of the 2016 election where people elected Donald Trump president. There is going to be an election next year and we can litigate all of the differences between conservative, pro-business approach to free market enterprise versus socialism. Clearly they are moving towards socialism. But to abuse the power of the House and the speakership by trying to go after a President even when there is no basis of fact that she can name. She cannot name one high crime and misdemeanor, yet she still wants to move forward with impeachment.”